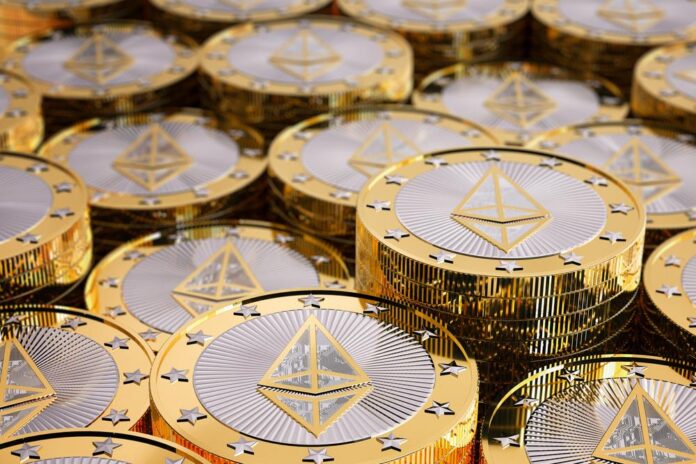 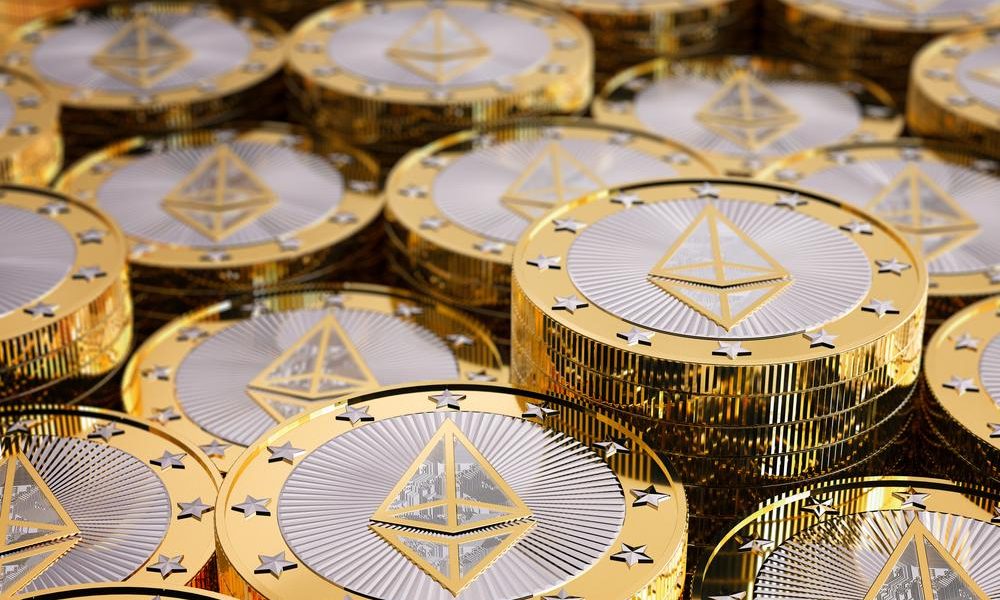 The latest product of the yearn.finance protocol, the yETH vault, is a new opportunity for investors to join the “DeFi fever”. The Ethereum vault, launched yesterday, offers returns from 60% to over 100% and can be used by all ETH owners. Its operation follows the original idea of the protocol created by Andre Cronje to make it easier for users to join the yield farming.

31 hours after its launch, the yETH vault already has over 335’000 ETH, which now earn over 90% APY. This means that about 0.35% of the current ETH offer is currently stored in this one yETH vault. A few hours ago, a Twitter user additionally reported that the yETH vault has become one of the largest in MakerDAO with 10% of the DAI offer. Moreover, the Maker DAI Bot presented the following impressive numbers.

How to earn Ethereum with the yETH vault?

The operation of the product is relatively simple. Any user can deposit funds ETH or in the yETH vault or Wrapped ETH (wETH) in the yWETH. Once the funds are deposited, the product takes the funds and assigns them to the MakerDAO CDP/Vault to borrow an amount in the stablecoin DAI. The funds in ETH or wETH are collateralized with a percentage of 200% and then allocated to the Y pool on the lending protocol Curve.

That way, users receive earnings from the CRV token farming along with trading fees. The token is “recycled” along with the fees and the mechanism of yETH vault buys ETH on the market. Anthony Sassano, founder of EthHub, has explains the process in the following way in a recent publication:

[After the user makes the deposit with ETH or wETH.] Next, the yETH vault will borrow DAI from this Maker vault and ensure that it stays at a 200% collateralization ratio (…). Once the yETH vault has this DAI, it will then deposit it into the yDAI vault, then add liquidity to the Curve Finance Y pool which is a stablecoin pool consisting of unequal weights of DAI, USDC, USDT and TUSD (…).

Now the yETH vault is earning trading fees from the Y pool and staking the yCRV tokens on the Curve DAO in order to farm CRV. Periodically, the yETH vault will sell the CRV tokens for ETH on the open market and add that ETH to the vault which increases all yETH holders share. 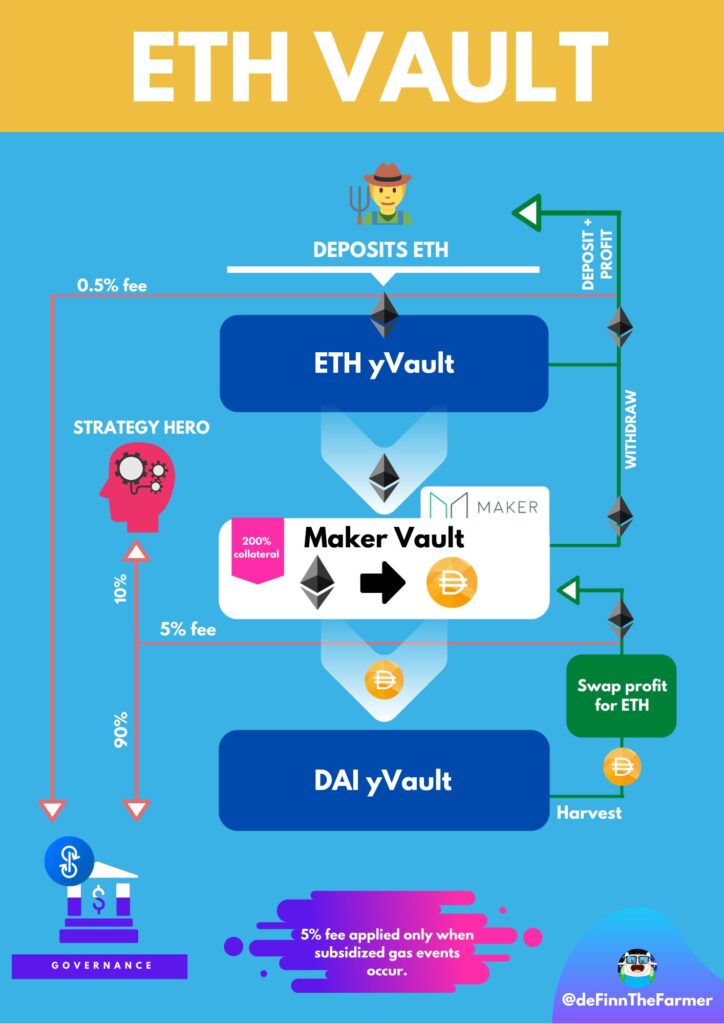 The most interesting and innovative aspect of the product is that it promises the user profits without the need to understand or follow each step one by one. In addition, the yETH vault or yWETH vault are covered against the most significant risk when using decentralized loan protocols: liquidation of the funds provided as collateral. Through a system known as “oracle security module (OSM)”, the product allows users to be exposed to risk without thinking about market volatility, at least in theory. The system works as follows, as Sassano explained:

The reason it has 1 hour to do this is because MakerDAO has a built-in system called the “oracle security module (OSM)” that basically gives CDP/Vault owners 1 hour to pay down their debt. Basically, this means that if ETH suddenly falls from $450 to $350, the yETH vault (or any CDP/Vault) has 1 hour to pay down the debt at the last oracle price ($450) before the Maker oracle updates to $350 (which would put the yETH vault at under a 150% collateralization ratio and it could be liquidated). The nice thing about the yETH vault itself is that it can directly talk to the OSM which means that it knows what the next oracle price will be 1 hour in advance.

The withdrawal fee is only 0.5% and users can withdraw their funds at any time. All profits will be received by the user in the form of ETH. Additionally, by enabling a product on Wrapped Ethereum (wETH) users can make more efficient use of their funds. This is because this tokenized version (ERC-20) of ETH interacts with the protocols in an “easier and cheaper” way, as Sassano stated.