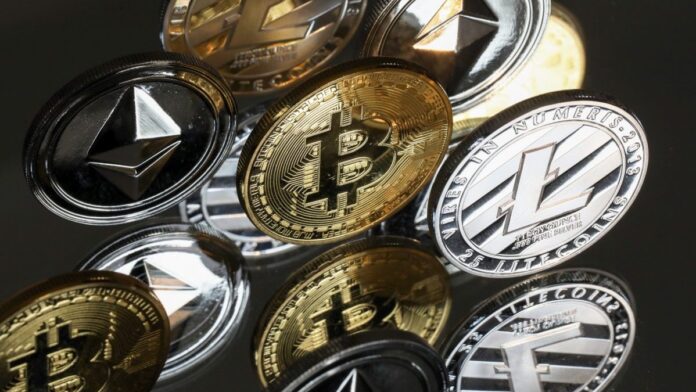 Talk about cutting off the nose to spite the face: For a second time, India wants to ban cryptocurrencies.

Harnessing the power of tokens residing on distributed ledgers can save the world’s biggest recipient of money transfers billions of dollars annually. Regulating digital assets and allowing the industry to grow can also keep India in the reckoning as both China and Silicon Valley try to reshape the global payments industry.

But instead of trying to match President Xi Jinping’s resolve to make blockchains the focus of China’s next big technological push, New Delhi wants to retreat — when it was just about to move forward. Earlier, a central bank directive had ordered commercial lenders to stay away from customers dealing in digital assets. But after the Supreme Court overruled the monetary authority in March, the Finance Ministry has decided to introduce a law to prohibit cryptos, the Economic Times reported recently.

Any such law might still get challenged. Binance Holdings Ltd., the top spot exchange for virtual currencies by trading volume, is joining a crypto lobby group in India. The industry doesn’t want to go down without a fight in an important future market. Yet for a nascent local talent pool just beginning to feel hopeful about its prospects, an existential crisis has arrived instead.

A perverse outcome will be to drive Bitcoin and other private alternatives to fiat money underground; transactions will occur outside the banking system and stay under the radar of regulators. Money-laundering and terror-financing risks won’t go away. They’ll just become harder to detect. Bad crypto will drive out good crypto. Top brains will leave India or look for other problems to solve.

Who stands to lose the most? Last year, Indian families received $83 billion from members working overseas, more than any other country. Capital controls make it harder to take funds out, but at $19 billion, outbound flows for education, travel, or overseas asset purchases by residents were still significant.

The coronavirus will no doubt make 2020 the annus horribilis for migrants. The World Bank Is forecasting a 23% slump in remittances to India. In these times, every dollar saved by a nurse from Kerala who’s helping Covid-19 patients in the U.S. and supporting a family thousands of miles away matters more than ever.

Yet it costs in excess of $10 to send $200 to India. And 5.3% is the average. Singapore-to-India transfers are cheap at 2% because the two countries allow each others’ major lenders a presence. By contrast, the Thailand-India corridor, which requires handovers across a chain of correspondent banks, could cost 12%. Or $24 on a $200 transfer.

Expenses pile up as sending institutions must maintain idle liquidity with correspondent banks in foreign countries, earning little and running the risk of currency depreciation. Cryptography is helpful in such situations. Establishing ownership of funds with hard-to-crack secrets bypasses the need to establish trust with costly pre-funded accounts.

And if hackers can steal hundreds of millions of dollars of digital assets, blind trust in an accounts-based system often costs more. As the Wirecard AG scandal shows, investors can wake up one morning and realize that 1.9 billion euros ($2.1 billion) they thought had gone to the German payment processor’s accounts in the Philippines probably didn’t exist.

Meanwhile, the Philippines, which also gets large remittances, allows money to come in as XRP virtual tokens and get converted into pesos. It takes seconds and is 40% to 60% cheaper than traditional means, according to Ripple Labs Inc., the U.S. digital money transfer firm behind XRP.

As Ripple argues, for crypto processors to operate in India, the government needs to follow the Singapore model of categorizing digital assets. Some, like Bitcoin or Ethereum, are means of payment. Others are security tokens that give the holder rights similar to stocks or bonds. The regulatory noose around them has tightened after many initial coin sales defrauded investors. In between are utility tokens, which are like in-store vouchers. They give rights, but only on a blockchain.

Allowing rupees to be swapped for permissible payment tokens in regulated quantities, and for the latter to be used without contravening the country’s foreign-exchange management law, would be the logical next steps. Instead, India’s regulators seem to be living in a fantasy land where they hold blockchain to be good, but crypto assets to be evil.

At first glance, they seem to be copying the Chinese playbook. While elevating distributed ledgers to a “strategic frontier technology” since 2016, Beijing has rejected the notion that bitcoin is legal tender. However, it hasn’t banned people from holding it as a commodity. This year, it even started piloting a central bank-issued digital yuan. If U.S.-China relations continue to nosedive, Beijing wants to be prepared with an alternative to the Western financial system, a parallel track to Swift.

Soon enough, Facebook Inc.-sponsored Libra will come in with its own vision of a modern payment system. Even a small nation like Singapore is exploring the potential of central bank virtual currencies with its Project Ubin. If New Delhi wants a voice in a world of two clashing superpowers, and competing networks for moving money as cheaply as information, it needs to build its own capabilities. A ban will be self-defeating. India needs crypto, both for financial inclusion today and strategic heft tomorrow. –Bloomberg

ThePrint is now on Telegram. For the best reports & opinion on politics, governance and more, subscribe to ThePrint on Telegram.