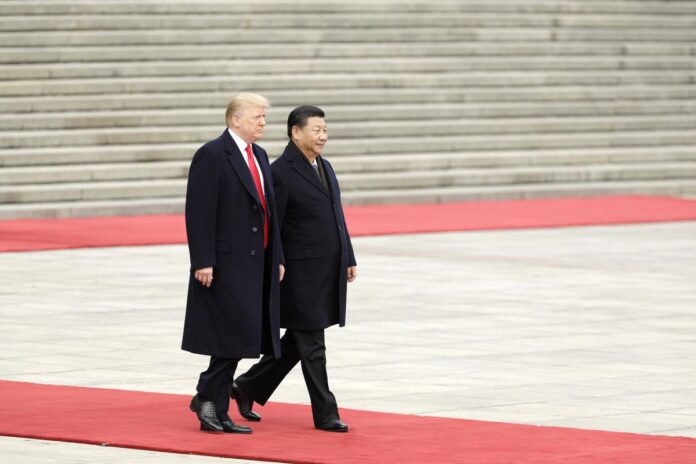 With increasing US-China tensions, and an increase in the demand for the digital dollar after inefficiencies in the stimulus process for coronavirus were detected, China and the United States, the world’s two largest economics, might look to converge towards digital versions of their domestic currency.

Central banks around the world from Europe to China are rushing to pilot and understand digital currency variants. China and the United States are just the most relevant and perhaps the most notable.

The digital yuan, China’s DCEP, has been in the works for quite a while. While the Federal Reserve denies that an American variant is being actively developed, the Fed has already assessed the possibility and legistators in Congress from the Senate to the House have looked into creating a digital variant of the dollar and asked for testimony on the subject.

In a sense, this is just an extension of a monetary authority’s traditional authority over digital variants that are used to feed money back and forth between retail banks and the central banking system — replacing physical cash with digital variants. The vast majority of money supply in the world is already digital (90%+ or so). What central bank digital currencies propose is to transform the most obvious variant that isn’t and which is closest to retail consumers rather than wholesale banks — cash — into a digital form.

Yet, this simple transformation hides a lot of complex realities. It makes money and currency in the hands of consumers more fungible (right now, very small transactions and coins are not something easy to handle and interchange), it makes payments more efficient between governments and individuals with less transaction costs, and it surfaces a layer of data collection on a country’s people that has simply not existed before.

With paper currency, you can make transactions in the economy that are very difficult if not completely impossible to aggregate. With a digital system, you can create rich financial profiles and transactional flows. Our financial data oftentimes tells more intimate story on our lives than we might think.

AMZN
purchases and those at different stores could show a person’s lifestyle and habits. Spending on health and certain products can reveal deep intimate truths about somebody. Spending patterns between people can reveal relationships between different people. Donations and purchases of books might reveal inner ideology and support. These are all truths we may not want everybody in the world to know.

This is why cryptocurrencies matter so much. Digital currencies controlled by governments will allow for granular control over people’s affairs and surveillance long before proper safeguards can be contested in the rule of law.

Governments are also likely to offer less options when it comes to true self-custody — the United States and its allies, after all, fought encryption strong enough to thwart its domestic intelligence agencies and to this day, the Attorney General of the United States wants to create backdoors in personal encryption. The state will always seek to consolidate more data in order to fight against its perceived offenses — this is true of the Chinese state or the American state. No matter the differences in their structures, their incentives are largely the same.

With the almost inevitable digitization of money in both as well as around the world, the matter of different domestic currencies and cryptocurrencies becomes one of who you trust to control this data. Is it the legal systems present within these large world powers, or do you want to express different levels of privacy according to your own discretion?

Even if you don’t believe that the legal system in your country is overbearing, legal standards for privacy are evolving slowly now. It’s entirely possible that the government, even liberal democracies, will have capabilities that could feel like a dystopia and which Constitutional makers never thought possible for a government to have — perfect financial history without access to a ledger or any physical artifact at home.

And liberal democracies do not last forever. In times of conflict and strain, pluralistic democracies have fallen into autocracies whether through civil war, revolution or elections. What might be inconsequential metadata now might morph into something existentially threatening under the wrong circumstances.

Cryptocurrencies act as a strong hedge against this, since you can transact value without it being strictly tied to one jurisdiction or another. The nodes that power different cryptocurrencies reside in different parts of the world (and some are being launched into space), ensuring exposure to a more diverse range of perspectives, and difficulty if not outright impossibility for censoring the network.

While you’ll have different options to register your metadata to get access to cryptocurrencies, anywhere from centralized exchanges that trade accessibility for privacy to a certain degree to strict self-custody that never ties your real-world identity to your digital transactions, governments that force you to register your state identification for access to phone numbers as in the case of China are unlikely to offer you much in terms of choice.

Governments may also well seek to censor digital currencies, just as PayPal and other corporate providers have been forced to do for groups or even individuals as seen in the WikiLeaks case. This is especially true of governments that already censor the Internet to avoid politically sensitive content such as the Chinese state.

Cryptocurrencies promise a more content and user-neutral approach. Transactions are valid so long as they fit within the consensus rules — there’s no admin-level setting or “God mode” that could come in and deny an individual user access to their funds.

It’s inconceivable that governments that have asked for backdoors for encryption would not want to maintain some level of control over their digital currencies.

And while chain analysis firms and exchanges may collaborate with the state or be forced to hand over user data and metadata in order to fully integrate fiat with cryptocurrencies in certain countries, the fact that cryptocurrencies are a country-agnostic system with nodes that can join around the world — a participation-first community rather than a gated latticework controlled by the state and its allied corporations — help keep it true to its principles of transaction neutrality and uncensorable chains.

Cryptocurrencies matter in the upcoming conflict between digital currencies because they offer a third option and hedge in different situations where state powers may seek to repress their own people and enter into conflict with one another. Cryptocurrencies empower individuals to maintain their financial history and express their financial flow in the manner of privacy they see fit — a freedom central bank based digital currencies are unlikely to offer.