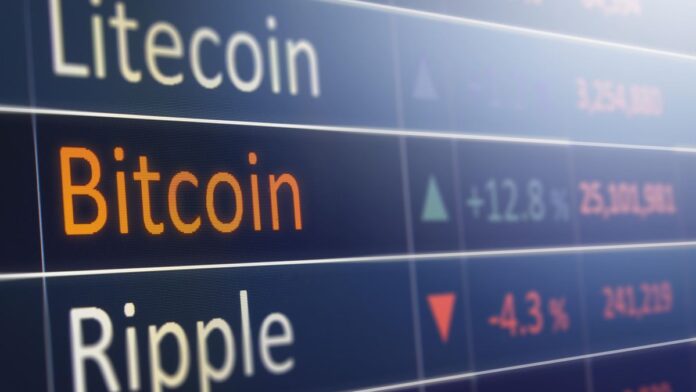 The U.S. Internal Revenue Service (IRS) is considering the introduction of a box on the first page of the 2020 tax returns asking contributors specifically if they have sold, received, sent, exchanged or acquired any financial interest in any virtual currency during the financial year in question, that taxpayers must answer unequivocally by ticking either the “Yes” or “No” box.

The question, which first appeared on the 2019 return but in a section not all taxpayers had to answer, now moves to a place of full prominence, right at the beginning, under the fields for name and address. The question has a clear purpose: in addition to investigating the extent of the use of cryptomonies among, it aims to make it easier for the IRS to win cases against taxpayers who have not declared their cryptomoney assets, who will no longer be able to argue that they were unaware of the obligation to pay taxes on them. In 2009, the IRS used that same strategy to curb deposits in offshore accounts, which has made possible the regularization of more than $12 billion since.

The measures taken by the IRS coincide with other initiatives in other parts of the world that aim to make crypto-currencies increasingly official: China’s strategy, prepared ahead of the upcoming launch of its official crypto-currency, is based not only on leveraging the advantages of electronic currencies, but also to increasing control over the activities of its citizens. Beijing has already been working on an ambitious public transaction infrastructure based on blockchain (BSN), which is integrated into six public chains: Tezos, NEO, Nervos, EOS, IRISnet and Ethereum.

The European Union last week outlined a regulatory framework for assets in crypto- and stablecoins. In other parts of the world, such as Africa, the use of cryptocurrencies such as bitcoin is growing significantly because it protects users from losing money from fluctuations of their currencies’ to the dollar, which has led to monthly transfers of cryptocurrencies to and from Africa of less than $10,000, usually by individuals and small businesses, increasing by more than 55% in one year, to reach $316 million last June, while the number of transactions grew by 50% to around 600,000.

The signs are that crypto currencies are entering a new stage: while many crypto-currencies continue to be declining, due to instability and schemes to manipulate them, others, particularly some stablecoins such as Tether, are becoming more commonplace and are used profusely to evade control over capital movements, while Facebook’s ambitious Libra, has been rejected by regulators because of the company’s poor record on privacy.

Bitcoin is particularly interesting: this week, we learned that 88% of all bitcoins that will ever circulate have been mined, a milestone that could indicate a progressive stabilization of its value in the long term: taking into account that the total supply of bitcoins is limited and predefined in the Bitcoin Protocol at 21 million, the reward given for mining one decreases over time (the Bitcoin reward is divided by 2 every 210, 000 blocks, approximately every four years), and that some bitcoins in circulation are likely to be lost forever or unusable due to errors such as lost passwords, incorrect output addresses or errors in the output scripts.

The optimism of bitcoin whales such as the Winklevoss brothers, who claim that the value of a single bitcoin will surpass half a million dollars, contradicts more conservative views such as that of the Omaha oracle, Warren Buffett, who claims that cryptocurrencies are worthless, or the Nobel Prize winner in Economics, Joseph Stiglitz, who thinks we should shut them all down, something that would be completely impossible due to the decentralized management of many of them. If one thing is certain, it is that, as the MIT Tech Review said in December 2019, cryptomonies will soon make us feel uncomfortable, and that in reality, as my esteemed colleague Mauro Guillén states in his book “2030: How Today’s Biggest Trends Will Collide and Reshape the Future of Everything”, we have barely scratched the surface of its full potential.

Meanwhile, if you have assets in cryptocurrencies, think about what you are going to do when your government asks you to declare them. From ignoring their existence to wanting to tax them tells us what comes next: cryptocurrencies are here to stay.