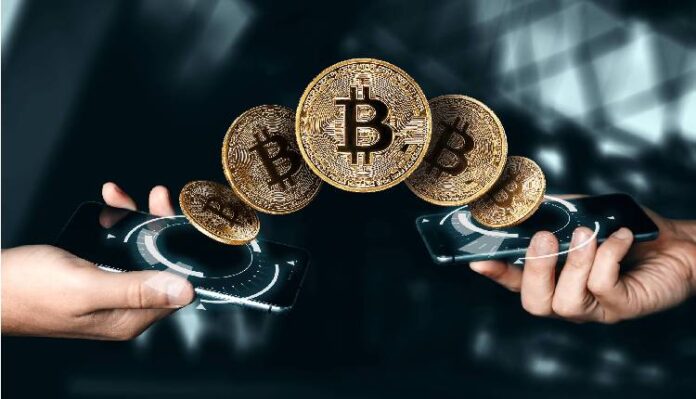 By Rashmi Deshpande and Abhishek Naik

“The purpose of education is to replace an empty mind with an open one.”
— Malcolm Forbes, Former Editor-in-Chief, Forbes Magazine

The Supreme Court, in its judgement in the case of Internet and Mobile Association of India v. Reserve Bank of India[ Writ Petition (Civil) Nos. 528 and 373 of 2018] set aside the RBI Circular directing banks and financial institutions to refrain from providing services for facilitating any person or entity in dealing with or settling Virtual Currencies (VC), for being a disproportionate regulatory measure.

While this was indeed a significant development for persons/entities trading in VCs and the VC exchanges themselves (whose activities were crippled owing to denial of banking assistance), the decision also contributed to uplifting the general sentiment of millions of cryptocurrency enthusiasts who were eagerly hoping for a positive shift in the Indian cryptocurrency discourse.

While trading in VCs was never formally outlawed in India, the RBI had consistently warned users, holders and traders of the potential financial, operational and security related risks perceived by it in activities pertaining to VCs. Moreover, the Central Government had twice attempted to formally regulate VCs – once in 2018 by the Crypto Token and Crypto Asset (Banning, Control and Regulation) Bill, 2018 and thereafter by the draconian Banning of Cryptocurrency and Regulation of Official Digital Currency Bill, 2019, with the latter expressly banning mining, holding, selling, trade, issuance, disposal or use of cryptocurrency in the country.

None of these bills were enacted and thus never saw the light of day.

Coming back to the Court’s decision, it is curious that the RBI Circular was set aside on the sole ground that it effectively resulted in paralyzing the VC exchanges for an activity which was not banned in the country and had not caused an adverse impact on the entities regulated by the RBI. All other arguments advanced against the RBI Circular – most notably the contention that RBI had no power to regulate VCs since they did not represent legal tender – were rejected by the Apex Court.

On the contrary, the power of RBI to operate and regulate the currency and credit system in the country (also including VCs) was upheld. Specifically, the Court held that if an intangible property such as VC can act under certain circumstances as money, then the RBI was authorized to regulate it. On the other hand, the Central Government is already empowered to make laws with respect to currency and legal tender[ Article 246 of the Constitution read with Entry 37, List I specified in the Seventh Schedule thereto]. The combined result of the above is that both the Central Government and the RBI are now competent to regulate VCs in the country. The question therefore is – what should the new legislation look like?

Media reports suggest that the government is on its way to introduce a legislation, effectively banning VCs.  This is largely unsurprising since the RBI has been cautioning against the use of VCs since a long time and the government had attempted to enact a similar legislation last year. Banning is obviously perceived to be the simplest option. However, one must not lose sight of the fact that VCs are here to stay. Sooner or later, VCs are going to find their way in conventional markets and India must be ready with its own regulatory framework by the time their use becomes commonplace. A blanket ban on the use of VCs additionally poses a risk of activities being driven underground, further complicating the enforcement process.

The concerns surrounding this new technology remain the same as before – lack of an underlying, no regulatory control over the value, absence of protection to consumers/investors, and potential risks of laundering or terrorist financings. However, it can be reasonably contended that none of these are issues that cannot be regulated. Admittedly, enacting a comprehensive regulation on cryptocurrencies is no mean feat, but a concerted effort by agencies like the RBI, Securities Exchange Board of India (SEBI), Ministry of Finance and Ministry of Electronics and Information Technology coupled with interventions from leading industry stakeholders would certainly result in development of an inclusive regulatory framework that balances the interests of all concerned.

There are a number of regulatory alternatives, short of a complete ban, which if implemented could considerably lower the risks outlined above and ensure that transactions do not remain completely anonymous. Some of them include development of a dashboard and central repository, allowing trading at exchanges specifically recognized for this purpose, maintaining a “whitelist” of crypto companies, maintaining registry and logs of crypto holdings with licensed depositories, enforcing stringent KYC norms, etc. Certain foreign jurisdictions have adopted the “regulation by analogy” route – essentially moulding legacy legislations to accommodate VCs, while several others have attempted to enact tailor-made legislations to suit the unique requirements of VCs.

Since these are early days, it is difficult to predict the success of either. However, the option hitherto allegedly advocated by India (of an outright ban) is the least desirable.

Considering that the domain of VCs is complex and evolving, the onus is upon the government to proactively engage in pre-legislative consultation and seek to build a policy consensus before introducing any regulatory framework. While the bill introduced in 2019 provided for approval of a “Digital Rupee”, that would have ironically resulted in centralization of a technology, the benefits of which are available only when it is decentralized. The concerns surrounding this new technology need to be objectively pegged against its benefits (low transactions costs, confidentiality, individual ownership and greater security, to name a few) and any legislation on the subject should be drafted from the touchstone of advancing the greater economic good.

It is vital to understand that the success of any new disruptive technology can only be measured by market forces. India already has about 1.7 million verified VC users which shows that consumers have already embraced this new technology. Further, markets in most open economies function absent government interference, in line with the laissez-faire theory.

Accordingly, the role of any modern government should not be to control businesses, but only regulate them. India had imposed a blanket ban on drones way back in 2014, but has since diluted the regulations considerably recognizing the merits of the technology. Similarly, India must consider bringing about suitable guidelines for use of VCs, to stay ahead of the curve.
The time is ripe for the country to adopt a more progressive stance towards disruptive technologies.

The ongoing COVID-19 pandemic has already pushed the country towards greater adoption of technology, much sooner than anticipated. With digital payments being a regular feature in the country (thanks to technologies and applications such as Paytm, RuPay, BHIM UPI), India has certainly not missed the bus insofar as adoption of new-age technology is concerned. In fact, we have paved the way with apps like Aarogya Setu for other countries to follow.

There is no reason why similar accommodations should not be extended to VCs.With this head start and armed with the Supreme Court’s decision, an outright ban would certainly be disproportional in the absence of demonstrated adverse impact on traditional players. India should take a relook at its policy on VCs and aim to strike a balance between mitigation of risk and promotion of benefits. With proper regulations in place, India may be well-placed to lead the next wave of disruption.

— Rashmi Deshpande is a Partner and Abhishek Naik is an Associate at Khaitan & Co. The views of the authors in this article are personal and do not constitute legal / professional advice of Khaitan & Co.

If you have an interesting article / experience / case study to share, please get in touch with us at [email protected]