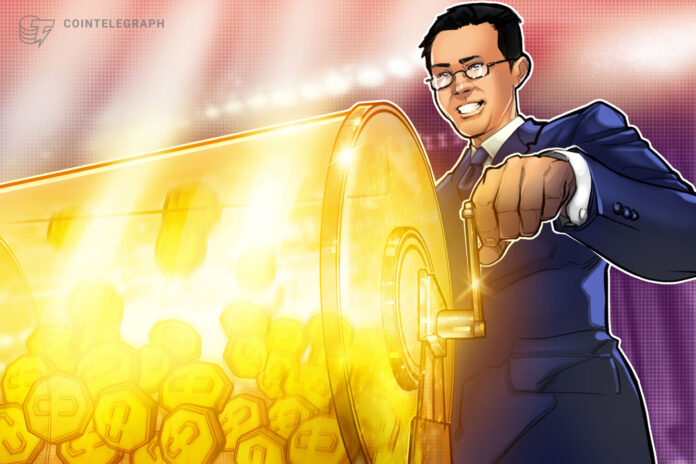 On Tuesday, Tether announced a sizable swap of USDT from the Tron blockchain to the Ethereum protocol. Tether explained that the amount of USDT in circulation would remain the same, meaning that USDT (TRC-20) will be burned and the same number of tokens will be issued on Ethereum.

Tether makes use of several blockchains to host the circulating supply of USDT, which allows users to bypass congestion in a certain chain if the need arises. This system also makes USDT use easier for users invested in a certain platform to continue transacting in USDT and makes the stablecoin somewhat of a platform-agnostic project.

According to data from Flipside Crypto, the swap was conducted by or through Binance that sent USDT (TRC-20) to Bitfinex in exchange for the same amount of USDT (ERC-20) tokens, as can be seen in the graphic below.

Did Tron and Binance fall out?

Although this change may seem fairly trivial or inconsequential to casual USDT users, $300 million isn’t exactly pocket change. Those who watch the crypto space closely will wonder what the exact reason for the swap was. Has there been some sort of falling out with Tron, or is something going exceptionally well for Ethereum?

Given that one of the dominant tokens on the Tron blockchain is USDT, the change can have a considerable impact on the network and its image.

Analysts from Flipside Crypto suggested that one possible reason for the swap is that Tron was paying a premium to keep Binance’s USDT on its blockchain, and this deal may have now come to an end.

Another possibility is that Binance, or one of its customers, wants to participate in yield farming using ERC-20 tokens. Decentralized finance has recently become the center of attention in the cryptosphere, as the possibilities for generating passive income are quite lucrative.

The recent buzz created around DeFi has even led to strong rallies for some of the tokens associated with DeFi platforms. To date, tokens like Aave (LEND) and Compound (COMP) have gained 208% and 248%, respectively. COMP has also quickly become the largest DeFi protocol in terms of total value locked.

The Compound protocol allows participants to earn additional COMP tokens as a reward for lending and borrowing. Coupled with the standard rewards and interest provided to lenders, the added incentive of earning COMP as a reward makes the activity highly attractive as a source of passive income. This process has become known as “yield farming.”

As such, the USDT swap could be attributed to the desire to participate in high-yielding DeFi projects. However, there could be other reasons for this shift that may come to light at a later date.

At the time of writing, Compound has around $1 million in assets locked across nine markets, including 84 million USDT accruing 2.97% interest.

While the massive swap can certainly be seen as positive news for Ethereum and its DeFi economy, it can also be a cause of concern. The Ethereum network is also known for being plagued by scalability and congestion issues that often result in slower transaction times and higher fees.

However, as Ethereum 2.0. and other solutions continue to be developed, these issues may soon be mitigated.

Nevertheless, it seems that USDT does not depend on the success or longevity of any particular platform. As an independent project, swaps can be made as needed, which allows Tether to adapt to the needs of the crypto ecosystem.