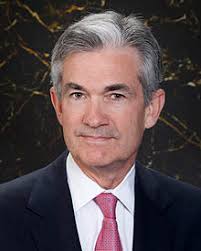 President Donald Trump is likely to announce Federal Reserve governor Jerome Powell as his nominee to be the next chairman of the U.S. central bank, according to a person familiar with the matter.
Commodities Market Looks to Capitalize on Push Toward Electric Vehicles
The London Metal Exchange is planning to launch futures contracts for battery metals as early as the start of 2019, the latest example of how the commodities market is hoping to capitalize on the push toward electric vehicles.
GOP Plan for a Speedy Tax Overhaul Faces Uncertain Road
House Republicans are set to toss a giant tax bill into the capital’s autumnal winds Wednesday.

That could turn into a rousing victory for Republicans, a scaled-back compromise or a collapse.
How a $2,400 Cap on 401(k) Deductions Would Affect Your Savings
Millions of workers of all ages and income levels stand to be impacted if the tax deduction on 401(k) savings is reduced.

Why Are Markets Rising Everywhere? Investors Can’t Stop Buying Every Dip
Markets around the globe are surging to records, reflecting growing optimism about the world economy and fueling an increasing eagerness by investors to step in and buy assets whenever prices dip.
States Push Equifax to Explain Why It Took 6 Weeks to Disclose Hack
Attorneys general in at least five states are pushing Equifax to explain why it took six weeks from when it first detected suspicious network activity to when it publicly announced the breach that potentially compromised the personal information of 145.5 million Americans.
Nasdaq Claims It Is the Victim of an ETF Heist
The exchange is suing a New Jersey firm, alleging it stole an exchange-traded fund franchise that includes the world’s biggest cybersecurity ETF.
U.

S. Investigating Foreign-Exchange Trading at Wells Fargo
Federal prosecutors are investigating foreign-exchange trading at Wells Fargo and have subpoenaed information from the firm, which recently fired bankers in that business, according to people familiar with the matter.
Your Computer May Be Making Bitcoin for Hackers
Hackers are commandeering the horsepower of unwitting victims’ computers to secretly generate cryptocurrencies, hoping to cash in as the price of bitcoin has soared to $6,000.
UBS Profit Rises as Wealth-Management Bet Pays Off
UBS said its third-quarter net profit rose sharply on gains in its wealth-management and investment units, supporting the bank’s strategic shift.