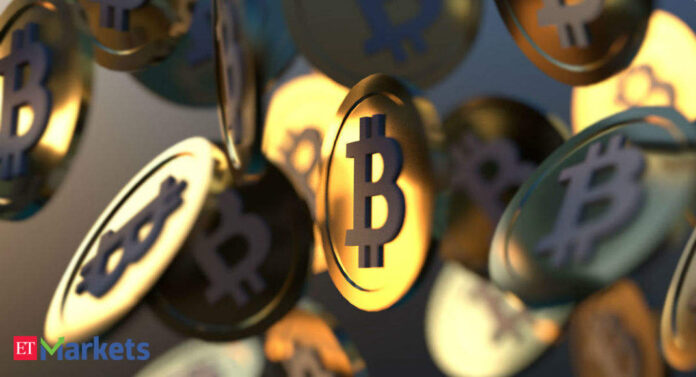 Mumbai: India’s key cryptocurrency platforms saw transactions nearly triple and new users more than double in the weeks leading up to what is known as ‘halving’ of bitcoin on Monday, industry insiders said.

Cryptocurrency exchange platform Wazir X saw trading volumes increase by 275% in the last one month, while Unocoin said customer signups increased 200% in April, ahead of the halving event.

For traders of bitcoin, a popular cryptocurrency, ‘halving’ is a significant event because scarcity underpins its value. Only 21 million bitcoins exist in total. To receive bitcoin as reward, people (who in industry parlance are termed “miners”) follow a set of complex protocols to solve puzzles. So, the halving of rewards — for example if one used to get 12.5 bitcoins earlier to solve a puzzle, it gets reduced to 6.25 bitcoins – automatically means there is a shortage of bitcoins.

In bitcoin history, the first halving happened in 2012, while the second took place in 2016.

“Cryptocurrency in India is emerging like the TikTok (popular short-videos platform) of investments,” said Nischal Shetty, CEO of WazirX.

“Young people who have disposable income and are digitally savvy are taking to bitcoin because globally interest rates are falling,” he pointed.

Millennials must, however, exercise caution while trading in bitcoin, at a time when the cryptocurrency is being preferred ahead of traditional assets like equity or gold, industry experts said.

In fact, the Bitcoin community often uses the term ‘Hold on to dear life’, or HODL, to be cautious while making investments in bitcoin.

“History suggests that only short-term investors have lost money on bitcoin. My advice to investors would be to get into an investment with long-term returns in mind. Over any period of four years since the inception of bitcoin, the returns have always been very healthy,” Shetty said.

Wild swings in prices of bitcoin is common.

On March 12, the cryptocurrency fell to $3,867.09, when even traditional investments also saw a selloff.

However, its price increased steadily and on Thursday evening was at $9,627, as per data from Coinbase.

Sathvik Vishwanath, the co-founder and CEO of Unocoin, also said making a quick buck may not necessarily be a successful strategy.

“I would advice caution to short-term investors. In the previous halving in 2016, the price significantly increased between the seventh and 18th month. After the event happened, there was a snowball effect, but it takes time for the market to see the potential or impact of the event,” he said.

Much like in 2017, when bitcoin and other cryptocurrencies saw a number of new investors and millionaires being minted, some experts said 2020 holds the same significance for the Indian crypto investor community.

“In the Indian crypto community, 2020 is being already considered the most important year because of the developments that have happened over the past five months,” said Ashish Agarwal, founder of BitBuddy. “There is more awareness and public attention. However, the advice for new investors would be to not purchase unreliable crypto assets chasing returns. Currently bitcoin is the safest option.”

In March, the Supreme Court struck down curbs on cryptocurrency trade in India. Since then, cryptocurrency trading has seen a revival. So far in the year, bitcoin has been getting positive endorsements in mainstream trading circles, most notably with veteran hedge fund manager Paul John Tudor II reportedly confirming on Monday that 1- 2% of his assets were in bitcoin.

“For a long-term investment option, it is fine but in the short term you could stand to lose significantly. Like any asset class, trading is best left to professionals. For new investors, buying some cryptocurrency and leaving it in a cold wallet and returning to it in 2-3 years would be a good idea.”