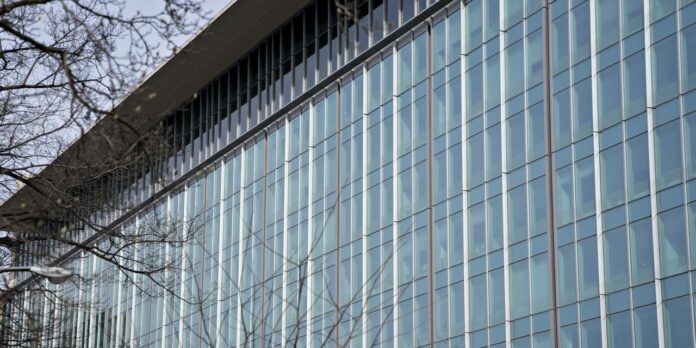 The Office of the Comptroller of the Currency is hoping more regulatory guidance will help traditional banks warm up to cryptocurrency.

The Treasury Department unit, which supervises national banks and federal savings associations, has issued interpretive letters in recent months to spell out its view of how traditional financial institutions can do business involving digital currencies.

Our Morning Risk Report features insights and news on governance, risk and compliance.

The agency is trying to counter the perception held by some traditional banks that transactions involving cryptocurrencies present heightened risks that require lengthy and expensive due-diligence checks.

“They feel like the whole crypto world is a bit too risky for them, and many of them are reluctant to dip their toes in the water,” said Daniel Stipano, a partner at law firm Buckley LLP and previously a deputy chief counsel at the OCC.

Brian Brooks, who has been acting Comptroller of the Currency since May, wants to set up systems that will enable banks to adopt digital currency safely. “We’re trying to demystify crypto,” he said.

Links between cryptocurrency and criminal activity remain a top concern among financial professionals and regulators, according to a September survey of financial institutions, regulators and cryptocurrency exchanges. About 63% of respondents who work in the banking industry perceive cryptocurrency as a risk rather than an opportunity, according to the survey, conducted by the Association of Certified Anti-Money Laundering Specialists and the U.K.’s Royal United Services Institute.

The American Bankers Association, in a comment letter sent in August, suggested the OCC help address banks’ concerns by clarifying anti-money-laundering compliance expectations related to cryptocurrencies and by encouraging other regulators to adopt consistent guidelines.

In recent months, the OCC has clarified its position on cryptocurrency issues.

In July, it issued an interpretive letter saying that national banks and federal savings associations are authorized to provide cryptocurrency custody services for customers, including holding unique encoded keys associated with digital currencies.

Last month, an OCC note said national banks and federal savings associations may hold deposits that act as reserves for certain stablecoins as a service to bank customers. Stablecoins, a type of digital currency backed by an asset such as a commodity or fiat currency, such as U.S. dollars, have the potential to increase efficiency on a broad scale and are more in demand, the OCC said.

The agency clarified that its interpretation of deposit services applies only to stablecoins associated with “hosted wallets”—programs that store the cryptographic keys for account holders—and, for some types of stablecoins backed by a single fiat currency on an one-to-one basis.

The agency said it needs to provide clear direction because some of the biggest banks in the U.S. already hold billions of dollars in reserve deposits backing some stablecoin projects, Mr. Brooks said. The OCC also said in its September letter that there is demand from companies that issue such stablecoins to place their backing assets in a reserve account with a national bank to “provide assurance that the issuer has sufficient assets.”

The potential of stablecoins for mass adoption also has been recognized by the Financial Action Task Force, a global anti-money-laundering watchdog. However, in a report to the G-20 finance ministers in July, the FATF said mass adoption of stablecoins could make them more vulnerable to criminal abuse and illicit activities.

Mr. Brooks said the percentage of fraud or criminal activity, such as money laundering and human trafficking, involving cryptocurrency remains low, compared with those that go through the traditional banking system.

“It’s important that we have a risk tolerance for these things,” he said. “We understand that criminals will take advantage of whatever system is at their disposal.”

There is the possibility that banks providing services for stablecoin issuers may not know the customers they are holding cash for, Mr. Brooks said. To help manage the risks arising from offering depository services involving cryptocurrency, banks need to conduct third-party due diligence before onboarding a cryptocurrency issuer as a bank customer, he said. They could also validate the cryptocurrency issuer has a know-your-customer program by asking for their policies or by conducting an audit, he said.

The OCC also is looking to address whether banks can look to underlying blockchains as payment networks, similar to how banks use the Society for Worldwide Interbank Financial Telecommunication, known as Swift, or the Federal Reserve Wire Network, according to Mr. Brooks.

Some other issues the OCC hopes to clarify include whether other cryptocurrencies, specifically privacy tokens, are permissible assets for banks to hold, trade or lend on, Mr. Brooks said.

Bringing cryptocurrency into the visibility of bank supervision will help them combat criminal activities, such as fraud and money laundering, Mr. Brooks said, comparing the adoption of digital assets to the early days of the internet.

“In the early days, because of status-quo bias, people tend to focus on the most conservative, overly restrictive interpretation of the risks in ways that delay adoption of something that later turns out to be like the greatest thing that ever happened,” he said. “And what we’re trying to do is to not make that mistake this time. We’re trying to call balls and strikes. And be careful about the legal risks while unleashing the power of the technology.”