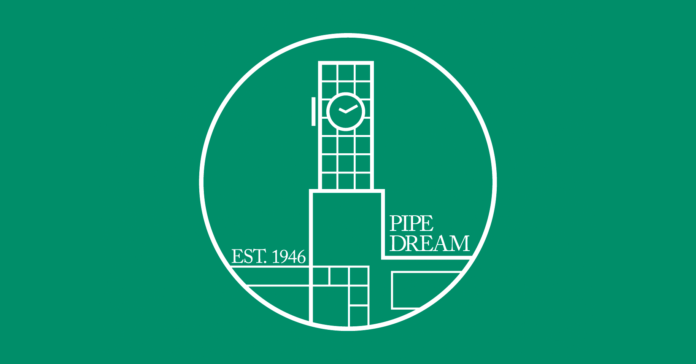 Pipe Dream interviewed Russell Korus, co-founder and chief executive officer of EZ365 among other associated blockchain and cryptocurrency companies. Korus created these companies to help make cryptocurrency accessible to everyone and to achieve its potential to become an easier and safer option than traditional currency and banking are today. This interview has been edited for length and clarity.

Pipe Dream: How has your education and experience led you to where you are today, with regards to your business interests and adventures?

Russell Korus: I got into IT, information technology, in the 1990s, just as the internet was coming into its own. For most of the ’90s, I was working on Java development on e-commerce platforms during the height of the dot-com boom. Around 2010, I got into investing full time and was focused on emerging markets, emerging technologies. A few years later, I stumbled upon Bitcoin, around 2014 or 2015. When I wrapped my head around what this really represented, it became my sole focus and everything else got pushed aside. I started trading, I started investing, I started mining — doing anything I could in this space because I felt this could be the next paradigm shift. Then in 2017, the market went crazy and Bitcoin went from [being worth] $1,000 in January to $20,000 in December, and many of my friends suddenly wanted to get involved and called me for advice. I got taken out for lunch quite often. One of these friends said why don’t we provide customer support for these crypto companies to make it easier for people to use their services. That evolved into, “Why don’t we just build a platform from scratch?” with user experience at the forefront of our minds, so that what we build is actually going to be accessible to the individual with no experience. So that’s how EZ Exchange was born two years ago, and the whole idea was to create something that would be accessible to everybody to facilitate mass adoption. EZ Exchange evolved into a blockchain-based ecosystem, EZ365, comprised of the exchange, EZ Exchange, as well as a gaming platform, EZ Win, and a learning portal called EZ Academy. Basically, a one-stop shop that’s fully integrated.

PD: The title of your talk is “Bambi & Godzilla: How Blockchain Transforms You From One into the Other.” What is blockchain? Why would someone want to use it to be transformed from Bambi to Godzilla?

RK: Blockchain is the underlying technology, analogous to the internet. Bitcoin and all of the other cryptocurrencies would be analogous to websites that are built upon the underlying technology, without which they wouldn’t be able to exist. “Bambi Meets Godzilla” is an animated short film, and the idea is that throughout the history of currency, we have been Bambi and the central banks and governments have been Godzilla. Today, you have very little control over your finances. All transactions are managed by intermediaries, such as banks. With blockchain, you’re able to get all of these services directly, peer to peer, using a decentralized architecture at a much lower fee with much more security and other advantages.

PD: How could cryptocurrency affect the unequal distribution of wealth?

RK: It really goes to the heart of the question, “How did bitcoin come to exist?” It’s a fascinating story — also part of my talk — the whole point was in response to the 2008 crash, which boosted wealth at the top. World equity markets were cut in half, more than $30 trillion in value was lost. As we came to learn, a lot of it was due to games that people were playing on Wall Street. All of that was due to a lack of regulation and greed. But it spoke to a deeper problem, which is the lack of control that people have over their wealth. And so, Bitcoin was created by Satoshi Nakamoto — whose real identity is unknown to this day — to address that issue. There is a fixed, finite supply of 21 million bitcoin, and that’s all that will ever exist. So the idea of inflation, as a result of printing money, is impossible. The system is trustless. You can send or receive bitcoin over the internet, directly peer to peer. The transaction is recorded over the blockchain. The blockchain is a public ledger, a wide-open database that anybody can see. On top of the fact that it’s trustless and peer to peer, it’s also decentralized and so it’s spread across millions of computers around the world. Therefore, it’s also immutable. It’s completely immune to fraud, corruption, manipulation or even an honest mistake.

PD: What do you want your audience to take away from your TEDxBinghamtonUniversity Talk?

RK: The biggest takeaway is that a lot of people feel anxious about this, asking themselves, “Where do I begin?” But the reality is that this is still in its infancy. It’s like the internet in 1998. So, we’re really very early in the game. So, the biggest takeaway I want for people is to appreciate the kinds of changes that blockchain is going to have on their lives over the next 20 years. Just like the internet changed almost every aspect of society, blockchain is going to do the same thing. So, start learning about it, start immersing yourself in it. I’m not saying you need to invest in Bitcoin. Even if you don’t have money to invest, even if you don’t want to risk it, just start learning about it. That’s the key. Start understanding what bitcoin is, what it represents, how it’s different from regular currency and how it’s going to inevitably affect your life.