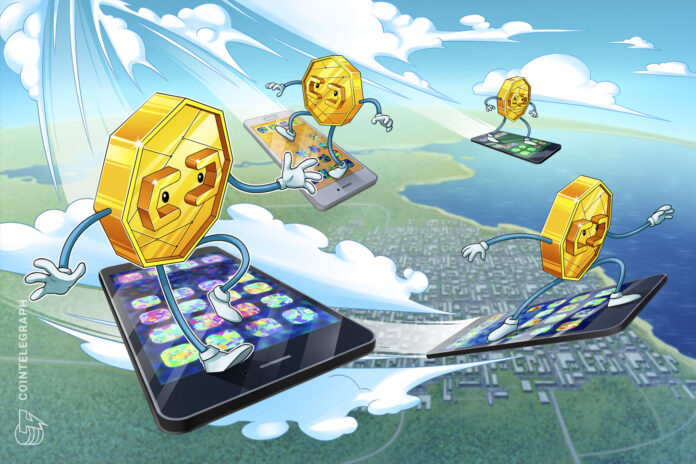 The cryptocurrency market has come a long way in a seemingly short amount of time. Digital payment platforms have particularly taken note of the crypto market’s impressive growth, which is evident, as many have adopted new features and support for more cryptocurrencies.

United States-based customers in particular seem to be reaping the benefits of recent implementations being made by digital payment providers. It’s especially notable that these new features are coming at a time when the Office of the Comptroller of the Currency has granted permission for federally chartered banks to custody cryptocurrency.

Mati Greenspan, a crypto market analyst and the founder of Quantum Economics, told Cointelegraph that the advantages of cryptocurrencies and other digital assets are now quickly becoming apparent to all:

“It did take a while, but governments and large corporations are finally realizing the power of programmable money and the necessity for digital scarcity. The internet of value is now under construction and they don’t want to be left behind.”

A race to drive adoption

JP Thieriot, the CEO of Uphold, told Cointelegraph that these five cryptocurrencies fall into Uphold’s “Tier 4” category, which includes up-and-coming digital assets that are quickly gaining adoption. “Although these were all launched on Uphold last year, they have been unavailable in the U.S. until today,” he said. Interestingly enough, Uphold announced support for the five new cryptocurrencies shortly after the company’s competitor, Revolut, expanded its cryptocurrency trading services to 49 states in the United States.

While the neobank’s service has been available to its European clients for many years now, as the company first added support for Bitcoin (BTC), Ether (ETH), Litecoin (LTC) and XRP in 2017, Revolut finally launched in the U.S. this March. Initially, Revolut went live without crypto support, but the platform now allows U.S. users to buy, sell and trade Bitcoin and Ether within its app through its partnership with Paxos. Edward Cooper, the head of crypto at Revolut, told Cointelegraph that the company also plans to extend support for additional cryptocurrencies to its U.S. customers:

“Our job will be to support the tokens we support in Europe including Litecoin and Bitcoin Cash. Stellar Lumens has also been a popular request from our users. So, we’re looking into that. There are about 14 other tokens that have passed our internal due diligence tests that we’re currently looking into adding as well.”

Cooper further noted that Revolut has about 60,000 U.S.-based customers and that the company is aware of additional features being requested from these individuals. For instance, the ability to offload crypto from the platform has been a feature that Revolut users have been anxiously awaiting. While Cooper previously told Cointelegraph that limiting users to trade only within Revolut is a unique advantage over incumbents like Coinbase, he noted that the company has been working with partners and regulators on ways to enhance the product to meet certain requests.

Unlike Revolut and the popular stock and trading platform Robinhood, Uphold claims to be the only digital money platform that allows for the easy withdrawal of cryptocurrencies. According to Michelle O’Connor, the vice president of marketing at Uphold, the platform has implemented full connectivity to support onboarding and offboarding across seven blockchain networks.

Thieriot believes that Uphold offers more crypto-friendly features to its U.S. customers compared to other digital payment platforms, saying that users “aren’t buying the crypto but rather buying participation in a unit of account for that crypto. This means users can’t deposit, withdraw or move the crypto anywhere. Rather, they can just speculate in it.”

Yet as the cryptocurrency market continues to mature, Thieriot pointed out that full-integration platforms that allow users to deposit, withdraw, send and ultimately do more with their crypto will become more important than ever before.

Greenspan stated that the U.S. customers have been mainly buying cryptocurrencies for speculative purposes. However, he pointed out that as with most markets, capital allocation is important. “Money flows tend to determine the future of innovation and vise versa, and it’s quite clear at this point which direction the world is headed,” he remarked.

It’s also interesting that digital payment platforms continue to adopt features similar to traditional banks, both for U.S. and global customers. For example, cryptocurrency investment app Abra just announced the launch of a savings account, providing its global users with the opportunity to earn up to 9% interest per annum of digital assets and USD-backed stablecoins. Abra CEO Bill Barhydt told Cointelegraph that this has been one of the most requested features from users:

“Many investors use Abra for trading, but there are users outside of the U.S. that use the app for dollar deposits. Abra has now become a bank account. Earning interest not only protects users dealing with local currencies in markets where currencies are being devalued but now these individuals can earn interest at rates much higher than any bank can offer.”

Moreover, Barhydt emphasized that users will be able to earn 9% interest on USD-backed stablecoins, noting that the market currently seems to be supporting that rate. “It starts to set the stage for cryptocurrencies to look more like bank account replacements, as opposed to crypto just for the sake of crypto,” he said.

Although a number of new features are being implemented by digital payment platforms to make crypto more accessible to users — particularly those based in the U.S. — some may wonder if traditional banks will eventually replace these platforms. Especially now that the OCC is exhibiting interest in cryptocurrencies, digital payment platforms may be racing to ensure that big banks don’t take the lead.

Fortunately, at least for now, this doesn’t seem to be the case. In fact, this may open doors for digital payment platforms to collaborate with major banks in the future, according to Thieriot, who added that it is great for adoption: “I’m not too worried about being out-innovated by the banks. Probably creates space for greater collaboration between companies like Uphold and the more forward-thinking banks we work with.”

Barhydt further explained in an Abra blog post that the implications of the OCC’s actions are far-reaching, writing: “Abra could in theory become a nationally chartered bank in the US. It also means that existing national banks could eventually compete with Abra. Welcome to the party banks!”