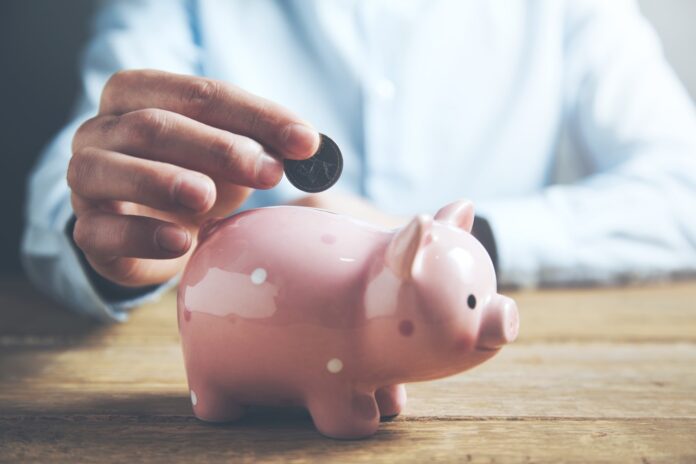 Investors may be accumulating bitcoin ahead of next month’s miner reward halving.

The seven-day moving average of the total number of bitcoin held in exchange addresses fell to 2,214,365 on April 14 – the lowest level since last June – according to numbers from blockchain intelligence firm Glassnode.

The decline in exchange balances suggests a shift to longer-term holding strategies, according to Glassnode.

That’s because investors usually withdraw coins from the exchanges to hold in their personal wallets when prices are expected to rise. Conversely, they tend to move their balances to exchanges in preparation to sell when a price drop is expected or during a price crash.

However, the spike was short lived and the downturn in exchange balances resumed from March 19.

The increased levels of holding may be associated with bullish expectations tied to bitcoin’s mining reward halving, scheduled to take effect in just 27 days. The process, aimed at controlling inflation, will reduce rewards per block mined from 12.5 BTC to 6.25 BTC.

Essentially, miners will be adding fewer coins to the ecosystem following the halving. Some analysts think that would create a supply deficit and push up prices. “Once bitcoin has its halving next month, we expect prices to rally, carrying the rest of the market with it,” said Richard Rosenblum, head of trading at GSR.

Meanwhile, some stock-to-flow models indicate the halving could send bitcoin’s price to $100,000, as noted in the cryptocurrency platform Luno’s weekly market report.

Further, the coronavirus-induced global economic recession and resulting unprecedented monetary and fiscal stimulus launched by the Federal Reserve and the U.S. government, respectively, are widely expected to boost bitcoin’s appeal as a safe haven asset and a hedge against inflation.

However, some observers have been skeptical about the bullish narrative surrounding bitcoin’s halving. “Bitcoin halving in May 2020 won’t do anything to the price. It will be a non-event,” Jason Williams, co-founder of digital asset fund Morgan Creek Digital, tweeted in December.

Meanwhile, the cryptocurrency has so far failed to perform as a safe haven asset and has largely moved in line with the equity markets. “Since the beginning of March, bitcoin’s correlation with the S&P and Dow has been unusually high at approximately 0.82,” Nicholas Pelecanos, head of trading at NEM Ventures, told CoinDesk.

If the decline in exchange balances is a guide, though, the investor community looks to have some belief in the bullish halving narrative and the long-term value of the cryptocurrency as an inflation hedge.

Read more: Why the US’ $2 Trillion Stimulus, Unlimited QE Will Expose the Monetary System’s Flaws

From a technical analysis standpoint, the cryptocurrency’s recovery rally from the March low of $3,867 looks to have run out of steam.

Bitcoin has failed three times in the last month to keep gains above the 100-week moving average, currently lined up near $7,060. The repeated failure is suggestive of buyer fatigue.

That, coupled with the rising wedge breakdown seen on the daily chart, suggests scope for a downside break of the recent trading range of $6,600–$7,200. A range breakdown, if confirmed, would open the doors to $6,100, as discussed Tuesday.

“Bitcoin has enjoyed an over-50-percent rally from its mid-March low. The bulls now must sustain the rally at an equal or greater pace in the short term or the bears might take back some serious ground,” said NEM Venture’s Pelecanos. “Indicators from one of our momentum-based strategies are beginning to show a serious bearish setup that could lead to a 50-percent sell-off, sending prices into the low $3,000s.”