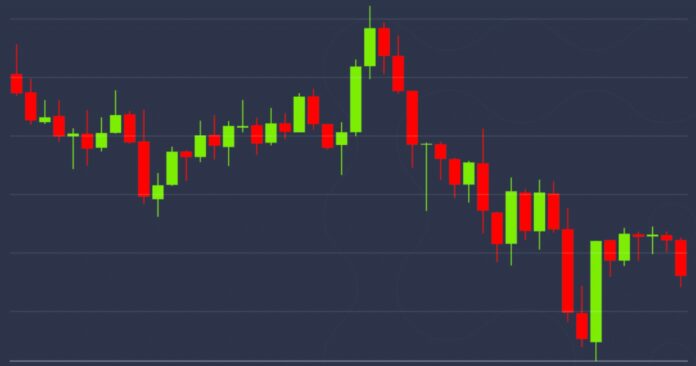 The equities markets far outpaced cryptocurrencies Tuesday on optimism that economic restrictions put in place to help slow the spread of the coronavirus are easing.

Bitcoin (BTC) poked its head above the $9,000 level briefly during morning trading in New York but fell to below $8,700 on selling. As of 20:35 UTC (4:35 p.m. ET), bitcoin was trading at $8,846, a loss of 1% over 24 hours.  The largest cryptocurrency by market cap is currently trading below its 10-day and 50-day technical indicator moving averages, a signal of bearish sentiment.

“Bitcoin failed to break higher and has been bouncing off support in the $8,700 region,” said Max Boonen, CEO of cryptocurrency liquidity provider B2C2.

While bitcoin has been trending lower, Tuesday’s big winners are stocks.

The Nikkei 225 in Asia closed trading up 2.2%, with the index hitting a three-month high as Japan ended its pandemic-induced state of emergency measures. The FTSE Eurotop 100 index of Europe’s largest public companies by market cap was also in the green, although up less than a percent. The gain was also attributed to the easing of lockdowns in Europe.

“It’s probably the case that stocks are moving upward in response to increased reopening of the economy, which Wall Street may be taking as a positive sign,” said Danny Kim, head of revenue for exchange aggregator SFOX. “Bitcoin’s minor downward movement, on the other hand, probably has more to do with a loss of momentum than anything else.”

Since starting the first week of May in tandem, bitcoin and the S&P 500 have been going in opposite directions.

“Bitcoin is not demonstrating correlation to the equity markets at present, given a lot of the smart money is still sitting in stablecoins, particularly tether,” said Chris Thomas, head of digital assets at Swissquote Bank. Indeed, stablecoins are on the rise and tether is leading the way with a $9 billion market capitalization, according to its transparency page. The blockchain-based assets, pegged to the U.S. dollar, are helpful for traders to move balances quickly across different exchange platforms.

There is some looming concern bitcoin’s price will keep sliding downward due to changes in mining economics since the May 11 bitcoin halving. The once-in-four-year event for the Bitcoin network dropped daily new bitcoin generated to reward miners from roughly 1,800 to 900 BTC. At Tuesday’s bitcoin prices, that 900 BTC translates to around $8 million per day.

Miners will have to sell a lot of that bitcoin for cash, according to Swissquote’s Thomas. “Chinese miners who are still running are barely profitable running old technology. They are surviving due to extremely cheap hydro electricity through the Chinese wet season, but will need to continue selling most of their monthly bitcoin gains to pay their operations expenses,” he said. “This will also start weighing on the market.”

Chinese miners make up about 65% of the total bitcoin mining power, according to data provided by pools and collected by the Cambridge Centre for Alternative Finance.

Despite a lower crypto outlook, B2C2’s Boonen says his firm has seen professional traders pick up bitcoin at these prices, possibly because they see a value play. “Against the trend, we have seen light buying of BTC and selling of ETH across our franchise since the weekend,” he told CoinDesk.

Digital assets on CoinDesk’s big board are mostly in the red Tuesday. Ether (ETH), the second-largest cryptocurrency by market capitalization, lost 2.2% in 24 hours as of 20:35 UTC (4:35 p.m. ET).

In the commodities sector, oil is up 1%, with the price for a barrel of crude at $34.21 as of press time. Gold experienced heavy selling early in the session, with the yellow metal slipping less than a percent on the day to $1,710 at the close of New York trading.

Read More: Bitcoin Could Get a Boost From Central Bank Digital Currencies

U.S. Treasury bonds were mixed Tuesday. Yields, which move in the opposite direction as price, were up most on the 30-year, climbing 4.6%.

4 Statistics to Know Before Investing in Crypto