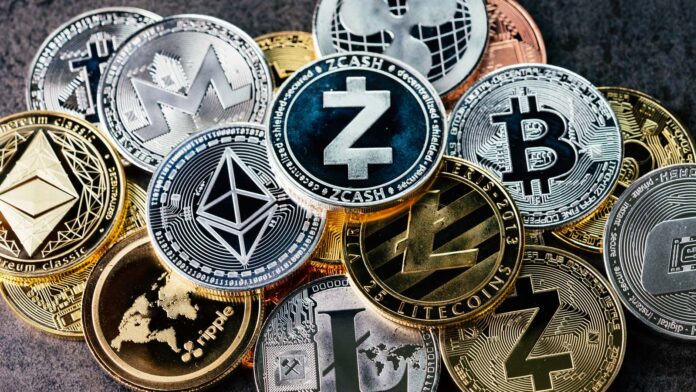 Despite the torrent of bad news stemming from the novel coronavirus, I remain steadfast in the thesis that the coming years will see incredible innovations. Thanks to the confluence of multiple technologies arriving at the same time, investors can profit handsomely from this paradigm shift. And if you want a sector that has the potential for truly explosive gains, look no further than cryptocurrencies. I’ve long been a fan of bitcoin and alternative cryptocurrencies, or altcoins for short. It’s not just the hypersonic growth that we’ve seen in recent years and which I believe we’ll see again. Rather, the virtual currency market could very well be the way future generations transact not only payments but also major contracts, such as real estate or automotive purchases.

Admittedly, that sounds like a stretch, especially to a newcomer to this space. However, it’s all part of the amazing evolution behind cryptocurrencies.

At first, bitcoin revolutionized the concept of digital payments via virtual currencies. Through an innovation called the blockchain, this system performed the critical functions associated with government-issued money but under a decentralized and immutable platform.

To make a long story short, bitcoin’s blockchain architecture prevented end-users from duplicating the digital currency. Thus, this eliminated the counterfeiting threat. Just as importantly, this blockchain prevents a sole user or entity from artificially inflating the number of tokens available, thereby protecting its structural integrity and promoting “trust” in its free market valuation.

Quite simply, bitcoin is a remarkable invention. But other cryptocurrencies are tied to blockchains that are more advanced than bitcoin’s architecture. For instance, Ethereum’s blockchain could theoretically “digitalize” attorneys, eliminating middlemen in contract negotiations the way bitcoin eliminated central bankers.

When you analyze the investment theses of various altcoins, you’ll notice that the reduction or outright elimination of redundant parties to a transaction of financial value is common in many if not most of them. That’s not a coincidence – this concept appeals to everyone.

The best example is real estate. Part of what makes such transactions expensive is the various cogs involved, from agents to brokers to attorneys and all their associated overhead costs. Yet at the end of the day, a home purchase is between just two entities: a buyer and a seller.

Ultimately, cryptocurrencies exist to ask a basic question. If we could eliminate middleman cogs, how much cheaper would it be to purchase a house or car? This is the reason why so many visionaries are excited about the prospects of bitcoin and viable altcoins.

However, I concede that such a transition from analog middlemen to a fully digitalized platform will take time. But that doesn’t mean that cryptocurrencies are one-dimensional assets based purely on capital gains potential.

One dynamic I noticed in the year so far is that bitcoin has been inversely correlated with U.S. unemployment benefits claims. That is, as filings for jobless claims increased, bitcoin has decreased. But as the number of filings have steadily declined, the virtual currency is beginning to stabilize at a high threshold.

Moreover, I expect this trend to continue. While the overall unemployment rate in our country is still elevated at 11.1%, the jobless rate for those ages 25 and older and holding at least a bachelor’s degree never touched double-digit territory.

In June, this segment’s unemployment rate dropped to 6.9% from 8.4% in April. That’s exactly what you want to see, as this working demographic represents bitcoin’s prime investor base.

Bitcoin Could Lead Us into the Roaring 2020s

As bitcoin and major altcoins move higher, you can take that as a sign of broader economic improvement. When you consider the unemployment rate for workers with advanced degrees, the picture is much more encouraging. To get the most out of cryptocurrencies requires more tech savvy than your “regular” investment. Therefore, if the savviest among us are doing relatively well, that’s a positive for blockchain-based developments.

Logically, if virtual currencies become further mainstreamed, this progression will be net positive for every American. Because whether you’re trying to send money to family overseas or you’re buying your first home, everything has the potential to be quicker, simpler and, yes, cheaper with the blockchain.

And that’s really the main reason why cryptocurrencies have exploded higher in years past and why they will continue this remarkable trajectory. By fleshing out the ecosystem, the blockchain will start disrupting every transaction that involves middlemen. About the only people that are fearful of this coming transition are those who profit from current inefficient systems.

I’ve talked at length about the imminent convergence of technological innovations as the Roaring 2020s. But the one sector that could roar the loudest is the virtual currency market. If you’re going to miss an opportunity, don’t let it be this one!

Matthew McCall left Wall Street to actually help investors — by getting them into the world’s biggest, most revolutionary trends BEFORE anyone else. The power of being “first” gave Matt’s readers the chance to bank +2,438% in Stamps.com (STMP), +1,523% in Ulta Beauty (ULTA) and +1,044% in Tesla (TSLA), just to name a few. Click here to see what Matt has up his sleeve now. Matt does not directly own the aforementioned securities.