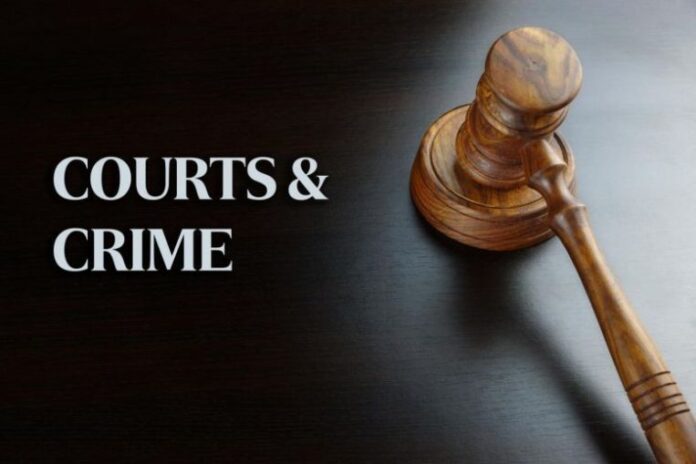 SINGAPORE – Another member of a trio who stole more than $350,000 in cash from a prospective bitcoin buyer admitted in court that he was involved in the robbery.

Jaromel Gee Ming Li, 29, was sentenced to three years’ jail and 12 strokes of the cane on Thursday (Sept 9).

He pleaded guilty to one count of engaging in a conspiracy with Mohd Abdul Rahman Mohamad and Syed Mokhtar Syed Yusope, both 39, to commit robbery in 2018.

Abdul Rahman’s case is still pending, while Mokhtar pleaded guilty to a robbery charge on Wednesday.

Court documents stated that Gee was involved in bitcoin brokerage and would arrange transactions between parties who wished to buy and sell bitcoins.

He also engaged Abdul Rahman to help him with the transactions, which typically involved prospective buyers bringing large sums of cash in exchange for the bitcoins.

In April 2018, the pair planned to rob potential buyers without transferring or selling any bitcoins to them.

On April 8 that year, Malaysian Pang Joon Hau was in Singapore to buy bitcoins from sellers here.

He had cash totalling $365,000 in his possession, and was staying at a Hotel 81 branch in Middle Road with a bitcoin investor, Mr Teo Chern Wei.

Gee had found out about Mr Pang’s intention from a contact and alerted Abdul Rahman, telling him to take along an additional person to commit the robbery.

Abdul Rahman roped in Mokhtar, and the two men met at the hotel at around 11.40pm the same day.

The duo left after Abdul Rahman grabbed a backpack containing the $365,000.

Mokhtar was later rewarded with $10,000, but Gee did not receive any money as Abdul Rahman was arrested two days later.

Gee was eventually arrested on April 18, 2018. Court documents did not state how his involvement in the robbery was discovered.

His jail sentence has been backdated to Feb 7 this year when he was remanded. Court records showed that he also faces charges for cheating in unrelated incidents.

Offenders convicted of committing robbery between 7pm and 7am can be jailed for up to 14 years and given at least 12 strokes of the cane.

This included $5,000 in cash and items that he obtained in exchange for some of the stolen money, such as a Rolex watch worth $45,800.

He had passed the items to Yogeshwry, 35, for safekeeping on April 10 near the Marriot Hotel in Orchard Road.

Yogeshwry lied to the police after her former husband’s arrest, saying she had not met him or received any items from him.

She also pleaded guilty to one count of using criminal force on a police officer by spitting at him in a separate incident at her residence in 2017.

District Judge Brenda Tan sentenced Yogeshwry to nine weeks’ jail and she is expected to surrender herself on Oct 15 to begin serving her jail term.

For her offence of dishonestly receiving stolen property, she could have been jailed up to five years and/or fined.

She could also have been jailed for up to two years and/or fined for using criminal force against the police officer.