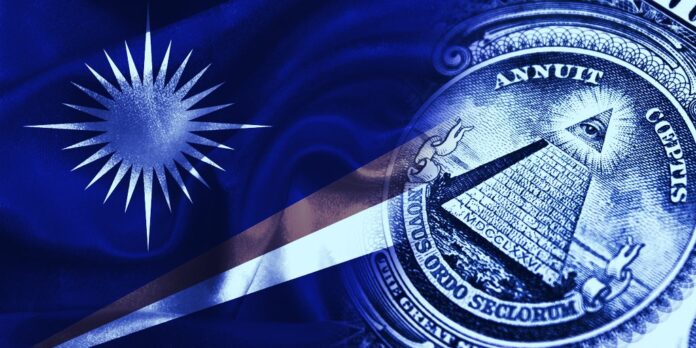 If the Republic of the Marshall Islands’ state-sponsored cryptocurrency, the Sovereign or SOV, takes off, SFB Technologies, the software company building the coin, would become incredibly wealthy.

The SOV is a fully-fledged cryptocurrency. The Pacific Island nation, home to about 60,000, is considering issuing it to end its decades-long reliance on the US dollar.

SFB Technologies would receive 7.5% of the coin’s supply, which it could use after five years of its launch—which could be at any point after the 18-month-long presale begins, if the government implements the idea.

“We are not in the business of pumping and dumping,” Dr. Peter Dittus, the cofounder of SFB Technologies, and a member of the advisory committee of the SOV Foundation, the non-profit that governs the network, told Decrypt. “But we wouldn’t keep on holding it, because we don’t have intrinsic interest in holding currencies of sovereign countries.”

The SOV Foundation, the non-profit overseeing the development of the project, will hold its presale for SOV in the next couple of months, just in case the Marshall Islands’ government, which is still deliberating whether to issue the coin, goes ahead with the project.

Dr. Dittus, who is also a former Secretary-General of the Bank for International Settlements (BIS), explained why it might be in favor of the coin.

First, many of its inhabitants live or study in the US. “And they are spending lots of money, both ways, to children who are studying [abroad] and to the people who are working,” Dr. Dittus told Decrypt.

“It’s very difficult and very costly for normal people using Western Union or MoneyGram,” he said. Western Union charges $5 to send small amounts of money from the Marshall Islands to the USA. The SOV, built on Algorand, aims to reduce those transaction fees, which rack up for smaller amounts.

Second, without a central bank, the Marshall Islands are still dependent on the economy of the USA, the superpower to whom the island nation is attached. A cryptocurrency affords it greater autonomy.

The Fed’s profligate money printing is “hard to reconcile with the functioning financial system of any market-based system,” said Dr. Dittus.

But the SOV will, like clockwork, increase its monetary supply by 4% each year, meaning it would be a “non-inflationary currency; an alternative to the existing fiat currencies.” Still, in case of an “unexpected hiccup,” the nation still has the US dollar to fall back on, he said.

The Marshall Islands’ final judgment may be influenced by the International Monetary Fund (IMF), which has objected to the coin since 2018 on the grounds that it may cause “economic, reputational, and governance risks.” In May, it said that those concerns still stood.

Dr. Dittus said that these concerns did not amount to an objection, “The IMF, with whom we have had extensive discussions, together with the Marshall Islands government … have to be very careful.”

The advice, he said, was to “be careful, make sure you fully understand it before you go ahead [and] that you’re on top of it, that you can handle it; make sure that you don’t fall victim to half baked measures and half baked institutions.”

The presale for the SOV will begin in the next few months, and last for 18 months. By the end of the presale, the Marshall Islands must have made its final decision on the coin—though it’ll probably make it earlier, said Dr. Dittus.

For Dr. Dittus, the Marshall Islands is an experiment. When he gets the SOV up and running in the Marshall Islands, or if the government opts to scrap it, Dr. Dittus said that he’ll take the underlying technology to one of several small, developing nations—he declined to say which ones—who have expressed interest in the coin.