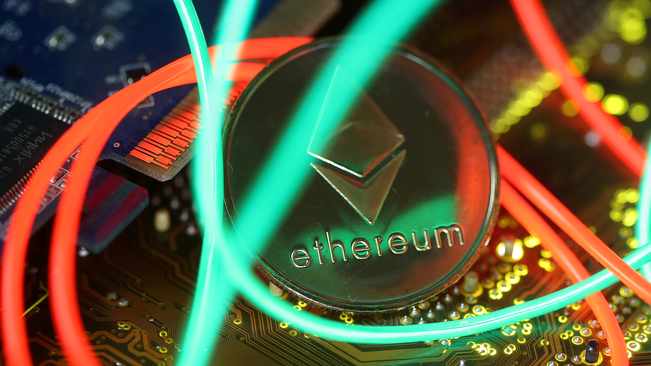 CAPE TOWN – It is premature for cryptocurrencies to form part of individual investment portfolios, but the biggest, Bitcoin, could be viable as a store of wealth asset, while there might be significant investment opportunity in Ethereum cryptocurrency over a decade.

This was according to Old Mutual Investments director of investments Hywel George, who said in a recent webinar that if the much anticipated Blockchain revolution gathered pace as anticipated, investing in Ethereum was something to be considered.

George said the World Economic Forum had predicted that within five years, up to 10 percent of the global gross domestic product would be invested and transacted on a Blockchain platform.

At present, the majority of Blockchain projects were being implemented on Ethereum, the second-largest cryptocurrency platform after Bitcoin. George cautioned investors that because it was relatively early days for cryptocurrencies as an investment asset class, “unless you really get into it, then you can make it happen”.

He said while there are more than 1 600 cryptocurrencies, it was still a difficult asset class to invest into, involving, for instance, doing a direct transaction on a Bitcoin exchange and transferring cash to receive Bitcoin.

There were no exchange-traded funds, futures market was “small”, and there were few investment trusts invested into cryptocurrencies.

He said Bitcoin derived its store of value property from the fact that only 21 million Bitcoins would ever be issued, which at Bitcoin mining rates, was likely to be reached by 2140, although the evolution of quantum computing might shorten that time period.

George said Ethereum offered a first mover investment advantage for any form of smart transaction development using blockchain as a platform, over the longer term. This could involve, for instance, share certificate storage, electronic voting, robo investing, and applications for making fractional investing and fractional ownership easy, potentially making stock exchanges unnecessary. He said governments and central banks were afraid of cryptocurrencies, because they could potentially lose control of money supply, but George said some “arrangement” would eventually be found for this. Luno, South Africa’s largest cryptocurrency exchange, released a report outlining crypto movements during the first half of 2020.

This year began with optimism for Bitcoin, according to Luno, and this carried into February, with the Bitcoin price hitting a high for the year-to-date of $10 500, said Luno GM for Africa Marius Reitz. However, Covid-19’s effect on markets offset all the growth seen prior to March – the price almost halved in that month.

“We’ve bounced back since then, though. Bitcoin is around $10 700 now and has outperformed both the S&P 500 and Nasdaq, even after the brutal crash,” said Reitz.