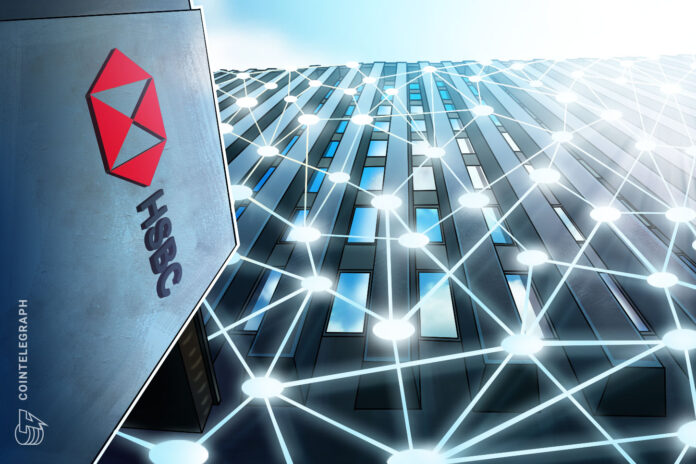 A huge trove of documents from the Financial Crimes Enforcement Network (FinCEN), dubbed the FinCEN Files, found its way to investigative journalists throughout the world this month, and the focus was clear: illegal activities gone unnoticed.

One example involves HSBC, which continued allowing funds to move through its accounts despite being notified of their criminal origins. The bank’s shares were down to 25-year lows on Monday.

Other revelations include much activity linked to the Russian elite using United Kingdom banks to avoid Western sanctions.

Bitcoin proponents were quick to call out the irony of the situation, given the history of many banks in the files claiming that Bitcoin itself facilitated crime.

A pair of advertisements in Hong Kong for Bitcoin and HSBC ironically summarized the status quo, with statistician Willy Woo tweeting:

“‘Be your own Bank. The story continues’. HSBC on point!”

Central banks around the world continue to deal with coronavirus fallout, meanwhile, and the European Central Bank (ECB) will meet to discuss its response — and possible implications for the euro — this week.

As Cointelegraph reported, the Bank of England (BoE) is currently entertaining the possibility of introducing negative interest rates for the first time in its history.

Stocks down as coronavirus weighs

Trading in Asia opened on a weaker note Monday, with the Hong Kong Hang Seng Index down 1.5% — driven by HSBC shares hitting their lowest since 1995.

A similar picture came from Europe, with the Stoxx Europe 600 down 1.6%. In the United States prior to the opening bell, S&P 500 futures were down 1%.

The U.S. faces a mixed bag of woes as politicians struggle to agree on a fresh coronavirus stimulus package and elections draw nearer.

This week, Federal Reserve Chair Jerome Powell will testify before Congress, after last week’s speech about the central bank’s extraordinary economic policy progress left many skeptical about its capabilities.

“We do have concerns down the stretch about the markets reacting poorly to some of the uncertainties facing us — the election, potentially around Covid-19, and the fact that we don’t have a stimulus package yet,” Rebecca Felton, senior market strategist at global asset manager Riverfront Investment Group, told Bloomberg.

“I would have to think we could be volatile to the downside here.”

Any combination weighing on the strength of the U.S. dollar is currently a boon for Bitcoin, continuing its inverse correlation with the U.S. dollar currency index (DXY). There was more good news for Bitcoin analysts eyeing network strength this week as difficulty and hash rate stayed at all-time highs.

The difficulty, arguably Bitcoin’s most important fundamental feature, increased 11.35% at the latest automatic readjustment on Sunday.

According to estimates from BTC.com, the next readjustment in 12 days’ time is already set to add another 10.2%.

The fresh upside underscores fierce competition among Bitcoin miners to gain block rewards — rewards which remain unalterably constant at 6.25 BTC per block regardless of how many are competing.

Hash rate, meanwhile, an estimate of the total computing power dedicated to the Bitcoin network, hit a fresh record of 143 exahashes per second (EH/s) on Saturday. 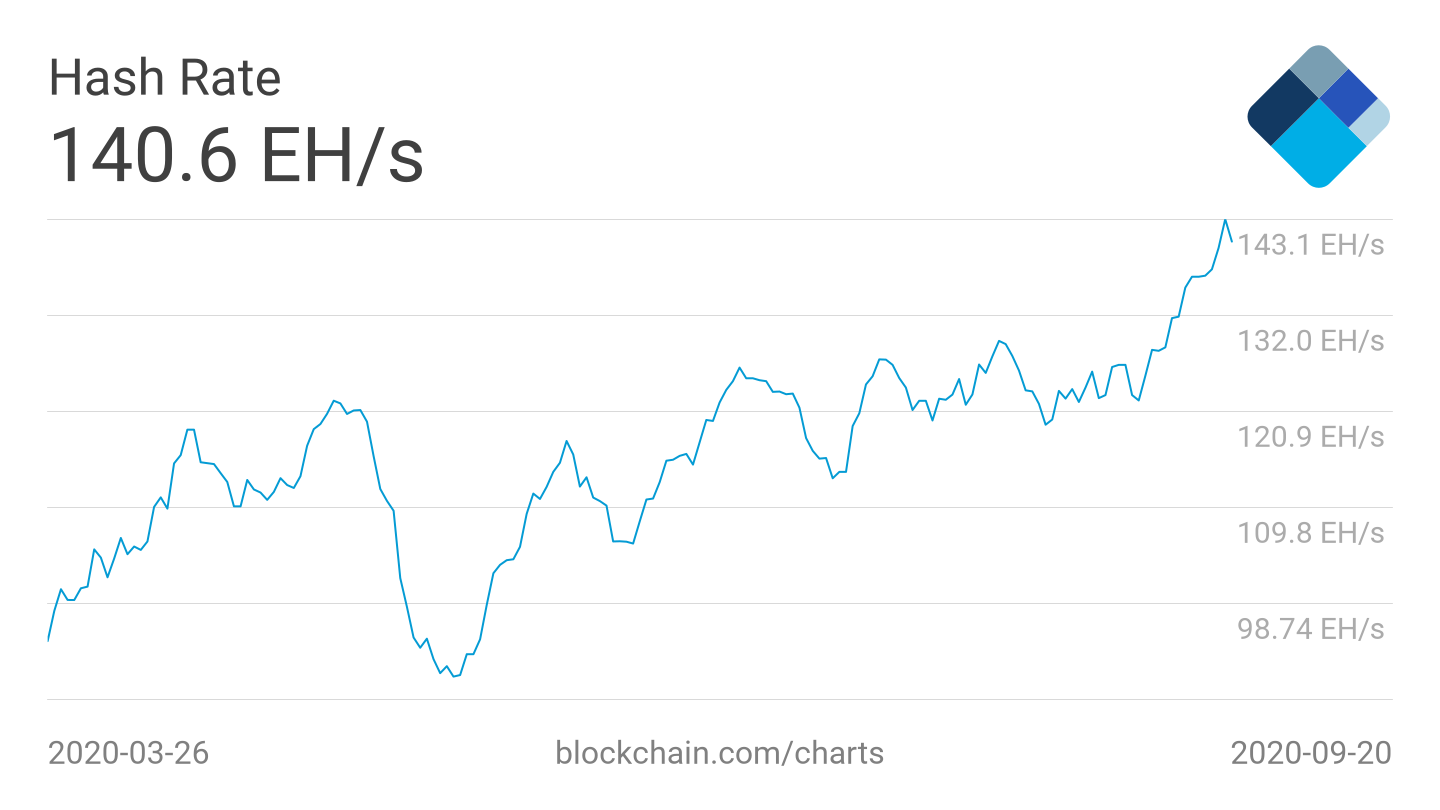 BTC/USD stayed rangebound over the weekend, failing to flip $11,000 into any form of a support level.

The ranging behavior continued a pattern from last week, during which Bitcoin nonetheless managed to exit higher from fundamental support at $10,000.

For Cointelegraph Markets analyst Michaël van de Poppe, keeping $11,000 and the higher $11,200 as resistance means that Bitcoin will stay in the $10,000 zone for the time being.

“Given that we’ve got this rangebound construction, we have to check the lower timeframes, in which the most likely scenario is a case of testing the upper resistance zone of $11,200 to $11,400, and given the significance of this resistance zone, it’s unlikely that we’re going to break through it in one go,” he summarized in a Twitter update Saturday.

BTC/USD subsequently fulfilled the prophecy, seeing rejection at just below $11,200 on Sunday.

In terms of further downside potential, should lower support give way, the open CME futures gap at $9,600 remains in play. Analysts stayed divided over whether the recent dip to $9,800 could be classed as sufficient to “close” the gap — Bitcoin may attempt to hit it definitively or leave the recent lows as a bottom.

According to the popular Crypto Fear & Greed Index metric, investor sentiment is broadly recovering from the trip below $10,000.

On Monday, the Index, which takes a basket of indicators to measure investor sentiment, was in the “neutral” range of 48/100.

Previously, as Bitcoin circled $12,000, it measured almost its highest score ever — a warning, creators say, that the market is due for a correction.

Once that happened, a sense of overselling entered, slowly balancing out through the past week to leave the Index at its current reading.