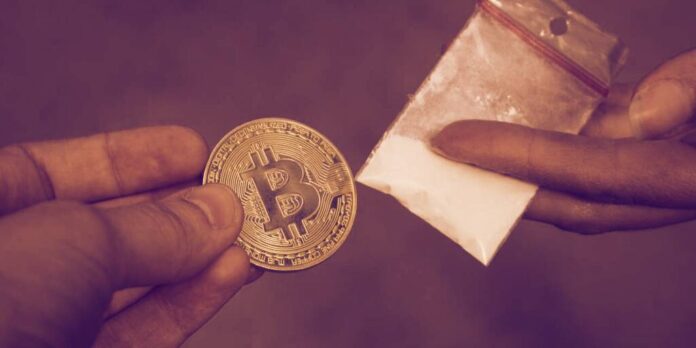 In 2014, the operators of the world’s largest cryptocurrency exchange, Mt. Gox, disclosed that hackers had drained 650,000 Bitcoin (worth about $500 million at the time). The ensuing chaos gave Michael Gronager, founder and CEO of Chainalysis, an idea: Since blockchain ledgers are public, what if someone created a tool that sifted through all of that data and traced the stolen money?

So Gronager, then COO at Kraken, the crypto exchange that was supporting the Mt. Gox investigation, built one. With access to Mt. Gox’s database, Gronager’s tool managed to trace the stolen funds to BTC-e, a shady cryptocurrency exchange run by Russian national Alexander Vinnik. It showed that: “Yes, you can actually solve cases using blockchain analysis and you can follow the money,” Gronager told Decrypt.

“We’ve seen time and time again that these cases can actually be solved, and they can be solved at a pace and acquisition that is way better than what we’ve seen in the past,” said Gronager. “That’s what enables crypto to flourish and grow: no one should be afraid of crypto anymore.”

Now five years old, Gronager’s company has about 174 employees, with offices in New York, Washington DC, London and Copenhagen. It works with the governments of approximately 30 countries, and private companies in more than 40, to trace stolen funds and identity suspicious transactions.

Every move you make on a public blockchain—buying, selling or trading cryptocurrency—is logged on the blockchain for all the world to see. Chainalysis’ tools can scrape this publicly-available transaction data from blockchains—it now supports 100 coins, representing over 90% of cryptocurrency transaction volume—to trace the money.

Though blockchains are pseudonymous, sometimes you know the owner of the wallet. So, if a known thief launders money through an exchange, Chainalysis could identify the flow of transactions and could let the exchange know that stolen funds have entered its exchange. Or if the thief gets sloppy, and sends it to their friend, who unbeknownst to them has published their wallet address on Facebook, Chainalysis can let the police know that the thief may be related to the Facebook poster.

Rich Sanders, CEO of blockchain analytics firm CipherBlade, uses it every day. The combination of these tools creates an ecosystem for compliance professionals (KYT) and investigators (Reactor) to streamline their efforts to clean up the space,” he told Decrypt.

He also notes that there’s a gap in the market for Russian and Chinese companies to do similar things, since Chainalysis’s ties to the US government prevents it from working with its enemies. However, until those governments warm up to crypto, there likely won’t be too much competition, he said.

Gronager also thinks that the market hasn’t settled on a winner in the private sector, where “we definitely see a flourishing like group of companies doing anything from new ways to [perform] KYC [checks], to sending data, to doing some level of transaction monitoring.” Small businesses may prefer local vendors, he said, and may only reach out to a larger company once their business grows.

Chainalysis’s close work with government has raised concerns that the company’s tools undermine privacy on the blockchain—one of the things that drew so many to Bitcoin to begin with.

A New Hampshire resident last month filed a lawsuit against the IRS after it sent around 10,000 letters to those it suspected of avoiding taxes. The IRS had subpoenaed cryptocurrency exchanges to obtain the data, and also worked with Chainalysis to track down tax evaders. In James Harper’s complaint against the IRS, he alleged that the IRS “unlawfully violated” his Fourth and Fifth amendment rights. “The Internal Revenue Service has now acquired the power to demand access to anyone’s private information without any judicial process,” he said.

Gronager doesn’t think that his product undermines privacy. “Privacy doesn’t mean that you can’t trace money and find leads. It means that I can’t see the nature of transactions on crypto and the blockchain,” he said. “If we started an investigation, there will probably be leads that could figure it out, but that would require the reach of law enforcement.”

In April, Bitcoin advocate Andreas Antonopoulos claimed that Chainalysis helps “the world’s worst dictators and regimes either directly or indirectly,” and that it was “fundamentally immoral to even work at a company like this.” Gronager said that it does not work with dictators, and that, “Countries that are under sanctions and other things, we can’t work with,” he said. A Chainalysis spokesperson responding to Antonopoulos’s claims said that, “As a general rule, Chainalysis does not work with dictatorial governments.”

There’s more that Chainalysis can do with its data than just solve crimes. A trio, headed by Chainalyis’s chief economist, Philip Gradwell, is working on harnessing the blockchain—essentially one massive data set—for economic analysis. “Blockchain tells you about the whole crypto economy. And my job is to analyse that data set, understand it, and to bring the bigger trends out into the open,” he told Decrypt.

Using Chainalysis’s market analytics tools, which track how cryptocurrency flows across exchanges and around the world, he discovered that about 80% of Bitcoin is used for speculative purposes; ETH usage is split between speculation and dapps; and Tether is increasingly being used as a store of value in East Asia. “You can’t use this data to predict how the price is going to change hour by hour. But it gives you a reasonably good understanding of the momentum of the market,” he said.

Gradwell said it could provide institutions and asset managers with more comfort around cryptocurrency, helping them make decisions based on data. “It’s always surprising that there was so much trading going on and cryptocurrency on the basis of so little information,” he said. “At the moment, the main investment thesis is to buy Bitcoin and hold it,” he said. But with more precise and granular information, people could “have the data to do more innovative strategies to make better investments, because they can actually see there is some demand for the companies that they’re backing,” he said.

And the public nature of blockchain could allow new strategies that are impossible in regular markets. Studying secretive dark web markets, Chainalysis could piece together the structure of the black market economy. “Seeing that interconnectedness is something impossible to see in the traditional world [of finance],” he said. Monitoring traditional financial markets is expensive, and much of it private. Not so with blockchain, whose data integrity can be relied on.

“If I’m a bank and I send money to another one, I lose sight once it goes over to the new bank. Whereas the blockchain that doesn’t happen. And that means that you can take much more advanced algorithmic approaches to understand how the flow of funds happen, because you don’t have this uncertainty or loss of visibility,” he said.