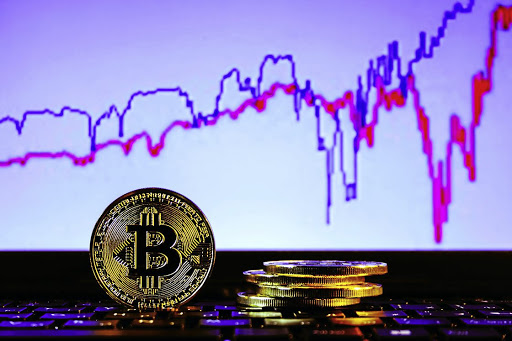 As lockdown eases and we’re allowed to gather in small numbers again, the bitcoin guy will almost certainly make a reappearance. You know the one: he uses family braais to tell everyone willing to listen about the wonders of cryptocurrency, how he “got in early”, and how much “real” money he’s made as a result.

Maybe your eyes will glaze over – for some people the subject of bitcoin is as boring as watching paint dry. But maybe you’ll feel a little pang: you know you probably should have some exposure to cryptocurrency, but you definitely don’t want to take advice from Uncle Rob.

Cryptocurrency is a tricky concept to grasp and everybody seems to have a theory about whether it’s good or bad. It’s stressful! You don’t want to get left behind but you also don’t want to watch your savings go down the drain.

Markets are floundering in the wake of Covid-19 and traditional safe havens like bonds and property are no longer offering the returns they once did. In light of this, many of my clients have recently sought advice on whether they should invest in cryptocurrency. It seems like a no-brainer – some currencies are up more than 200% year on year!

Before I answer, let’s delve a little deeper into cryptocurrency in general.

Put simply, it’s decentralised digital money that can be transferred from one person to another without going through an intermediary, like a bank in the case of traditional money. Bitcoin, invented in 2008, is the original and best-known cryptocurrency, but at least a thousand others have sprung up in its wake.

Most cryptocurrencies use blockchain technology – complex, encoded sequences that record and verify every transaction that has ever taken place. Most are also finite (there are only so many bitcoin), which gives them inherent value akin to a commodity like gold or oil.

So, cryptocurrency can serve two functions: it offers a new way of transacting across borders, unencumbered by banks or governments; and it also offers an investment opportunity, albeit a volatile one.

The good stuff: The cryptocurrency scene has matured in recent years. While bitcoin might have been shrouded in secrecy and used to fund all sorts of nefarious pursuits when it was launched, it’s now a household term and there are many legitimate ways to buy, trade and spend it.

As a tool for international exchange, cryptocurrency is appealing, especially for workers earning a living in other countries who routinely send money home. Think of SA – how much money goes to Zimbabwe, Malawi, Somalia and even further afield every month? And in reverse – how much comes home from Dubai, the UK, Australia .? Fees for these transactions are often exorbitant, up to 15%, and usually affect the people who can least afford it. Cryptocurrency is the technology that could potentially solve this problem.

But be warned. On the flipside of the bitcoin, cryptocurrencies are incredibly volatile and investing in them is therefore very risky. You can make a fortune but you can just as easily lose everything.

To defuse some of this volatility, a number of platforms have been created that track the best-performing cryptocurrencies, spreading the exposure and allowing people to invest with less risk. Similarly, there are arbitrage platforms that allow investors to profit from the price discrepancies of cryptocurrencies in different markets.

So, what’s the answer?

Cryptocurrency is here to stay and it is only going to get more mainstream. Ultimately, crypto will become a key component of any diversified portfolio, along with traditional investments.

But we’re not there yet. Cryptocurrency platforms are not recognised by the Financial Sector Conduct Authority (FSCA) in SA, which means that your accredited financial planner is not permitted to give you advice regarding investing in cryptocurrency, or using it for payments.

Until such time that the regulations change, I am advising my clients to be cautious. Don’t listen to Uncle Rob and empty your entire emergency fund into a luno account! But if you’re in a position to experiment with cryptocurrency investments without compromising your savings, by all means do so.

The more you know, the better positioned you’ll be to make the most of this exciting new asset class in the future.