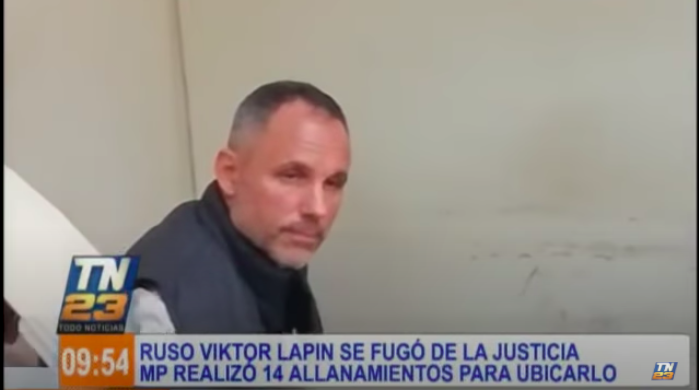 When Levine was arrested in Guatemala for a passport scheme in 2019, authorities believed he was a Russian citizen named Viktor Lapin.

An international fugitive and former Coral Springs resident was arrested in Austria after 15 years on the run.

Randy Craig Levine, 53, was wanted for alleged cryptocurrency fraud to the tune of $5 million. He fled the United States in 2005 after his residence was searched by police and he learned charges were being brought against him for passport fraud and perjury.

During his 15 years as an international fugitive, Levine collected a list of aliases and passports to conceal his identity. His recent arrest in June while using a Bulgarian passport, isn’t the first time he’s been on the US radar since he fled in 2005.

According to a Wikileak document and public records from a Polish Constitutional Tribunal, the US attempted to extradite Levine on charges of fraud from Poland beginning in 2008.

The Polish government chose not to extradite to the US, based on Levine becoming a Polish citizen.

For his crimes, Levine worked with  Attorney Philip Reichenthal, 76, in Homestead, who has since been disbarred.

According to a Justice Department press release, between June and July of 2018, Levine persuaded the head of a cryptocurrency escrow firm, Volantis Entities, to wire $3 million to Reichenthal from an over-the-counter cryptocurrency broker — money Levine was supposed to use to purchase Bitcoins.

Instead of purchasing the Bitcoins, Reichenthal wired over $2 million to a bank in Guatemala where Levine had an account under one of his many aliases. No bitcoins were ever purchased.

In a second charge between February and May of 2019, Levine and Reichenthal conned a Florida resident involved in brokering Bitcoin transactions. have their investors send Reichenthal $2 million to fund the purchase of Bitcoins.

Once again, Levine and his attorney in the scheme had no intention of ever purchasing the Bitcoin for the investors.

Reichenthal allegedly wired $1.9 million of the money to bank accounts in Mexico controlled by Levine. The money was then wired to a bank account in Russia held under Levine’s aliases.

Levine even threatened to tell US authorities the Florida broker was involved in his schemes over the years when the broker demanded the funds be returned.

“…Bring you into all my legal problems here in Guatemala, including money-laundering as I have an open investigation…I will alert the American authorities you were involved in my operations before, just to stick it up to your ass,” Levine said in a text message to the Florida broker.

Levine had previously been linked to a passport fraud scheme out of Guatemala. According to a Guatemalan news outlet, he was arrested in 2018 with a Russian passport under the alias “Viktor Lapin” for the crime of money-laundering and other assets.

Levine had been known to use the following aliases during his time on the run from authorities: Viktor Lapin, Andre Santiago Santos Galindo, Alexander Martinez Lavrov, Alexander Kozlov, and Hristo Danielov Marinov. 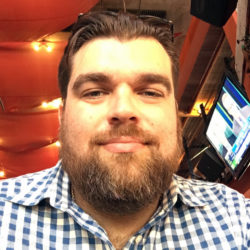 Hank McCoy
Hank McCoy is a writer and journalist covering music, politics, and culture on his blog Hank’s Luncheonette, as well as currently working on publishing his first novel. Hank grew up in Parkland and graduated from FAU before moving to Chicago where he worked in the music industry as an artist and talent booker when he wasn’t throwing people out of punk bars. Hank recently moved back to South Florida after living overseas in Berlin while he traveled to Europe.