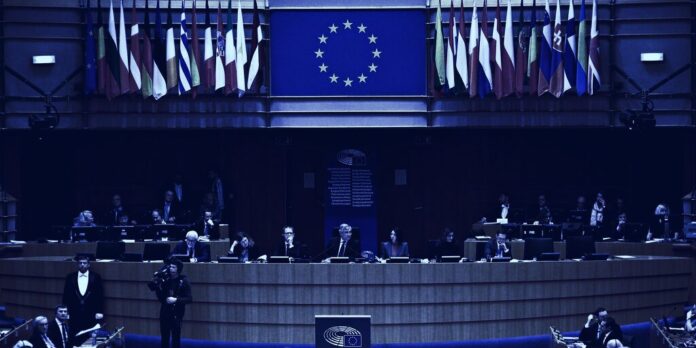 Former British politician Godfrey Bloom made his first Bitcoin purchase this week, according to a tweet Thursday. The move comes years after Bloom famously called the global banking industry “a scam.”

Bloom, who served as a Member of the European Parliament for Yorkshire and the Humber from 2004 to 2014, said on Twitter, “I make my first purchases of Bitcoin this week. Gold & silver have I plenty.”

Bloom said he was open to learning more about cryptocurrencies and even invited crypto thought leaders and speakers for an interview on his YouTube channel, which has 13,000 subscribers. “I am open & looking for interviews for some top crypto people to teach a 70-year old (me!) about crypto,” he said.

He previously said that he holds 65% of his portfolio in gold, 8% in silver and the rest in real estate.

The former European MEP has turned to Bitcoin years after he called the banking system a scam in a European Parliament meeting in 2013. He said at the time, “You do not understand banking. All the banks are broke.”

Bloom pointed out how the widespread practice of “fractional reserves”—in which banks are only required to hold a fraction of customer deposits on hand and can hence lend out the rest of the (users’) money—is “a criminal scandal” that has created a moral hazard for the economy.

In the same speech, he raised concerns on how quantitative easing, or the practice of printing money to jumpstart an economy, by central banks was outright manipulation. But, in the end, the taxpayer would be ultimately affected, he added.

“When banks go broke through their own incompetence…the taxpayer picks up the tab. It’s theft from the taxpayer and until we start sending central bankers and politicians to prison for this outrage it will continue,” said Bloom at the time.

Quantitative easing and concerns of inflation have caused many high-profile individuals like Bloom to turn towards Bitcoin in recent months, such as enterprise software maker MicroStrategy—whose founder wasn’t a fan of cryptocurrencies in 2013 but has since changed his stance—and fund manager Paul Tudor Jones.

Now even British MEPs are getting involved, who would have thought it?

The Crypto circus is back in town! This year’s star attraction? DeFi (Part 2) – CityAM