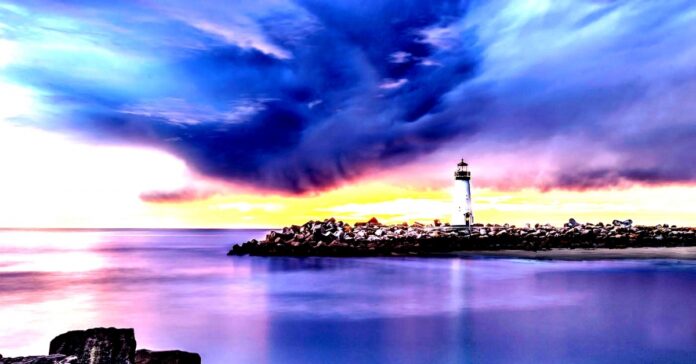 The upcoming U.S. presidential election has become one of the most contentious in history, fraught with searing divisions over everything from the economy to race to the continued health of democracy itself.

So it’s not surprising that Wall Street options traders are now pricing in expectations of elevated market volatility around the November election. Analysts for the investment banking giant Goldman Sachs noted earlier this month that price swings of nearly 3% are implied around election day in the Standard & Poor’s 500 Index of U.S. stocks.

Godbole writes that ample technical factors might explain the discrepancy, from the influence of certain hedging strategies to the reality that the nascent bitcoin-options market is still quite small in relative terms, with most action concentrated in “front-month” contracts that expire in September.

Another possibility, according to Godbole, is that bitcoin, as a globally traded asset, might actually be less susceptible to the U.S. outcome, even though the cryptocurrency is priced in dollars. The implication could be that bitcoin decouples at that point from the U.S. market.

“The U.S. elections will have relatively less impact on bitcoin compared to the U.S. equities,” Richard Rosenblum, head of trading at the digital-asset firm GSR, told Godbole.

There’s been a months-long string of astonishing developments and ridiculous twists in the fast growing arena of decentralized finance, or DeFi. Digital tokens with names like YAM and SUSHI have appeared overnight, exploding in value, dominating crypto headlines and sparking serious conversations about the far-reaching potential of digital-asset markets and financial technologies.

With total collateral locked into automated, blockchain-based DeFi trading and lending platforms surging more than 20-fold this year to $13 billion as of last week, big centralized cryptocurrency exchanges like Binance, Coinbase and OKEx have rushed to list the tokens and roll out DeFi offerings to avoid missing out.

Now, one cryptocurrency money manager, Panxora, seeks to raise up to $50 million for a new hedge fund to buy digital tokens associated with the fast-growing decentralized finance (DeFi) sector.

“This has got the potential to really change the way finance is carried out,” Panxora CEO Gavin Smith said in an interview.

In an ironic twist, Panxora’s announcement comes just as the DeFi market appears to be cooling. Just in the past week, total collateral in the systems has declined to about $9.5 billion, according to data tracker DeFi Pulse. Aave, a decentralized lender, saw its LEND tokens fall by 12% during the seven days through Tuesday, according to Messari, a cryptocurrency data firm.

Smith suggests that a correction was bound to come at some point. “We expect the market to be volatile in the early years,” Smith said. “While there is great potential there will inevitably be setbacks along the way.”

Key bitcoin (BTC) on-chain metrics have flipped bearish this week, suggesting the top cryptocurrency by market value may remain under pressure in the short-term.

On Tuesday, the net inflow of bitcoin to exchanges (measured by the total change in exchange balances) was 36,800 BTC – the biggest single-day rise since the markets crash on March 13, according to data source Chainalysis.

“Since Sept. 20, the net daily inflow of bitcoins to exchanges have been increasing and trade intensity has been declining,” Philip Gradwell, an economist at Chainalysis, told CoinDesk.

The data point “indicates a weakening market,” he said.

Currency cold-war prognosticators mapping out scenarios from “Rainbow” to “Red,” dominated by the U.S., China or bitcoin (CoinDesk)

The latest on the economy and traditional finance