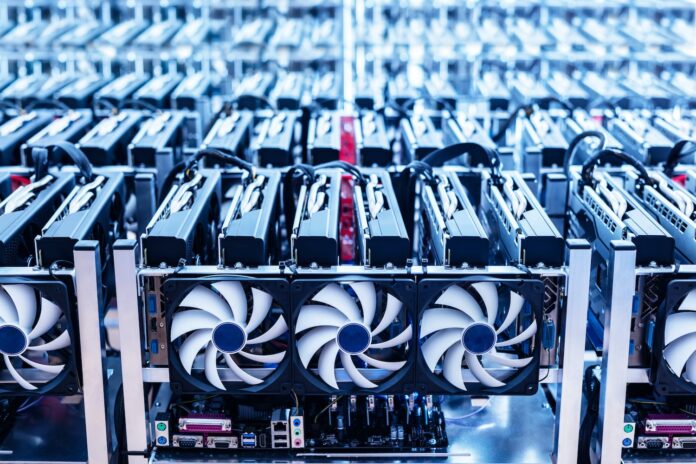 Even as bitcoin prices languish below $10,000, North American cryptocurrency mining companies are tapping into a flurry of fresh financing from investors to pay for new equipment upgrades, bolstering the blockchain network’s resilience and reducing its reliance on Chinese operators.

More than $1 billion of new bitcoin-mining computers will be purchased for North American bitcoin mining in the next two years, several people familiar with the industry told CoinDesk. That’s about five times the publicly traded mining-equipment maker Canaan’s revenue for all of 2019.

You’re reading First Mover, CoinDesk’s daily markets newsletter. Assembled by the CoinDesk Markets Team, First Mover starts your day with the most up-to-date sentiment around crypto markets, which of course never close, putting in context every wild swing in bitcoin and more. We follow the money so you don’t have to. You can subscribe here.

“North America is not going to completely take over mining, but there is going to be growth,” Trevor Smyth, managing partner of San Francisco-based Arctos Capital, said in a phone interview. In April, Arctos funded a $1 million sale-and-leaseback transaction for Blockware Mining, a bitcoin mining and rig-hosting company, according to a press release at the time.

The trend shows that entrepreneurs and investors are undaunted by the recent doldrums in the bitcoin market, where for the past month prices have remained stuck – almost uncannily quiet for the historically volatile cryptocurrency – in a range between roughly $9,000 and $10,000. It’s been a big disappointment for many bitcoin bulls, after a slew of predictions earlier this year that the May’s once-every-four-years “halving” might send prices to $90,000 or higher.

But the availability of financing for upgrades could put pressure on industry players to keep investing in new equipment, perpetuating the hardware arms race even without fresh price signals. It’s sort of like purchasing a new smartphone every year just to avoid falling behind the cutting edge.

Dave Perrill, CEO of Compute North, a Minnesota-based data center operator that offers hosting services for bitcoin miners, estimates that at least 2 million new-generation mining rigs will be produced during the current hardware cycle, with at least 400,000 units landing in North America.

“We believe that upwards of 20% of the new equipment will be operated there,” Perrill said.

Blockfills, a Chicago-based cryptocurrency market maker, says it will provide equipment financing for North American bitcoin miners who can obtain power-purchase agreements and secure base facilities in the U.S. or Canada.

“We expect to fund approximately $250 million ourselves in the next 12 months,” Neil Van Huis, director of sales and institutional trading at Blockfills, told First Mover in a phone interview.

Smyth, of Arctos Capital, said his firm is financing North American bitcoin mining equipment purchases in the range of $1 million to $2 million per deal.

Investors looking to gain a yield in a low-interest economic environment are investing in bitcoin mining – more so than ever before, Smyth said. Lenders can earn an attractive return from the interest charged in the deals, known as commercial leasing, he said.

“We raise capital through multiple sources,” Smyth said. “Ultimately they find our business is able to generate attractive risk-adjusted yields that can help diversify their investment portfolios.”

The investment proposition has become even more enticing since the coronavirus-induced economic crisis led to a collapse in yields on everything from U.S. Treasury bonds to mortgages. Smyth says his investors are seeing “non-correlated, steady returns.”

Arctos gets debt capital from institutions like banks and securitization partners. There is also a private Regulation D fund, which has exemption from SEC registration for small firms like Arctos to raise capital, he said.

The investment push could also give North America a bigger share of the bitcoin mining industry, historically dominated by Chinese operators, many of them with ready access to cheap electricity from hydropower plants. Currently, China has 65% of the geographical mining market share.

Smyth pointed to the entry into the bitcoin market of high-profile investors like Paul Tudor Jones III as a sign that more institutional capital is coming to crypto, despite the lack of price action.

The debt financing deals may be easier for many investors to understand than, say, taking a flyer on bitcoin perpetual derivatives on a Seychelles-based exchange.

“There’s certainly going to be hedge funds coming in and directly holding bitcoin,” he said. “But I actually see more opportunity for the bitcoin industry to attract institutional investors through structured debt products such as lease financing.”

Smyth says he sees a continuation of the “survival of the fittest” dynamic in the industry, where only the most efficient operators can keep up with the Bitcoin blockchain’s ever-increasing computational power, known as the hash rate.

The halving, which occurred on May 12, was the latest such milestone for the bitcoin blockchain, as programmed into the network’s 11-year-old code. The number of bitcoin produced as the reward for mining a new data block – roughly every 10 minutes – dropped to 6.25 from 12.5.

Ahead of the event, miners scrambled to upgrade their equipment to avoid becoming obsolete. And the amount of power used in bitcoin mining subsequently declined 43% in late May, according to the Cambridge Centre for Alternative Finance, in what might be an indication of the efficiency gains from the new generation of machines.

The hash rate is currently around 120 million terahashes per second, close to record highs. And that has caused a self-regulating mechanism coded into the Bitcoin blockchain, a factor known as “mining difficulty,” to hit new highs as new, more efficient machines are put into service.

It’s another force pushing miners to continue upgrading. More record difficulty highs are likely to accompany the deployment of new machines like the Bitmain S19 Pro and MicroBT M30S++, unveiled earlier this year.

Trend: Bitcoin is again sidelined near $9,160, having witnessed a trading range of just $325 last week – the lowest since the last week of March 2019.

As a result, bitcoin’s Bollinger bands, volatility indicators placed two standard deviations above and below the 20-day moving average, are now even more compressed than they were last week. “Such behavior could be considered a sign that a period of high volatility is just around the corner,” said Konstantin Anissimov, executive director at the cryptocurrency exchange CEX.IO.

Indeed a prolonged period of low-volatility trading often ends up with a big move in either direction. The analyst community has been calling a spike in volatility for more than two weeks now. So far, however, both buyers and sellers have refrained from making big bets on the cryptocurrency, leaving prices directionless above $9,000.

Should the long-held psychological support of $9,000 cave in, stronger chart-driven selling pressure may likely emerge, pushing the cryptocurrency down to the 50-week moving average at $8,550.