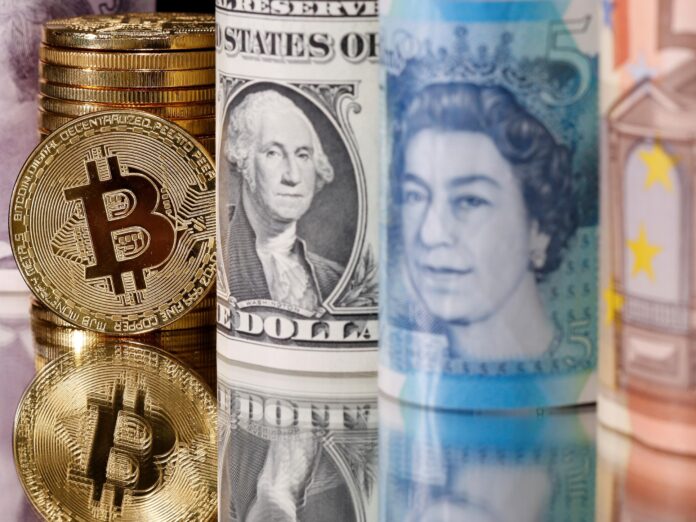 The Financial Conduct Authority (FCA) has been handed new powers to deal with misleading cryptocurrency adverts as the popularity of digital currencies soars.

Just like the use of traditional currencies, cryptocurrencies are a method of payment that allows people to buy goods or services. But most of the interest in digital currency comes from trading them for a profit.

They operate using technology called a blockchain whereby a large network of computer systems share a record of transactions, in large part to make these decentralised records more secure.

There are thousands of cryptocurrencies, with the number rising fast, but the biggest are currently Bitcoin, Ethereum and XRP.

In fact, such is the scale of the investment in these currencies that if Bitcoin were a bank it would be the eighth largest in the world.

Cryptocurrencies are hugely volatile and unlike investing in a company with underlying value and profit-making activities, the gains made on these digital currencies are usually reliant on simply being able to sell your currency for more than you paid for it.

Around 2.6 million UK investors hold or have held cryptoassets including cryptocurrencies – up by a million in only 12 months, according to the FCA. With most owning less than £1,000 worth, the typical investor is far more likely to be an amateur enthusiast than a professional.

It’s part of the reason that advertising, particularly on social media, is all-important in this world and as many as a third of buyers do so in response to an advert they have seen.

But until now the scale and speed of change in this industry has left the regulator struggling to keep on top of misleading or vague promotional material, leaving some uninformed consumers exposed to a higher level of risk than they may realise or expecting impossibly high returns on their investment.

The promotion of cryptoassets is currently unregulated but their proliferation, and the fact they are often targeted towards retail investors, means there are few measures in place to ensure promotions are being candid about the nature of the assets on offer.

Currently, if an unauthorised firm wants to promote a particular financial product, they need to get that promotion approved by any authorised firm. But the government this week acknowledged that this no longer provides a strong enough safeguard.

The Treasury has now announced plans to expand the financial promotions rules to include certain types of cryptoassets in a move that would mean to legally advertise cryptoassets to UK consumers, they would need to adhere to the same rules on fairness, clarity and accuracy that apply to traditional financial services promotions.

“It’s important that people can understand the financial products they see promoted,” City minister and economic secretary to the Treasury, John Glen, said.

“If adverts by unauthorised firms are misleading, or don’t fully outline the risks, then people can end up losing money. That’s why we want to put more protections in place around such financial promotions, including the promotion of cryptoassets, while continuing to ensure people have access to a wide range of products on the market.”

The move has been widely welcomed by investment specialists such as Laura Suter, personal finance analyst at investment platform AJ Bell, who says the plans would help those vulnerable to the inflated claims made by some promoters.

“The FCA has previously said that its hands were tied in some of its work on cryptocurrencies as it didn’t have the power to regulate much of the market – but this move will change that,” Suter says.

“Social media has played a big part in the boom in cryptocurrency buying, as it’s so easy for posts to be seen by thousands of people in a matter of minutes. But the claims made in the posts are often fantasy and there is very little oversight of what people are claiming.

“A crackdown on cryptocurrency advertising, particularly on social media, would prevent more vulnerable people from buying and protect them from losses.”

Research by the investment platform has also found that almost one in 10 people bought cryptocurrencies with borrowed money, adding to the potential fallout in the event of losing money through this high-risk investment.

However, Suter adds that if the proposals are passed, the FCA will have a massive task on its hands if it hopes to crack down on the Wild West of the crypto-market, which is populated by scammers and fraudsters as well as legitimate businesses.

“With so much of the advertising and false claims made online, on social media and directly to retail investors, weeding out the rogues in the market is a job of gargantuan proportions,” she warned.

Further plans were announced in the 2020 budget to consider regulating other aspects of crypoassets, including so-called “stablecoins” – cryptocurrencies that attempt to pin their market value to that of an external currency such as the euro or US dollar in a bid to reduce volatility.