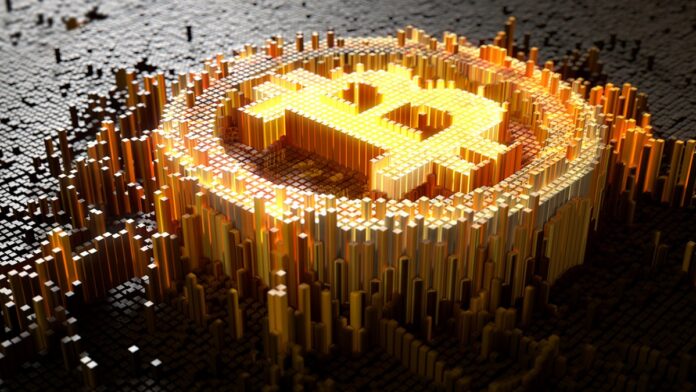 Used to be that cryptocurrencies were a term you only heard in tech circles. These days it pops up in the news with regularity and the Average Joe is asking himself, should I get in on this cryptocurrency business? What is exactly and how should I go about it?

This guide has some of the basic answers where you can learn what cryptocurrency is, how it works, where it came from, its benefits, the five most popular cryptocurrencies, and next steps.

A cryptocurrency is a form of digital cash, but it is not backed by any government. Instead, they are backed by their supported networks. They are database entries encrypted with highly complex mathematics. Because of this validating, a cryptocurrency transaction takes a lot of work and makes mining a job that’s not for everyone.

Shared over networks, the networks prevent possible errors, like double-spending.  Also, there’s no central server or controller monitoring transactions or generating new currency. The currency is created by the separate networks and generally, not interchangeable or equal.

Cryptocurrency values can change in reaction to a demand or a shortage, just like traditional currencies.

How do cryptocurrencies work?

Cryptocurrencies are shared over networks and then it is proved on a public database in a process referred to as mining. Each mining process is different for the cryptocurrencies.

A cryptocurrency transaction is made between digital wallets. The transactions are sent to blockchain databases and verified through mining, usually overall a 10-15 minute process. Each wallet has its owner’s cryptographic signature that proves the owner of the currency. Owner identities are always private and encrypted. Each owner has a private key that no one else knows or has access to and therefore accounts are secure

What is Mining Exactly?

In order for a transaction to be added to a database, a miner must solve a complex open-source mathematical equation. Anyone with a powerful enough computer can be a miner and in return, they get a fee, brand new coins, and a small amount of renowned. The first miner to add a block to a database, they cannot be added to altered by anyone afterward.

Because of the mathematical prowess behind the encryptions and because whoever mines a block has their name signed to it, it is sort of like a competition between miners to see who can seal, or verify a block first.

Basically, miners keep blockchains working smoothly by creating a block and legitimizing transactions with hash, or the encrypted data of the transaction.

Bitcoin and Blockchain were both created by Satoshi Nakamoto. It is a way to store transactions on a public database, with the blocks acting almost like traditional bank statements, making up a history of previous transactions. Users connected to the nodes get real-time updates shared by thousands. The blockchain is protected from hackers because the data is stored in various locations, not centralized on a single server.

Additionally, Blockchain performs a number of checks for security, like checking to ensure digital wallets are calculating balances accurately and that the owners using the coins actually owns them.

How did it all begin?

Although Satoshi Nakamoto is the identified inventor of Bitcoin, the individual is yet to be identified and is actually believed to be a group of people. The project was started in 2007 and the website Bitcoin.org was up and running in 2008. The first mining occurred in 2009 and the first transaction took place shortly thereafter.

Originally intending to create a peer-to-peer electronic cash system, rather than a currency, Nakamoto was the first to succeed at creating electronic money. A key part of the currency, especially in digital currency, is to ensure that the coins are not double spent, which is usually kept in check with a centralized server. Since Bitcoin is intrinsically decentralized, the way this is managed is that any duplicate transaction made with the same coins is automatically rejected. It is this unique difference that made Bitcoin viable as the first cryptocurrency.

What are the Benefits of Cryptocurrencies?

One of the main benefits of cryptocurrency is privacy, restricted access, and control. The owner of the currency has ultimate control over their account. Merchants can’t request access, no hacker can uncover your identity, and there are no fees or banking hours or locations to interfere with your access or currency. Your money and identity are as safe as you keep your private and public key.

Additionally, because of the digital nature of the currency, it cannot be counterfeited or forged, another layer of security for the cryptocurrency.

And for more hassle-free usage, a transaction cannot be reversed or altered, unlike a chargeback on a credit card.

The 5 Most Popular Cryptocurrencies

How do I get started?

If this has gotten you interested in cryptocurrencies, you can learn more by reading the white papers for any cryptocurrency. Probably best to start with Bitcoin or Ethereum as they are the two most popular kinds. If you’re ready to buy some cryptocurrencies, start at Crypto Head for an exchange. If that service isn’t available where you are, investigate the exchange collection.

Good luck with all your cryptocurrency adventures!