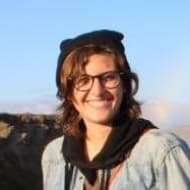 Haley Zaremba is a writer and journalist based in Mexico City. She has extensive experience writing and editing environmental features, travel pieces, local news in the…

In the past, cryptocurrency mining operations, especially that of Bitcoin, have gotten a lot of flack for consuming jaw-dropping amounts of energy. Bitcoin alone consumes more energy each year than the entire country of Switzerland.

To help illustrate the extremity of Bitcoin’s energy consumption, the University of Cambridge created an online tool that allows users to view Bitcoin’s energy consumption side by side with that of other entities. When this platform debuted, the tool showed that “Bitcoin is using around seven gigawatts of electricity, equal to 0.21% of the world’s supply,” according to a BBC report, a figure that translates to “as much power as would be generated by seven Dungeness nuclear power plants at once.”

However, critics of these damning reports have argued that the energy consumption of Bitcoin and of cryptocurrencies, in general, are overly harsh and not entirely representative of the whole story. Yes, cryptocurrency consumes a huge amount of energy, the argument goes, but the majority of that energy comes from renewable resources.

Many of the arguments along these lines are based on the findings of a study from last year, which found that more than 74 percent of bitcoins are mined using renewable energy. Now, however, this study by cryptocurrency investment products and research firm CoinShares has come under scrutiny, and it seems that their estimate may have been overblown.

A new study by the Cambridge Centre for Alternative Finance (CCAF) took a closer look at the issue and came away with more nuanced, and in some cases, vastly different findings. The CCAF did find that there is considerable use of renewable resources in cryptocurrency mining operations. “76 percent of ‘hashers’ use renewable energy to power their activities, with hydropower the number one source at 62 percent. Wind and solar energy meanwhile are used by 17 percent and 15 percent respectively,” Finextra summed up the CCAF’s findings. (‘Hashers’ is the term preferred by CCAF over the more common term ‘miners’, as it is more accurate “to actors that are running mining equipment to generate hashes for finding a valid proof-of-work”).

But this is where the two studies diverge: “The CCAF’s report specifies that the 76% figure refers to the share of hashers who use renewable energy at any point. It estimates that only 39% of hashing’s total energy consumption comes from renewables.”

Related: The Start Of A New Oil Market Supercycle

Much of the divergence in this data comes from the Asia Pacific region, where a large portion of cryptocurrency mining operations are centered, and where cheap, coal-fired energy is extremely prevalent. The prominence of hydropower in the cryptocurrency energy mix also leads to periods of flux, as it can be highly dependent on external factors like the rainy season. When the rainy season ends, and hydropower becomes less affordable, these regions turn back to coal to power the grid, and thereby to power cryptocurrency mining.

In the meantime, many cryptocurrency operations are working to find a way to bring down their energy consumption and thereby their overall ecological footprint. “Mining is specifically a function of ‘proof of work’ cryptocurrencies, where participants in the network are rewarded with coins for adding new blocks to the chain,” explains Finextra. “To swerve this energy-intensive process, ‘proof of stake’ cryptos are now common, where users hold funds in the cryptocurrency in order to support the blockchain network’s operation. Ethereum, for example, is rebooting as Ethereum 2.0, following a staking model.”

As always, the picture for cryptocurrency’s relationship with energy is much more complicated than just one study can explain. It is easy to forget that data is subjective, and quantitative findings are highly contingent on the extremely human endeavors of research design, data collection, data representation, and interpretation. This is not to say that cryptocurrency investment products and research firms like CoinShares couldn’t put together an excellent study with useful data findings, but it does show the importance of questioning and examining the source of a study. The same goes for the CCAF, whose research will also almost certainly be improved and expanded upon going forward.

By Haley Zaremba for Oilprice.com

Haley Zaremba is a writer and journalist based in Mexico City. She has extensive experience writing and editing environmental features, travel pieces, local news in the…