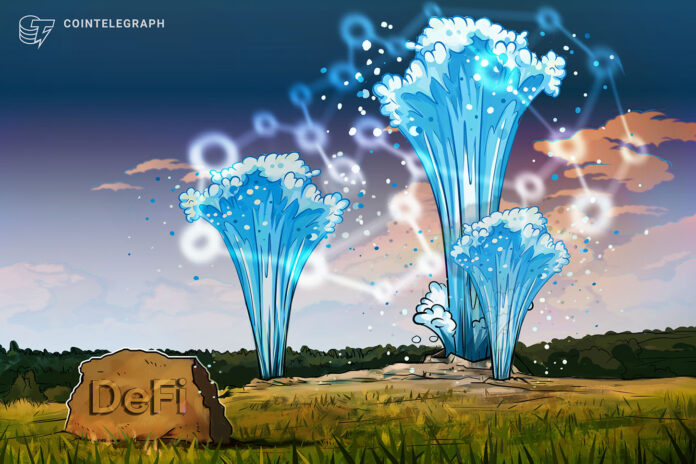 Decentralized finance (DeFi) protocols are racing to implement Layer 2 scaling solutions as Ethereum gas fees skyrocket and the network struggles under the demand.

Popular DeFi platforms including Uniswap, Aave, and Synthetix are gettin closer to rolling out the scaling solutions.

Synthetix, an on-chain synthetic assets protocol that tracks the value of real-world assets, is upgrading September 24 to a primitive version of L2 scaling.

According to a blog post by founder Kain Warwick the ‘Fomalhaut’ upgrade is the first phase of L2 migration to Optimistic Ethereum. It’s an incentivized testnet aimed at alleviating gas costs for small SNX stakers who have faced fees in the hundreds of dollars to collect weekly rewards.

A second upgrade called ‘Deneb’ is due on September 29 which also includes measures to reduce gas fees. Warwick added said:

“Both of these releases are direct responses to increased gas costs due to Ethereum congestion. Some of the changes are stop-gaps while we transition to Optimistic Ethereum but included in these two releases is the first step towards L2 Synthetix.”

The hybrid approach to L2 will likely take Synthetix through to the end of the year, he concluded. Optimstic rollups is a Layer 2 solution that scales Ethereum smart contracts and dApps up to 2000 transactions per second.

The world’s leading DeFi DEX, Uniswap is also working on a major upgrade with Uniswap V3. When asked earlier this year, Uniswap founder, Hayden Adams, said that V3 would ‘fix everything’ implying that L2 may be a big part of the upgrade.

What improvements will v3 have?

There is already a basic demo of the L2 version of the token swap protocol running at unipig.exchange. Unipig was launched in October 2019 in collaboration with Optimistic rollups.

London based lending protocol Aave, which is the second most popular DeFi protocol in terms of total value locked, is preparing the launch of version two of the platform which will streamline operations in order to reduce transaction fees.

In a blog post last month, Aave stated that its ‘aTokens’, which are minted to represent crypto collateral assets on the platform, will integrate EIP 2612 for gasless approvals. The Ethereum Improvement Proposal (EIP) enables transactions involving ERC-20 operations to be paid using the tokens themselves rather than gas accruing ETH.

“The short term objective is to push on the aToken adoption, and Aave is actively researching on bringing them to L2.”

The post did not give further details on which L2 solutions it would be adopting or a time frame for the launch of Aave v2.