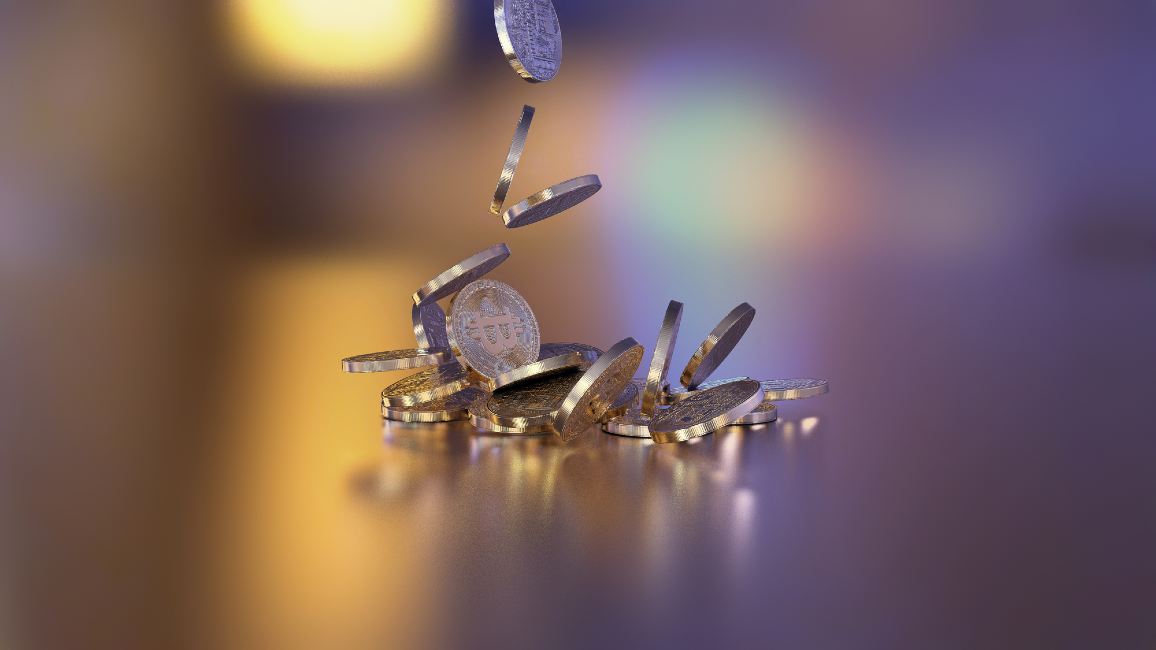 To date, there have been several significant landmarks that have been achieved by cryptocurrency during its decade-long evolution into a legitimate asset class. US SEC (Securities and Exchange Commission) regulation, token sales and coin offerings, derivatives-market maturation and development of government and central-bank digital currencies are just some of the most significant of those milestones. But as far as 2020 is concerned, it is the DeFi revolution that has taken the space by storm.

As is often the case with crypto, this has meant that we have seen astronomical gains in the price of several tokens belonging to DeFi projects. The non-custodial, decentralised derivatives exchange Serum, for example, experienced a monumental 1,500-percent price surge in just the 24 hours after its token launch on August 11. And, as such, DeFi markets are now showing explosive growth in terms of the total value locked in them. According to analytics hub DeFi Pulse, more than $8.5 billion was locked up in DeFi contracts at the beginning of September, compared with the mere $1,000 or so that was tied up 12 months ago. And even by April of this year, only $650 million had been committed, demonstrating just how steep the interest in DeFi projects has been in recent months.

At present, “trust” within the global financial system is largely represented by systemically important financial institutions and regulatory bodies. Have they been successful in instilling sufficient trust? That’s debatable at best. Errors, delays and security vulnerabilities have certainly not been infrequent. Nor have these entities been shy when it has come to taking their own pieces of the pie in exchange for providing this purported layer of trust. And what’s more, there have been depressingly few signs over the years and decades of their willingness to be more innovative, cost-effective or efficient.

It is with such limitations in mind that the DeFi revolution has gathered steam. DeFi is about creating a network of financial services that seamlessly function without the need for intermediaries that could hold an unfair and inefficient controlling stake in the operation of the system. “The simplest way to describe DeFi is as an open financial network,” Peter Johnson, ex-Morgan Stanley banker and now a partner at fintech (financial technology) venture-capital firm Jump Capital, recently told Fortunemagazine. “If you want to send, lend or borrow money, you don’t need to join a private network like PayPal or Fedwire or a bank.”

And they are already running virtually the entire gamut of possible financial services, including payments, savings, lending and borrowing, insurance and financial-market trading and investing. A user will typically set up an online wallet, such as MetaMask, that contains the user’s funds and remains strictly under the user’s control at all times. The wallet provides a gateway for the user to access dApps and gain exposure to various financial services.

The decentralised technology that underpins this new infrastructure eliminates the need for the involvement, approval and permission of a middleman, as is currently the case with banks operating under a centralised architecture. Instead, smart contracts facilitate the execution and completion of direct transactions between the two parties. The decentralised applications that run on these smart contracts, or dApps, facilitate this direct, peer-to-peer financial environment. They enable users to directly access a whole host of financial services, while the responsibilities that are normally conducted by the intermediary in a centralised system are instead stipulated by the code that is written into the smart contracts. Payments, for example, represent a hefty chunk of these dApps, with smart contracts enabling the sending of value from one party to another in a secure and transparent manner whilst providing a clear set of governance rules that cannot be changed.

Among specific dApps that have facilitated the boom is Compound (COMP), a decentralised lending facility—the smart contracts of which have been developed on the Ethereum blockchain platform. It allows anyone to lend or borrow crypto-assets through a decentralised market. Those who supply their assets to Compound’s liquidity pool earn interest on the amounts they lend, with the source of the interest originating from those users who borrow from the pool and who thus pay interest for doing so. The respective interest rates paid by borrowers and earnt by lenders are determined by the supply and demand of each token that exists in Compound’s liquidity pool at any given time.

The project managed to garner considerable attention when back in June it launched its token, which soon became available through renowned crypto-exchange Coinbase. Those who provide liquidity to the Compound protocol can earn COMP tokens as a reward. But what sets this particular DeFi project apart is that it issues cTokens to suppliers in exchange for the funds they deposit; for example, cETH tokens in exchange for ETH (ether) or cUSDC in exchange for USDC (USD Coin). These tokens function as collateral for loans, which effectively enables users to spend funds whilst they continue to earn interest. And at any time, the user can redeem cTokens for the normal token plus the interest earned.

But what exactly has been driving this recent DeFi buzz? In short, “yield farming”. As protocols such as Compound demonstrate, generating high-yield income is among the most popular activities within the DeFi space at present, with users depositing their token holdings to earn a significantly higher rate of return than they would with a typical savings account. Yield farming itself involves moving money around various markets to ensure the user earns the highest possible rate of return. This may involve exposure to riskier pools, but the higher yield offered on such assets represents compensation for this risk. The real benefit from yield farming now seems to come from users engaging in arbitrage by lending to and borrowing from the same protocol to earn risk-free returns.

What’s more, returns from yield farming can be significantly bolstered by “liquidity mining”, whereby a yield farmer also receives a token in addition to the rate of return in exchange for providing liquidity. “The idea is that stimulating usage of the platform increases the value of the token, thereby creating a positive usage loop to attract users,” noted Richard Ma of smart-contract auditor Quantstamp.

But those higher interest rates, of course, represent taking on a higher degree of risk. And DeFi invariably represents a much higher risk prospect than the traditional financial sector. “Honestly I think we emphasize flashy DeFi things that give you fancy high interest rates way too much,” Ethereum co-founder Vitalik Buterin tweeted in June. “Interest rates significantly higher than what you can get in traditional finance are inherently either temporary arbitrage opportunities or come with unstated risks attached.” And the fact that the interest rate can at times fluctuate wildly means there is not much chance that users can accurately determine how much they will earn over the course of longer periods.

There is also little in the way of a standardised regulatory framework thus far. Entities such as the Federal Deposit Insurance Corporation (FDIC),  the US agency that provides insurance to depositors, are not there to protect users in DeFi applications such as Compound. And if there is a risk of failure that prompts a flight to safety by users, some may end up being unable to withdraw their funds.

And DeFi protocols such as decentralised exchanges (DEXes) can be susceptible to the nefarious practice of front-running, whereby miners suitably position their buy and sell orders ahead of much bigger customer orders to extract profit. As a Cornell University paper found last year, there is widespread and rising deployment of arbitrage bots in blockchain systems, specifically in decentralized exchanges. “Like high-frequency traders on Wall Street, these bots exploit inefficiencies in DEXes, paying high transaction fees and optimizing network latency to frontrun, i.e., anticipate and exploit, ordinary users’ DEX trades,” noted the authors. “We observe bots engage in what we call priority gas auctions (PGAs), competitively bidding up transaction fees in order to obtain priority ordering, i.e., early block position and execution, for their transactions.”

Nonetheless, as it stands, DeFi already represents a major breakthrough in the world of financial services. It is reinventing the way ordinary people can conduct their financial affairs and is providing an increasingly robust alternative to traditional financial systems. Perhaps most exciting of all is the opportunity for a much wider population to access a multitude of financial services. Anyone with a smartphone and an internet connection can gain exposure to DeFi services, which in turn means that they represent a significant step on the path towards the complete democratisation of finance throughout the world.

And with the significant problems experienced by the global financial system in recent years far from resolved, that concerted shift towards DeFi seems likely only to gather pace. “When politicians are printing trillions of dollars willy nilly, people don’t trust the value, and it simply accelerates the migration away from fiat political currency like dollars or pesos and toward undilutable decentralized currency you can trust like bitcoin,” renowned venture capitalist Tim Draper recently observed. “The DeFi world is almost as technologically advanced as the dollar, and when it is, there will be no one who will want to accept politically manipulable currency like dollars anymore.”