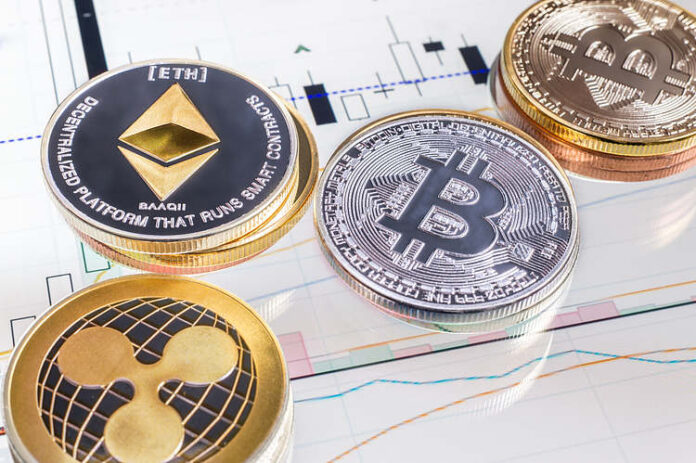 BTC/USD is trading at $10,754 recovering well from the last dip and forming an equilibrium pattern on the daily channel.

ETH/USD climbed above the daily 12-EMA hitting $352 after a similar recovery period. The second-ranked cryptocurrency is now looking to establish a new daily uptrend.

XRP/USD broke out of a descending parallel channel formed on the daily chart and is seeing a good amount of continuation. XRP is one of the first to confirm a new uptrend in the short-term.

Jay Clayton, chairman of the U.S. Securities and Exchange Comission (SEC) has recently stated that all stocks could become tokenized. The tokenization of assets basically refers to a security token that represents a real tradable asset. They are cheaper, more transparent, more accessible and should provide greater liquidity because they can be traded on a secondary market.

Clayton appeared in a webinar hosted by the CDC and Securrency, a blockchain startup, stating:

It may be very well the case that those all become tokenized, adding, Our regulatory framework, the principles of our framework, is time tested, and it’s been time-tested through many innovations.

One of the main concerns behind this statement and tokenized assets in general is the lack of clarity in what constitutes a security token. Clayton tried to clarify this problem by saying:

According to the most recent reports, cryptocurrency exchange trading volumes almost surpassed $170 billion in September. The blockchain industry continues growing at an increasing pace and governments around the world are noticing.

The primary use case of the new stablecoin will be to provide financial institutions with access to crypto-based institutions. Sharon Paul, the head of payments for Xfers stated in a recent interview:

Payments are more often than not, the first step in enabling financial access. With this in mind, and observing the rise in tokenised assets, it was a natural progress for our team to include Stablecoins into our suite of payment options. It is with great joy to offer XSGD as an interoperable and hence seamless settlement option for the digital assets and capital markets industries.

Quote of the day

Bitcoin, and the ideas behind it, will be a disrupter to the traditional notions of currency. In the end, currency will be better for it.