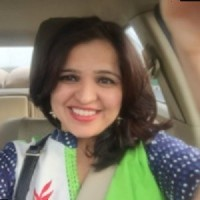 Cryptocurrencies have been around for a while now, and we’re well past the point where they were considered a temporary, passing gimmick. At this stage, many people agree that cryptocurrencies are the way of the future in many ways, even if there are some
flaws in the general idea. The important thing is that we’re actively experimenting with different solutions for the common problems on the financial market, and we’ve already come across some quite exciting discoveries along the way. When it comes to fintech,
it’s clear that
cryptocurrencies have had a major impact – but how strong has it been exactly, and what can we expect from the future in this regard?

Current Uses of Blockchain in Finances

Blockchain is currently actively used in many areas of the financial sector like
forex. It’s no longer a secondary thing for many businesses, and support for the technology is rapidly growing. And there is a lot that it can bring to the table as well – from easy
verification of identities, to speeding up regular everyday transactions, to enabling customers to use their mobile phones more comfortably as part of the purchasing process. There is a lot that blockchain can do that is not even actively explored yet, and
it’s important to pay attention to the new and growing trends in this market.

Which leads us to our next point. Blockchain is already enjoying an established place in many areas of the market, but it will take a while before it’s fully reached its potential. Until then, we’re likely going to see various

companies attempting to use it in new and different ways, and not all of those will be successful in the long run. But what truly matters here is that we pay attention to not only the successes, but the failures as well. Identifying the cause for each of
those failures is going to be crucial in the long term when it comes to ensuring that we’re using blockchain to its full potential.

The current prospects for the tech and its integration into the market are already quite attractive. Many companies have been exploring the market in even more detail lately too, and have been doing their best to make the situation more attractive for their
users. Because of this, we’ve seen the rise of many integrations of blockchain tech into various aspects of the current market, and this is something that will likely continue in full force as well.

The Future Is Not Set in Stone

But in the end, it’s hard to predict where this will all take us.
Blockchain is still a new technology compared to the overall state of the financial market, and it will likely be a while until it’s properly stabilized its position. As we said above, the important thing right now is to pay attention to how this tech evolves
and the stages it goes through. Because a lot will happen over the next couple of decades, and those who have been following the trends will be in a better position to take advantage of the new situation.

Until then, it’s also not a bad idea to experiment with what the market has to offer. Blockchain is already integrated pretty tightly into many sectors, and it doesn’t take a lot of effort to get started with this field. The technological barrier today is
significantly lower than what it used to be, so there aren’t many excuses for not following those developments. And even when some things don’t pan out, they will still provide a good learning experience for those who’ve attempted them.