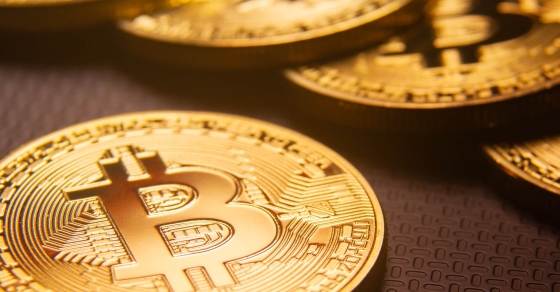 Cryptocurrencies are capable of achieving world trade and business at the snap of a finger – digital trade is expedient in ways once deemed impossible in the days of analogue dollars.

Bitcoin once had the reputation of being the preferred currency for the purveyors of the Dark Web, who were buying and selling prohibitive items without government interference. Now, cryptocurrency has acquired mainstream approval from investors and the business world in general in 2020.

The convenience and speed of cryptocurrency sets this form of currency apart from traditional, pre-digital cash.

Investors or purchasers can send Canadian dollars to Europe, have them converted into euros then have the funds deposited into the accounts of their choice instantly and anonymously at competitive exchange rates. Often, cryptocurrency investors pay only a couple of dollars or less in fees.

Bitcoin – the most familiar cryptocurrency – was invented in 2008 by an unknown person (or persons) with the anonymous name of Satoshi Nakamoto. Bitcoin entered the world markets in 2009, when this digital-based currency was released as open-source software.

Banks and governments don’t own or control Bitcoin, since this digital currency is designated as being open-source, otherwise known as software derived from the original source code, becoming available for redistribution – sometimes featuring modifications with fees attached.

Cryptocurrency is used for quick peer-to-peer transactions and worldwide payments on a growing footing. The practicality, anonymity and low processing fees attached to Bitcoin, Ethereum and thousands of other cryptocurrencies are making them hot items on international markets.

Investors are advised to have diverse portfolios if they invest in cryptocurrencies, in case the prices of their investments crash. Bitcoin is one of the most successful digital assets, reportedly with a market capitalization of close to $180 billion as of September 2019. This cryptocurrency effectively created several millionaires since being launched in 2009.

Cryptocurrency scammers arrived on the scene as digital-led economy grew, hoping to produce marks out of novice investors who didn’t realize the differences between their Tethers and Chainlinks.

Writing for COINTELEGRAPH, Joseph Young reported on a story from Sept. 27 about an unknown hacker behind the KuCoin breach, who was trying to unload stolen ERC-20 tokens on Uniswap – a decentralized exchange network opened in November 2018 and intended for cryptocurrency traders and investors.

However, blockchain technology has assisted investigators in tracing Ethereum and other cryptocurrencies, meaning digital money can’t be laundered or stolen as easily as the online thieves and hustlers might think.

If proper enquiries into the origins of stolen or laundered digital funds are followed through, online crimes involving cryptocurrency can be rectified through studying the blockchain links. A blockchain represents a list of records linked to secure communications, such as cryptocurrency transactions. Blockchains contain timestamps and transaction data and are purposed to add security to digital funds.

Aside from attempts at blatant theft and laundering, phone and online scams are used to trick people into making false cryptocurrency investments.

Tim Falk in the online magazine Finder offered advice on detecting crypto scams in an article written on May 26, 2020.

Non-legitimate cryptocurrency websites have addresses beginning with http instead of https – the data sent to these websites isn’t secure.

The word “Secure” or a padlock image should appear on the website’s address bar.

Search for spelling and grammar mistakes on the website, along with awkward phasing.

If the website promises unrealistic returns, consider this a scammer’s opportunity lying in wait.

Search for an “About Us” page to discover the story behind each website for investors who are seeking to extend their portfolios.

Search for reviews. Study other investment pages and see what the cryptocurrency community is saying about them prior to investing. Find who the registered owners of the domains or websites are. Avoid websites who lure others with celebrity endorsements. Finally, unsolicited messages sent through emails or social media regarding cryptocurrency investments should be binned and the senders should be reported and blocked.