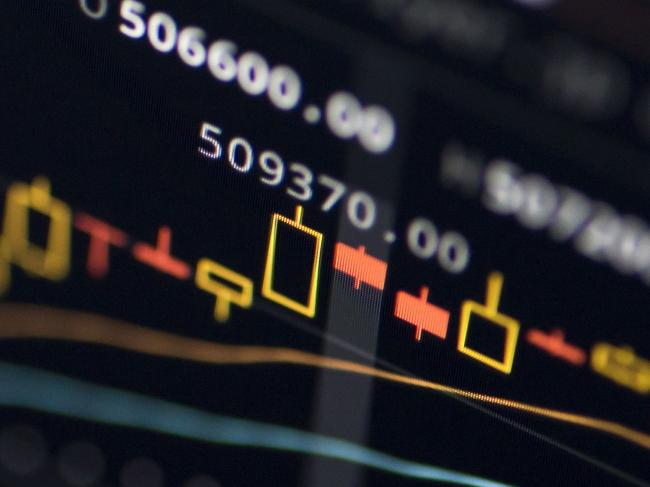 © Bloomberg. A chart of bitcoin prices against Japanese yen is displayed on a computer monitor via software for trading virtual currencies in Tokyo, Japan, on Wednesday, Aug. 30, 2017. Stock of Bitcoin, the best-k{{0|now}}n digital currency, has surged 358 percent this year. While staggering, lesser-k{{0|now}}n competitors have seen even bigger gains, such as the more than 4,000 percent increase for ethereum. Photographer: Tomohiro Ohsumi/Bloomberg

(Bloomberg) — About $50 billion in cryptocurrency assets have left China in the past year, a possible indication that investors are dodging rules that limit how much capital they’re allowed to transfer from the nation, according to new research by blockchain forensics firm Chainalysis.

The controversial cryptocurrency Tether accounted for more than $18 billion of the outflows from East Asia in the period, the firm said Thursday in a report. Tether, a so-called stablecoin because its value is pegged to the U.S. dollar, accounts for 93% of stablecoin use in the region.

“Stablecoins like Tether are particularly useful for capital flight, as their USD-pegged value means users selling off large amounts in exchange for their fiat currency of choice can rest assured that it’s unlikely to lose its value as they seek a buyer,” Chainalysis said in the report.

China limits citizens to moving the equivalent of $50,000 a year out of the country. Wealthy Chinese circumvented this rule in the past by making overseas real estate investments or creating shell companies, Chainalysis said. It’s not known how much of the $50 billion, or the Tether transfers, stem from capital flight.

“Tether has become a U.S. dollar replacement for many people in China,” Dovey Wan, a founding partner of cryptocurrency investment firm Primitive Ventures, said in the report. “Lots of Chinese businesses and merchants, especially those working overseas, now accept Tether.”

Tether is one of the more controversial cryptocurrencies in a market of many questionable coins. In 2019, the state of New York sued Tether and its related company Bitfinex, one of the largest crypto exchanges, over the loss of more than $850 million in client and corporate funds. The Commodity Futures Trading Commission subpoenaed the two companies in 2017 over an allegedly false claim that one U.S. dollar backed every Tether coin.

The companies have said they’ve done nothing wrong in the New York state case. No CFTC decision was issued, and Tether has said it also uses other assets besides the dollar to support coin value. In the meantime, the amount of outstanding Tether has skyrocketed to $12.8 billion from about $2 billion in 2019.

Paolo Ardoino, Tether’s chief technology officer, told Chainalysis that the uses for the currency are evolving.

“Tether tokens are neither a panacea nor a replacement for fiat,” he said, according to the report. “The fast settlement, deep liquidity, low fees and stable price associated with Tethers have created unique opportunities for crypto traders, remittances, lending products and safe havens for people in jurisdictions with less-stable fiat currencies.”

Merchants use Tether for cross-border transactions, Kim Grauer, Chainalysis’s head of research and author of the report, said in an interview. Chinese firms conducting business in Latin America, for example, are increasingly accepting and Tether for payment.

Speaking of Tether, she said, “Even if the scam side is unresolved, the demand side is there.”

The Chinese government in 2017 outlawed the exchange of yuan for cryptocurrencies. Crypto users have gotten around that ban by using a vast network of under-the-table brokers who will trade yuan for Tether, the Chainalysis report found. The link to Bitfinex is key to Tether’s dominance in Asia.

“Many popular cryptocurrency influencers in China have historically been big proponents of Bitfinex,” Chainalysis said, citing Wan. “Many of those influencers became wholesalers of Tether, selling the stablecoin to a large network of OTC traders around China. Those OTC traders in turn sell Tether to the masses.”

Crypto flow out of Asia is driven by factors other than capital flight. The region is dominant in Bitcoin mining, the use of computers to discover and acquire new blocks of coins. Miners often quickly sell the coins, helping to drive crypto out of the region and into Western Europe and North America, Chainalysis said.