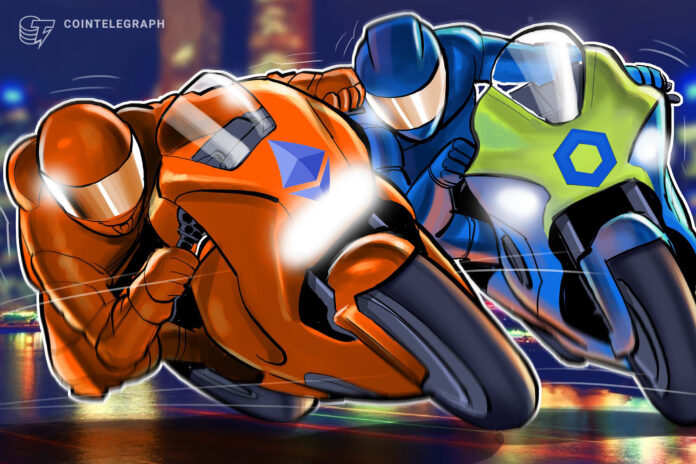 According to the latest report from Flipside Crypto, Chainlink is spending one million LINKs a month rewarding node operators, outspending Ethereum by a wide margin.

The researchers observed that 500,000 Chainlink (LINK) are sent to node operators twice a month.

At current prices, this support constitutes almost $5 million dollars a month or close to $60 million annually. At the same time, the Ethereum Foundation is expected to spend $30 million this year. Meanwhile, Ether’s (ETH) market capitalization is roughly 15 times that of Chainlink.

This aggressive spending has allowed the company to achieve key milestones such as an integration with China’s Blockchain Service Network and Tezos (XTZ) and the introduction of verifiable on-chain randomness. This has also allowed LINK to trade close to its all-time high. Recently, a co-founder of Framework Venture, Michael Anderson, said that he expects the price of LINK to exceed $25 in the foreseeable future.

Chainlink’s ICO raised $32 million back in September 2017. The total supply is one billion tokens with 35% distributed during the token sale. Another 30% was reserved for the company for continued development and the remaining 35% for the incentivization of node operators. 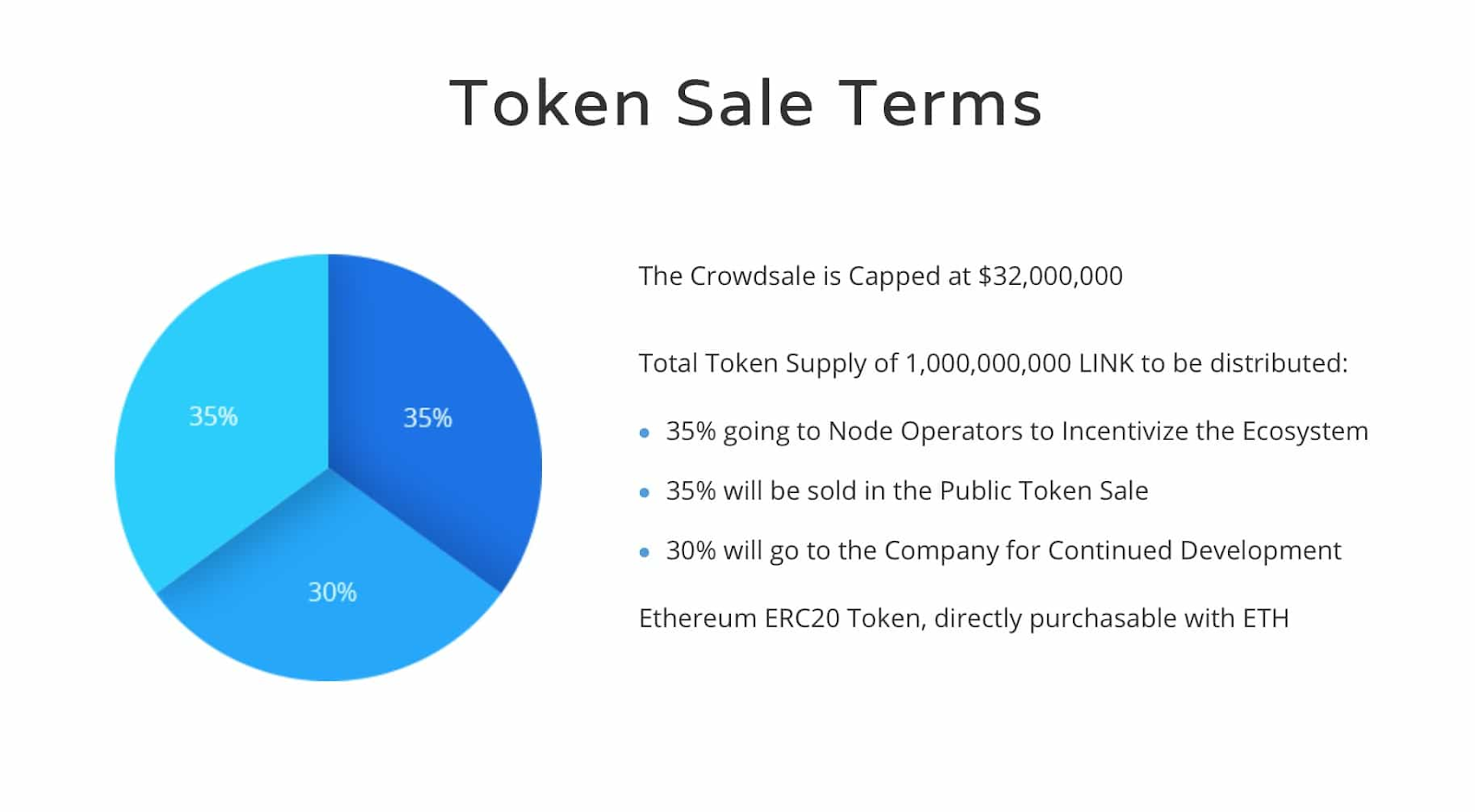 If these payments are indeed going to node operators, it is not clear why they are not coming from the wallet containing 350 million LINKs. Though all wallet attributions are hypothetical since this information is not coming directly from Chainlink.

Apparently, there is no segmentation between company’s wallets and team’s wallets. However, assuming that the two wallets belong to the Chainlink Foundation, at least 31,509,569 LINK have been spent on Chainlink’s development thus far. At the current price, this represents about $150 million.

The report also observes that, although most of the token supply is still used for speculation, the project has a very active community and is becoming increasingly decentralized:

“Chainlink has a very engaged community. The fact that more users are accumulating LINK, points to a very healthy ecosystem that is becoming increasingly decentralized and active. Our benchmarks, which compare Chainlink’s data to over 40 other blockchains we monitor, place Chainlink far above others in terms of the median number of unique addresses active daily on the network.”

Chainlink’s expansive strategy has been paying off. It has achieved tangible results from key integrations to high market capitalization. Perhaps its most impressive achievement is that Chainlink has become synonymous with crypto oracles.