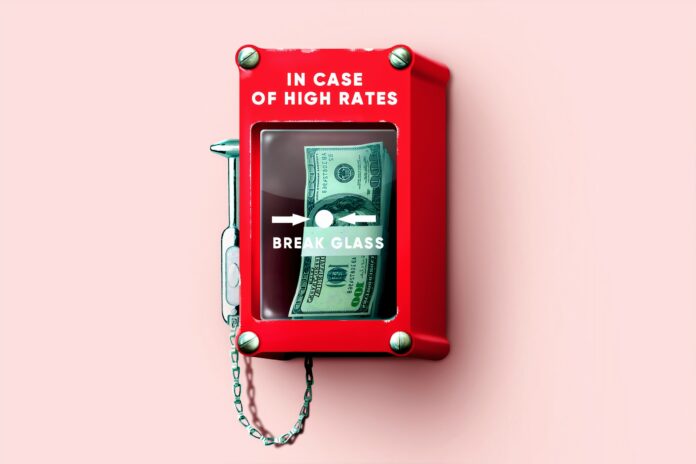 Bitcoin is a tool to avoid police extortion in Nigeria, centralized social media is being censored amid Thai protests and Federal Reserve Chairman Jerome Powell said the central bank will readdress its previous 2% inflation target over the next decade.

Police-resistant
To combat extortion and coercive policing in Nigeria, some, like Nigerian programmer Adebiyi David Adedoyin, are turning to bitcoin. Human Rights Watch has documented a trend in the country where police detain citizens, determine their life savings through force entry to their phones and seize it. It almost happened to Adedoyin. “The money they collected to let me go in that case would have been a lot more if I had more money in my account. But I had most of my money in bitcoin,” Adedoyin said. Police are less likely to look for a bitcoin wallet, he said.

Bitcoin fund
Fidelity Investments’ chief strategist, Peter Jubber, is launching a new bitcoin index fund. Disclosed in a Wednesday morning filing with the Securities and Exchange Commission, “Wise Origin Bitcoin Index Fund I, LP” has a $100,000 minimum buy-in and is the latest example of Wall Street veterans warming up to bitcoin. Wise Origin links back to Fidelity Investments via Jubber and Fidelity’s brokerage service and distribution subsidiaries, both of which are set to receive sales compensation from the new fund. It also shares a Boston office building with Fidelity, Danny Nelson reports.

Exchange extortion
The New Zealand stock exchange has halted trading for the third day in a row as a result of criminal cyberattacks. Targeted disruption from malicious actors have knocked the NZX exchange’s hosting service Spark has knocked it intermittently offline. The criminals, potentially connected to the Amada Collective and Fancy Bear cybergangs, are demanding bitcoin in order to cease the attacks. Over recent weeks, the group has also attempted to extort bitcoin from PayPal, MoneyGram, YesBank India, Braintree and Venmo,  CoinDesk’s Sebastian Sinclair reports.

Blockchain on the LINE
Messaging giant LINE has launched a wallet for users to manage digital assets and a blockchain platform where developers can issue their own tokens, tokenize digital assets and run decentralized applications (dapps). The wallet services are only available in Japan, at launch, where LINE is particularly well-known. The company, whose messaging app boasts 84 million users, aims to leverage its existing network to jumpstart the development of its token economies and accelerate adoptions of many dapps built on its proprietary blockchain platform – setting it apart from other messaging app blockchain experiments.

The Fed has left itself flexibility to change its monetary policy plans in the future, including letting inflation rise above its traditional 2% target. In his speech, Powell didn’t rule out any use of its monetary policy tools, such as a broader expansion of its balance sheet to keep markets from tumbling if the economy worsens and bankruptcies increase.

It’s a speech that may have long-term implications on both bitcoin and ether, given the dollar’s relatively precarious position in the global financial system.

The implication for crypto is that the Fed will likely let inflation run hot for a few years, which could theoretically weaken the dollar and boost prices for bitcoin.

Thursday offers a reminder of just how dramatically once-slow-moving monetary forces have accelerated due to the devastating economic toll of the coronavirus pandemic. The national debt now stands at $26.5 trillion. Digital currencies are now being studied and pursued by central banks in China, the U.S. and just about everywhere else. Goldman Sachs recently warned the dollar risked losing its dominant reserve status, CoinDesk’s Bradley Keoun reports.

Flat options
Bitcoin’s options market foresees little price turbulence in the short term, CoinDesk’s Omkar Godbole reports. Bitcoin’s implied volatility on one-month options, a gauge of the market’s expectations for price movements, fell to the lowest level since July 25. Short-term price expectations have declined sharply from 70% to 52% over the past two weeks. This wait-and-see approach is happening ahead of Federal Reserve Chair Jerome Powell’s Jackson Hole address, in which he’s expected to signal tolerance for high inflation – a move that could weaken the U.S. dollar and propel bitcoin higher.

Back to the Baseline?
Baseline Protocol, where corporates can use the Ethereum public mainnet as a common frame of reference among different systems of record, has released its Version 1.0. The way enterprise blockchains typically work is by running data on-chain like a traditional workhorse database – a grave error of judgment, John Wolpert of ConsenSys said. Announced Wednesday, the Microsoft-backed project – developed by Paul Brody, blockchain lead at EY, and Wolpert– uses Ethereum only for hashing and ordering events, CoinDesk’s Ian Allison reports.

DeFi debate
DeFi Pulse, run by the Concourse Open Community, has become the chief source of knowledge in the decentralized finance (DeFi) space, pionering a metric called, “Total Value Locked.” TVL represents the dollar value of all the tokens locked in the smart contract of a given decentralized lending project. While a convenient way to rank projects, it also raises controversies around the value in locked-in value.

NFT games?
Leah Callon-Butler, a CoinDesk columnist and director of Emfarsis, reveals the unknown world of Filipinos using non fungible tokens (NFTs) to earn a living during the coronavirus pandemic. A popular Ethereum-based game, Axie Infinity, where players breed, raise, battle and trade adorable digital critters called Axies, is providing pathways out of poverty and helping spread the word about novel technology, she said. “It’s food on the table, it’s money for their families and it’s saving them when they cannot even leave the house during this pandemic,” Gabby Dizon, the Filipino co-founder of mobile app development company Altitude Games, said.

Distributing dictator’s horde
Ruben Galindo, CEO of the P2P network Airtm, joins the latest The Breakdown to discuss how the crypto-powered network is teaming with Venezuela’s opposition government to distribute $18 million in funds the U.S. seized from the Maduro dictatorship.