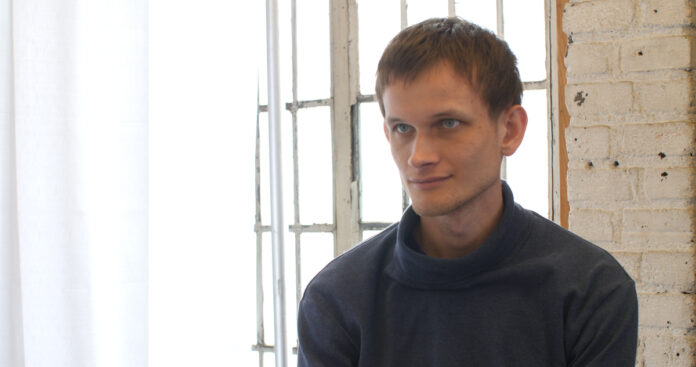 Tether disputes allegations of market manipulation brought in court, Vitalik Buterin issues a proposal for Ethereum’s high gas fees and Voatz weighed in on whether a longstanding federal law over computer access is overly broad.

Tether disputes
Tether and affiliate exchange group iFinex have called for a market manipulation lawsuit to be dismissed because plaintiffs, they say, cannot prove $3 billion worth of unbacked stablecoins actually entered the market. Five crypto traders are suing the companies for incurred monetary losses after buying cryptocurrencies at prices they claim were inflated by Tether’s manipulation of the market. Plaintiffs claim Tether issued billions of dollars worth of dollar-backed cryptos, which Bitfinex then used to purchase cryptocurrencies on the open market to prop prices up during market downturns. Defendants’ lawyers argue the claim USDT is not properly backed is based on “unfounded allegations, and that it hasn’t been proven cryptocurrency prices were indeed artificial at the time in question.

New pairs
BitMEX announced plans to introduce futures markets for two cryptocurrencies, chainlink (LINK) and tezos (XTZ), the first new coins to appear on the exchange in over two years. These two cryptos have seen triple-digit year-to-date returns. BitMEX last listed a new token in June 2018, when it announced a TRON/BTC futures market. Shortly before that announcement, the exchange removed six altcoin futures markets, including ethereum classic (ETC), zcash (ZEC), and monero (XMR). Notably, the new altcoin futures will trade against tether (USDT) instead of bitcoin (BTC). In Friday’s announcement, BitMEX said the reason for this is because “USDT pairs account for over 60% of overall altcoin volume.”

Fee fixes?
Ethereum co-founder Vitalik Buterin released an improvement proposal (EIP 2929) Tuesday in a bid to ameliorate soaring network fees. Average network fees reached $15.21 on Wednesday, up 660% from $2 a month ago. The surge in fees is likely being driven by the growing use and number of decentralized finance (DeFi) applications. Buterin’s proposal would make “heavy” contracts, which update the Ethereum state, more expensive by a factor of three. This repricing proposal could break some smart contracts already operating on Ethereum, Buterin wrote, adding developers “have had years of warning” about potential changes. Necessary consensus to vote the proposal in could take weeks or months.

International regulation
Bank of England (BoE) Governor Andrew Bailey said regulators have to come together for a “global response” to stablecoin issuance. Speaking Thursday, he said the international nature of stablecoins, which can be based in one country and operate in another, meant failure to coordinate could result in confusion and regulatory fragmentation. While admitting stablecoins could reduce frictional costs, even becoming the primary means for purchasing goods and services, regulators must ensure they maintain their 1:1 backing with fiat currencies. Further, Bailey called bitcoin unsuitable for payments and multi-asset backed crypto-dollars like libra premature. The BoE is actively researching a “digital pound.”

Quickening research
Brazil’s chief central banker Roberto Campos Neto said Wednesday that his country could be ready for a digital currency (CBDC) by 2022. By that time, the Banco Central president said, Brazil will have an interoperable instant payments system and a “credible” and “convertible” international currency – “all the ingredients to have a digital currency,” he said at a Bloomberg event covered by local outlet Correio Braziliense. Campos Neto also was reported to have said that CBDCs are the consequence of fast-digitizing financial systems such as Brazil’s.

Is the CFAA overly broad?
Blockchain voting startup Voatz weighed in on a longstanding ruling about improper access to a  “protected computer.”

Appearing in a “friend of the court” brief before the U.S. Supreme Court, the startup argued that bug bounty programs concerning cybersecurity should be operated under strict supervision.

The case, Van Buren v. United States, is centered around whether it is a federal crime for someone to access a computer “for an improper purpose,” if they already have permission to access other files on that computer.

Nathan Van Buren, the petitioner in the case, is a former Georgia police officer who was charged under the Computer Fraud and Abuse Act (CFAA), which is often used to  prosecute computer hackers. Enacted before the establishment of the internet, the CFAA prohibits accessing a “computer” without permission as well as the unauthorized deletion, alteration or blocking of privately stored data.

Some, like prominent lawyer Tor Eklend, believe the law is overly broad and outdated.

For his part, Van Buren claims a lower court ruling upholding his conviction could be taken to mean that “any ‘trivial breach’” of a computer system could be a federal crime. He was given permission to look up a license plate for an acquaintance.

In its brief, Voatz says the CFAA does not need to be narrowed, and some breaches of computer systems are necessary.

However, the firm argues researchers looking into potential vulnerabilities should specifically check with the companies they are evaluating prior to doing so, and should only proceed with authorization from the companies.

Late last year, a University of Michigan student or students participating in a security course likely accessed Voatz’ systems. In its brief, Voatz said the “students’ ill-advised activity” was reported to West Virginia officials, prompting an FBI investigation, because the company could not distinguish between their research and an actual hostile attack.

“Regardless of the particulars, however, the West Virginia incident illustrates the harm caused by attacking, or ‘researching,’ critical infrastructure without proper access or authorization especially in the middle of an election,” Voatz wrote.

Reasons why
Bitcoin prices fell below $11,000 yesterday for the first time in a month.

First Mover Editor Bradley Keoun spoke to market analysts for their take on why the market tanked. Here are the three most common responses.

3. Miners sold some of their bitcoin

Risk off?
Bitcoin isn’t likely to see a quick rebound from the double-digit price drop over the last two days, CoinDesk’s Omkar Godbole reports. Bitcoin fell by over 10% on Thursday to $10,006, according to CoinDesk’s Bitcoin Price Index, the biggest single-day percentage decline since March 12 when prices crashed around 40% amid a major sell-off across the equities markets. Though up slightly, Matthew Dibb, Stack COO, thinks bitcoin will track traditional assets during “this ‘risk-off’ period.” “Macro factors are currently at play,” Dibbs said.

Wallet forks
Wasabi Wallet has hard-forked the wallet Thursday to address a vulnerability for a hypothetical attack the team assumes has never been carried out. Discovered by a team member at Trezor, a leading maker of hardware wallets, the vulnerability would have interfered with the wallet’s implementation of CoinJoin, a privacy protocol. Users need to upgrade to the latest version of the wallet if they want to continue using the CoinJoin feature. “The flaw’s discovery is another example of the open-source community’s camaraderie and cooperation,” CoinDesk’s Colin Harper reports.

Stablecoin opportunity
Nic Carter, a CoinDesk columnist and partner at Castle Island Ventures, believes the billion-dollar stablecoin market presents an opportunity for the United States, not a threat. “If the U.S. chooses to marginalize crypto-dollars and punish their issuers, not only will they suppress a burgeoning American industry, they will also push users into even less accountable alternatives,” he writes.

DeFi degens
The latest edition of The Breakdown looks at the burgeoning DeFi market and its “degenerate” players.