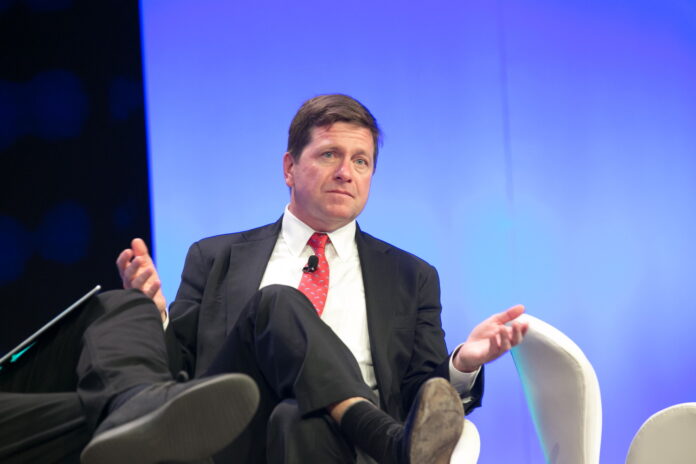 The U.S. Securities and Exchange Commission (SEC) has formally adopted new accredited investor rules, expanding the group of Americans who can invest in private securities.

The new definition, which lets individuals holding certain licenses meet the definition of “accredited investor,” was released for public comment in December 2019.

Accredited investors in the U.S. – which currently include individuals who have a net worth of more than $1 million, annual income greater than $200,000 or entities that meet certain legal requirements – have access to private financial markets the broader public does not.

Still, the move isn’t broadly expanding the list of individuals who can take part in the private markets. Zachary Kelman, a partner at Kelman Law, told CoinDesk shortly after the proposal was unveiled in December that “Wall Street insiders” and similar individuals may benefit most.

Drew Hinkes, general counsel at Athena Blockchain, similarly told CoinDesk at the time that more clarity was needed on what type of credentials might qualify individuals to become accredited investors.

“The proposed modernization would appear to include persons who are licensed to sell securities but who otherwise did not previously qualify to buy private placements as accredited,” he told CoinDesk via Telegram.

Though this may not grow the investor pool by that much, he noted.

Retail acquisitions
Derivatives exchange FTX has acquired Blockfolio in a $150 million cash, crypto and equity deal. Discussions began nine months ago, and play into FTX’s vision of becoming a retail and mobile-friendly exchange. Antigua and Barbuda-based FTX is ranked first by order-book liquidity and seventh by 24-hour volume, having been founded last year, CoinDesk’s Zack Voell reports. Blockfolio, founded in 2014, has six million cumulative downloads and sees 150 million impressions on its news and portfolio tools.

Exchange hosed
Meanwhile, Coinbit, South Korea’s third-largest cryptocurrency exchange, appears to have been seized by police over allegations it faked most of its trading volume, CoinDesk EU News Editor Daniel Palmer reports. Exchange insiders and police said up to 99% of the platform’s trading volume was “manipulated,” or washed, using “ghost” accounts – totalling over 100 billion won ($84 million) in faked income. Seoul Newspaper, which broke the news, said it had seen the books and that 99% of recorded trades could not be associated with deposits or withdrawals.

Acquire, invest, interoperate?
ConsenSys will acquire Quorum, the enterprise blockchain platform developed by JPMorgan Chase, with the mega-bank becoming a customer of ConsenSys. All enterprise work being done at ConsenSys will now fall under the new “ConsenSys Quorum” brand, and ConsenSys plans to merge its existing protocol engineering roadmap with Quorum, including locking down interoperability between the other enterprise Ethereum client Hyperledger Besu. Also announced, JPMorgan has made an undisclosed strategic investment in ConsenSys, which is in the process of raising funds, CoinDesk’s Ian Allison reports.

$1B Ethereum exploit
Over $1 billion worth of tokens on the Ethereum blockchain are missing a software standard released in 2017, setting them up to be hijacked and drained from trading exchanges, according to new research. The vulnerability, called a fake deposit exploit, was pinpointed in 7,772 issuers of ERC-20 tokens, according to several university researchers. A hacker can fraudulently siphon exorbitant amounts of funds at nearly no cost by manipulating code in the smart contracts of ERC-20 tokens listed on cryptocurrency exchanges with deficient transaction verification methods.

Darknet down
Top darknet site Empire Market has been offline for more than three days, prompting fears of an exit scam. According to a Tuesday report by Darknetstats, the site, the most trafficked darknet marketplace, was taken offline on August 22. John Marsh, a Darknetstats representative, raised concerns Empire’s administrators could have absconded with an estimated 2,638 bitcoin ($30.2 million). Empire Market admin Se7en dispelled the rumors. There’s plenty of speculation, but nothing “concrete” about what has happened to the site, CoinDesk’s Sebastian Sinclair reports.

Ribbit leaps
Ribbit Capital, an investor in fintech startups and early backer of crypto, is seeking to raise $350 million for a “blank check” company that would make acquisitions.

While it’s unclear how much Ribbit Leap will focus on crypto or blockchain acquisitions, the filing comes at a time of renewed exuberance in the sector. Aside from the bull run in coin prices, fledgling exchange INX Ltd. has launched an on-chain regulated initial public offering, and heavyweights Coinbase and Ripple are reportedly eyeing public listings.

Futures liquidated
Bitcoin’s latest price drop to $11,400 has forced out weak hands in the derivatives market, according to CoinDesk’s Omkar Godbole. The top cryptocurrency by market value fell by over 3.5% to levels near $11,100 on Tuesday, according to CoinDesk’s Bitcoin Price Index, triggering sell liquidations worth nearly $50 million in futures contracts listed on cryptocurrency exchange BitMEX. “The positives of last night’s move was that it cleared out a lot of the weak leverage longs,” Singapore-based QCP Capital said in a Telegram post, in reference to the perpetuals liquidations.

Bet on decentralization
The fast-growing realm of decentralized finance – semi-autonomous exchanges and lenders erected from interconnected systems of digital tokens and coding atop the Ethereum blockchain – is one of the hottest corners of the crypto industry this year, with $7 billion of value locked, a 10-fold increase over the start of 2020. Now, the big centralized crypto exchanges are finding a way to cash in on the mania, introducing indexes tied to the fate of “DeFi” tokens and new futures contracts and other types of derivatives. For traders, these indexes provide a way to speculate on decentralized finance without going all in on any single project.

Wrap it up?
Digital asset trust company BitGo is considering building an Ethereum sidechain for wrapped bitcoin (WBTC), amid historic highs in Ethereum fees. CTO Ben Chan said the company is “reaching out” to community partners to build an alternative for its popular product, an ERC-20 token with a 1-1 peg to bitcoin, which has become a key component of the decentralized finance space. BitGo currently secures some 46,000 BTC (~$500 million) through a custodial patchwork and is not “committed to anything in 2020.” Ethereum fees peaked on Aug. 13, with little sign of abating.

No government!
Liquity is a DeFi project that wants to launch without token governance, CoinDesk’s Brady Dale reports. It has started running ideas for farming schemes by its early supporters, ahead of its stablecoin mint that works much like MakerDAO, lending against collateral with a low-volatility token. Notably, Liquity’s smart contract will adjust as needed without a governance committee of token-holding people. “All of the system parameters are automatically controlled by the algorithms,” CEO Robert Lauko said.

Unintended consequences
As companies have to shift their business model to contend with low interest rates, the largest find themselves in a comparatively better situation.