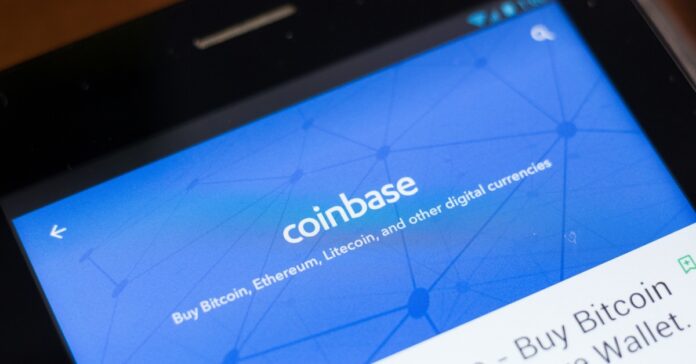 Coinbase will offer non-aligned employees a severance package, Kadena looks to cut into the DeFi market with a new decentralized exchange and Sushiswap is hemorrhaging liquidity.

Severance offer
Coinbase CEO Brian Armstrong sent his employees a letter telling them to get in line with a new company “culture shift,” offering those unwilling to do so a “generous separation package.” CoinDesk has obtained a copy of the letter. The package includes four months’ severance for employees who have been at the exchange less than three years or six months for longer-term employees. Employees will have until Oct. 7 to submit a form to begin the process of severance if they are unhappy with Armstrong’s public commitments to remaining uncommitted and apolitical. The letter says that “life is too short to work at a company that you are not excited about.”

Crypto, copycat
A Chinese video site copycat that raised $2.1 million via an initial exchange offering in August 2019 lost a court battle. Dilidili launched in 2015 as a clear mimic of popular Chinese video streaming site Bilibili. Five years later, the Shanghai Yangpu District Court has said Dilidili has infringed the trademark of its Nasdaq-listed rival and must pay a fine of nearly $500,000. Last year a struggling Dilidili raised funds via crypto and launched a community governance ecosystem and token. “The episode is an example of a failed attempt by Chinese companies to use the concept of cryptocurrency and blockchain decentralization to rejuvenize their businesses,” CoinDesk’s Wolfie Zhao reports.

Overstock overcomes
Overstock.com and former leader Patrick Byrne have prevailed over the dividend-doubting short sellers who cried foul (and filed suit) over the e-commerce site’s issuance of a digital security. Plaintiffs accused Overstock of fraudulently pumping its stock with misleading financial projections, promising to issue a digital dividend to shareholders via its tZERO subsidiary and placing a six month freeze on trading this digital share. On Tuesday, U.S. District Judge Dale A. Kimball tossed the federal class action, saying Overstock had a “legitimate business purpose” for issuing its digital security in its “transition from being a traditional online retailer to a blockchain technology business.”

Funding bitcoin
“If Bitcoin is decentralized, who funds its development?” This longstanding question, historically answered by the quiet work of volunteer Bitcoin developers, now has a new response: a website that allows Bitcoin users to pledge payment for protocol upgrades.

BitcoinACKs’ crowdfunding mechanism is a first in Bitcoin’s open-source landscape. Before, you could sponsor individual developers, but you couldn’t directly fund individual upgrades.

Usually, open-source funding has been the realm of cryptocurrency exchanges or other Bitcoin-related companies. These actors will often offer six-figure lump-sum grants to independent developers to fund their work.

“BitcoinACKs is for funding targeted, specific outcomes. For example, perhaps your business needs a specific API feature, rather than asking for favors or hiring full-time contributors, it’s more convenient to put a bounty on it,” Rochard said.

The website has been around for a couple of years, but Rochard just rolled out a new feature: a pledge option that allows users to commit funding to a specific protocol improvement and pay developers once that improvement is merged into Bitcoin Core.

These pledges can be paid out via Lightning or on-chain payments processed through BTCPay Server.

Sushi’s spoils?
SushiSwap, a DeFi lending protocol modeled on Uniswap, saw $50 million in liquidity exit the system yesterday, the biggest single day drop since September 21. SushiSwap has been on a near-uninterrupted decline since mid-September when its creator made off with, and then returned, the dev fund. After hitting an all-time high of $1.4 billion total value locked (TVL) on September 12, Sushi’s TVL fell by two-thirds to nearly $490 million just a week later. It has declined a further $130 million to $354 million in the past nine days.

See, saw, cycles
Jill Carlson, co-founder of the Open Money Initiative, writes about the cycles of “token” exuberance and actual development in the crypto industry. “There has emerged a pattern of fluctuation back and forth between innovation in crypto assets, discovering the challenges, turning to build blockchain infrastructure, running into roadblocks there and back. Before long (and perhaps sooner than I anticipate) we will see this pendulum of interest swing back from infrastructure to innovation around assets themselves,” she writes.

Anti-woke or joke?
Coinbase CEO Brian Armstrong’s letter has not just the crypto world but the larger world of tech and business talking about the role of corporations in society. NLW dives in.