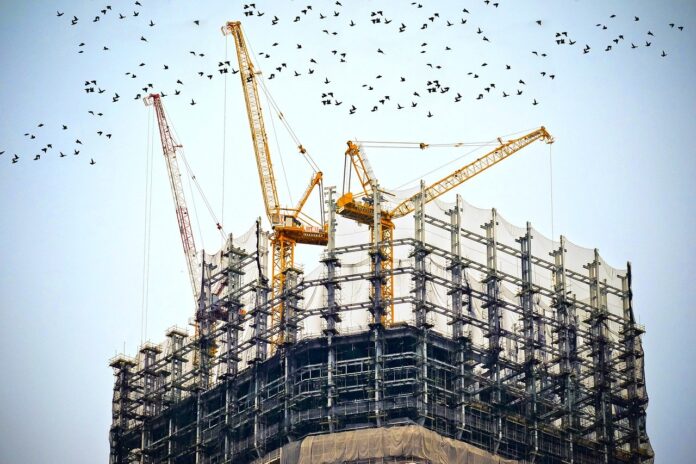 Blockchain has had a short but fascinating history. Though the general concept of the technology was outlined a few decades ago, it has only been in practice for a handful of years. And over the span of that brief history of blockchain, the defining achievement has undoubtedly been facilitating the launch of cryptocurrency. In this article, let’s understand blockchain and how it can change construction.

Blockchain technology functions as a digital ledger that verifies, conducts, and keeps records of digital transactions. It is only via a system of this nature that bitcoin and now dozens (if not hundreds) of other cryptocurrencies can exist. These currencies are purely digital, and the blockchain essentially serves to make them legitimate, helping to establish their value and in a sense serving as a marketplace for their activity.

The initial idea was that bitcoin and other cryptocurrencies would become everyday alternatives to what we might refer to as ordinary money. This hasn’t exactly panned out, though there are certainly ways to spend or transfer cryptocurrency via blockchain transactions. What we’ve really seen, though, is how quickly blockchain-related concepts can evolve. Even with regard to cryptocurrency specifically, one can argue that investment is now a more important function on the blockchain than actual spending.

Today, it’s common practice to buy or sell cryptocurrency as a means of investment. There are ways to do this without actual direct transactions, such a through CFD or futures trading. For the most part though, cryptocurrency trading occurs over the blockchain, with quantities of different assets being bought and sold in an attempt at financial gain. This alone shows how quickly and profoundly blockchain’s purpose can evolve, even with regard to cryptocurrency. In a matter of years, it has advanced beyond being a digital ledger, and is now effectively a trading platform as well.

Even as this change has happened in the cryptocurrency world though, the blockchain has evolved to suit other purposes as well. At this point in fact, there are numerous industries that are being disrupted by blockchain, including banking, real estate, healthcare, and others. And one more industry that doesn’t always get as much attention, but which will absolutely be changed by blockchain, is construction.

Upon first thought, especially if you aren’t particularly familiar with blockchain, this might sound like an odd fit. We think of construction as a very hands-on industry with little to do with the digital world, and thus it doesn’t naturally come to mind as a fit for blockchain disruption. The reality, however, is that there is a lot about this industry that blockchain might be more or less ideally suited for.

Also Read: How can unmanned flights be monitored with the help of blockchain

One article on this topic looked into blockchain’s potential to impact construction and pointed out some of the factors that could make the technology particularly useful. The article highlighted “contractual processes and paperwork” relating to building codes, safety regulations, and project management — to say nothing of inventory control and any and all involved transactions. All of these things are vital to real estate projects, and all of them, in theory, could be moved to the blockchain. There, they would be at least partially automated, and it’s likely that a great deal of time would be saved (and hassle avoided).

The basic idea here is that blockchain tech can be used to perform cause-and-effect functions. So, for example, a construction company can input a function that transfers funds to a supplier when the company receives material; it might organize agreements regarding safety and regulation to be digitally catalogued once all involved parties have signed. From these examples, you can begin to see how any number of necessary functions in a standard construction project might be made more exact and more efficient via the blockchain.

For the most part, this disruption hasn’t quite taken effect just yet. With blockchain tech continuing to spread into new industries though, and with such clear potential benefits, construction is a likely candidate to integrate the tech in the near future.