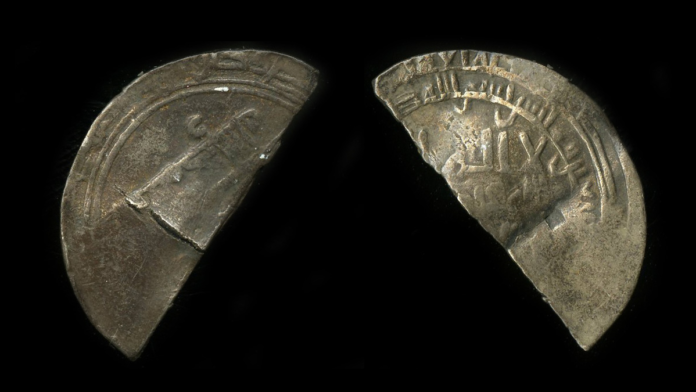 Frances Coppola, a CoinDesk columnist, is a freelance writer and speaker on banking, finance and economics. Her book “The Case for People’s Quantitative Easing,” explains how modern money creation and quantitative easing work, and advocates “helicopter money” to help economies out of recession.

On May 11, block 630,000 on the Bitcoin network was mined. The rate at which new bitcoins are produced promptly dropped from 12.5 to 6.25 approximately every 10 minutes. Many people expected this “halving” to trigger a sustained rise in bitcoin’s U.S. dollar price, as it did after previous halvings in 2013 and 2017. And indeed, bitcoin’s price is now trending upwards after an initial sharp fall immediately after the halving. So is there going to be another bitcoin bull run?

The halving has come at a time when the U.S. Federal Reserve is creating unprecedented amounts of new money through “quantitative easing.” For bitcoiners, such profligate fiat money creation only serves to emphasize the soundness of bitcoin, with its built-in scarcity. Echoing the famous message that Satoshi left on Bitcoin’s genesis block, F2Pool, which mined the last block before the halving, etched this on the blockchain: “NYTimes 09/Apr/2020 With $2.3T Injection, Fed’s Plan Far Exceeds 2008 Rescue.” The implication is clear: The Fed’s action is bullish for bitcoin.

Everyone knows that when the Fed does quantitative easing (QE), it is putting new money into the economy. It buys assets from the private sector, which it pays for with newly created dollars. These new dollars circulate in the economy, stimulating activity and raising inflation.

As recently as two years ago, the Fed was doing quantitative tightening. It allowed U.S. Treasury bonds on its balance sheet to mature, and burned the money the U.S. government paid it to redeem them. Between 2016 and 2018, the Fed cut base money – the dollars it directly creates – by half. But Bitcoin’s code doesn’t include any mechanism by which the supply of bitcoins can be reduced. Bitcoin can’t burn bitcoins. So it is just wrong to call the halving “quantitative tightening.”

The Fed ended quantitative tightening when international dollar shortages started to cause serious strains in financial markets. It has been putting new money into the system since last September. Now, with the coronavirus pandemic threatening to cause a global depression, the Fed has cut interest rates to zero and embarked on a mammoth QE program. The quantity of base money in circulation will soon be the largest in history. But the dollar exchange rate continues to soar as spooked investors rush into dollar-denominated assets. Despite the Fed’s best efforts, the world remains desperately short of dollars.

However, all that new money rushing round the system could result in high inflation once the economy emerges from its pandemic-induced slump. So bitcoin’s halving has come at just the right moment. Instead of investing in an asset that is being systematically inflated, why not invest in one that is scarce by design and set to become even scarcer?

See also: Third Halving Turns Out to Be Non-Event for Bitcoin’s Price

The problem with this is bitcoin isn’t becoming scarcer. The quantity of bitcoins in circulation is still increasing, just more slowly. The halving is equivalent to the Fed cutting the rate of QE asset purchases by half.

Currently, Bitcoin isn’t “hard money.” Its supply is not fixed, and will not be for a very long time. The famous 21 million limit won’t be reached for over a century, if it is ever reached at all. Diminishing returns may mean miners drop out before the last bitcoin can be mined. Bitcoin’s supply isn’t increasing as fast as the supply of dollars, true, but then it isn’t the world’s preferred savings vehicle at a time of crisis – and bitcoin supporters might want to think about why it still isn’t, after a decade of ultra-low interest rates, three rounds of QE and (now) the biggest money creation program the world has ever seen. Perhaps exorbitant Fed money creation isn’t quite as bullish for bitcoin as its advocates like to think.

So the halving hasn’t made bitcoins scarcer for investors. But there is a group for whom it is now scarcer than it was a couple of weeks ago. Miners.

The purpose of Bitcoin’s periodic halvings is to make bitcoins scarcer for miners. Halving the rate of production of new bitcoins represents a loss of about $58,000 per block mined. So we could call this a pay cut for miners. Or we could say the subsidy that network users pay to miners has been reduced by half. Miners have to work harder for their rewards, which forces out less efficient miners. And as the block reward diminishes, transaction fees make up a larger proportion of miners’ profits. By the time the last block is mined, nearly all of miners’ profits will come from transaction fees.

Sure enough, since the halving marginal miners have started to drop out, and transaction fees have become a larger proportion of the remaining miners’ profits. The halving is doing exactly what it was supposed to do.

The Fed’s behavior was driving up demand for bitcoin before the halving. A slower production rate will widen the gap between supply and demand, increasing the rate at which the price rises. But as anyone with a rudimentary grasp of economics will know, when demand exceeds supply, the price rises until either supply increases to meet demand or demand falls to meet supply.

In the case of bitcoin, supply can’t increase any faster than the code allows, and the code has just slowed it down considerably. Eventually, buyers will drop out and the price will fall. Given the rate at which transaction fees and confirmation times are rising, that could happen sooner rather than later. Paradoxically, therefore, the halving could both increase the rate at which bitcoin’s price rises and bring forward the point at which it crashes.

The Fed’s money creation is already pushing up bitcoin’s price, and bitcoin’s halving could accelerate this rise. There’s still time for a post-halving bull run. But the price rises after the last two halvings both ended in major crashes. If there is a bull run this time, it will probably be short-lived.