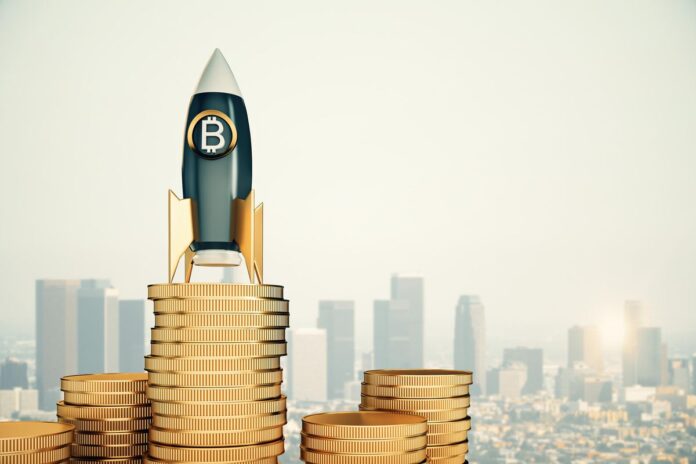 Get Forbes’ top crypto and blockchain stories delivered to your inbox every week for the latest news on bitcoin, other major cryptocurrencies and enterprise blockchain adoption.

Although Fed Chair Jerome Powell announced a significant policy change leading to more tolerance for inflation Thursday, casting doubt on the future strength of the U.S. dollar, the move didn’t help bitcoin aside from a small, short-lived spike, with expectations already priced in.

Investors are still optimistic about the long-term prognosis. The top 10 crypto wallet apps like Coinbase and Binance saw a record number of downloads in July, suggesting to tech investor Cory Klippsten that “we’re in the early stages of another bull market.” The audacious Winklevoss twins wrote a blog post Thursday making the case for bitcoin to reach $500,000.

Giesecke & Devrient is a little-known German company with the critically important behind-the-scenes function of printing money for many of the world’s nations (though not the U.S.). But with consumers worldwide making more of their purchases digitally, G&D is adapting too. In July, it led a $17 million Series A round in Swiss startup Metaco, which provides custody services for bitcoin and stablecoins.

Last year, it unveiled a platform called Filia that enables central banks to issue digital versions of their currencies using distributed ledger technology. How much will it cost to create central bank digital currencies? “Give me a year or two and maybe I can say,” CEO Ralf Wintergerst demurs.

Fidelity filed paperwork with the SEC Wednesday for the previously unknown Wise Origin Bitcoin Index Fund I, which was incorporated this year. The minimum investment to join the pooled investment fund is $100,000, likely leaving it only open for business from institutional and accredited investors for now.

Also, early bitcoin venture capital firm Ribbit Capital filed for a $350 million “blank check” IPO to lay the groundwork for a possible merger. The $2.6 billion firm has stakes in blockchain and fintech success stories like Coinbase, Robinhood and Brex in its existing portfolio.

The Fed’s statement during Powell’s presentation from Jackson Hole is a reminder that inflation is a feature of the fiat system, not a bug. But with more stimulus appearing inevitable, the real threat to the U.S. dollar is not inflation, but instead competition from uncorrelated assets like bitcoin if people decide they’re better alternatives.

Bitcoin doesn’t have a monopoly on the competitive landscape, though. China will attempt to upend global finance with its digital yuan, part of its goal to internationalize its renminbi fiat currency. And Raghuram Rajan, a former governor of the Reserve Bank of India, told CNBC  Facebook’s libra could also still compete with bitcoin and central bank digital currencies.

This week, the Central Bank of the Bahamas revealed that it included $48,000 worth of its newly created cryptocurrency called the Sand Dollar on its April 2020 balance sheet, a first for central banks around the world. If it’s a matter of time until usage scales internationally, regulators may have to consider creating a new asset categorization for cryptoassets, which don’t fit neatly into existing accounting classifications.

AAPL
have teamed up to build a decentralized service that allows people to find out whether they’ve been in contact with somebody infected with Covid-19, but several studies have raised the possibility that the software might be vulnerable to bad actors. Authentication codes that allow one cellphone to tell another its owner is infected could be illicitly obtained and copied to artificially inflate the number of apparent infections. It’s unlikely, but possible.

Also, Binance was hit with a concerning study by anonymous researchers suggesting that the exchange is failing to prevent hackers from turning stolen bitcoin into cash.