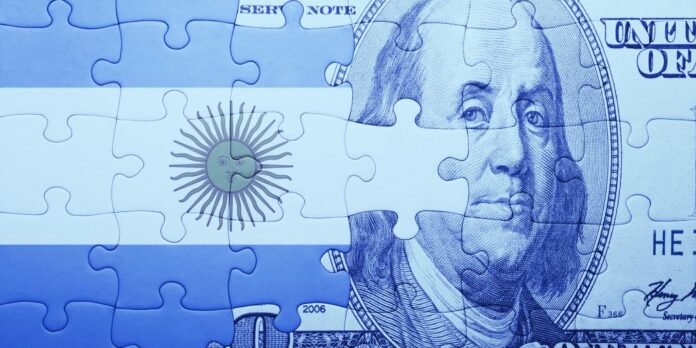 Some countries promote a culture of saving, but for Argentinians, that’s becoming a nightmare.

Argentines’ recent tendency to hoard US dollars because of high inflation of the local currency has led the central bank to hit back. Hoarding dollars could have starved the government of dollar reserves within a year. So, yesterday, the central bank hardened measures to avoid this practice by imposing a new 35% tax on purchases made in dollars.

Argentines, however, have already countered by buying up DAI, a decentralized stablecoin running on the Ethereum blockchain, which has become increasingly popular in Argentina.

This year, the demand for US dollars has grown by 900% in the country, with the central bank monopolizing the supply. According to data compiled by tech news site iProUp, The number of people who bought dollars increased from 435,000 in April to 5 million Argentines last month. And the demand for its crypto counterpart in DAI has similarly spiked, according to the Argentine news source.

Fernando Marull, an economist partner at Argentine firm FM&A told iProUp earlier this week that the consequences of not doing something to curb the demand for dollars could be disastrous for the country.

Argentina’s central bank would continue to need to distribute $1.1 billion in USD per month. This, he explained, is unsustainable for Argentina, given that its net reserves were $8 billion in USD in August. That would drop to $3 billion by December, and then to zero by next April.

To counter this imbalance (the exponential growth of buyers and decreasing liquidity), the government has established a 35% tax on all purchases made in dollars and limited the amount of dollars citizens could legally get their hands on.

“The initiative aims to maintain the current quota of $200 per month, while discouraging the demand for foreign currency made by individuals for hoarding purposes and card expenses,” said the Central Bank of Argentina in an official press release yesterday. Simultaneously, the country’s president told the Brazilian newspaper Folha that “the dollars are for productivity, not for savings.”

The price of the dollar on the black market rose after the news broke, going from 130 to 150 pesos before stabilizing at 145 pesos. That’s an all-time high, beating out the previous historical peak of 140 pesos reached at the end of July.

Get dollars or DAI trying

Along with the dollar, a stablecoin designed to hold its value also boomed in price and volume: MakerDAO’s DAI.

Just hours after the news about the taxation scheme spread, trading volume for the DAI-ARS pair (that’s people trading DAI for Argentine pesos) soared and came close to record levels. The same goes for its price–even though it’s, er, supposed to be pegged to the dollar, Argentines are paying more than that to get their digital hands on them.

On Ripio, a Latin American-based crypto trading platform, the stablecoin peaked at 142.50 pesos with over 12,000 DAI moving in just one hour. That’s almost 3X the average. Activity then dropped to normal levels, but prices did not recover.

DAI is quite popular in Argentina thanks to a perhaps not-so-healthy mix of a failed economy and a great PR campaign: “It was slow to start, but once we launched a system  n local Telegram communities, where users can reward one another with Karma points to improve trust, it really took off,” said Mariano Di Pietrantonio, the Maker Foundation’s community lead for Latin America, in a company blog post.

“DAI is a good option because its price is relatively objective and not subject to government control,” Ariana, a Venezuelan designer based in Argentina who receives remittances and payments in DAI told Decrypt. “This allows people to save and even make some purchases by converting their cryptocurrencies through services such as Bitpay or Bitrefill.”

That enthusiasm for DAI is so far still limited, Ariana noted: “There is still a long way to go because cryptocurrencies are little known.”

But even Bitcoin is being traded at a premium in Argentina. Right now, it is priced at 1,603,381.5 Argentine pesos, on average, according to Ripio. Considering the price of the “blue dollar” is 142 pesos, that computes a price of roughly $11,200 USD per BTC. On most other exchanges throughout the world, Bitcoin is currently trading below $11,000.

The views and opinions expressed by the author are for informational purposes only and do not constitute financial, investment, or other advice.