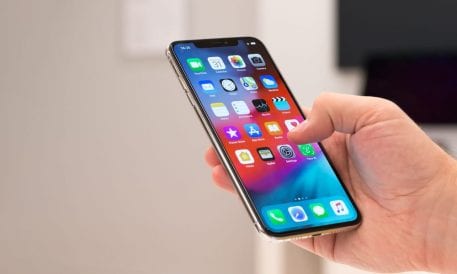 Apple has purchased Canadian company Mobeewave, which will allow it to create mobile pay hubs out of iPhones, Bloomberg reported.

The deal went down for $100 million, according to sources quoted by Bloomberg. Mobeewave specializes in letting shoppers utilize their smartphones to access a credit card and process payments.

The system works via an app and does not require any further hardware beyond a Near Field Communications (NFP) chip, the likes of which have been included in iPhones since 2014, Bloomberg wrote.

The acquisition follows Apple’s pattern of buying startups to assimilate new technology into its own products. In 2014, Apple incorporated Apple Pay into its iPhone, allowing payment with just a tap in retail stores using the phones, and last year, the tech giant launched its Apple Card, a credit card. By incorporating Mobeewave’s tech, the company would be able to offer quick, easy payments with no other apps needed, Bloomberg writes.

Last year, Mobeewave partnered with Samsung to enable Samsung phones to use the tech. Samsung’s venture arm is an investor in Mobeewave.

That partnership, PYMNTS reported, resulted in a pilot program with over 10,000 downloads of Samsung’s POS app, which smaller businesses used as a boost for their sales.

Apple reportedly retained the entire team of around 100 Mobeewave employees working in the Montreal office, Bloomberg says, and the office will remain where it is.

By making the deal, Apple positioned itself in competition with Jack Dorsey’s Square, which has been a frontrunner in payments tech for smartphones and tablets.

In January, Mobeewave debuted a new program to allow restaurant customers to access simple, contactless digital payments, PYMNTS reported. The program, a collaboration with Incentivio, was meant to help get rid of the need for cables or card readers.

Rajat Bhakhri, CEO of Incentivio, said the idea was meant to capitalize on restaurant customers’ need for frictionless, simple ways of paying, with the companies estimating the value for an average order could be boosted by 64 percent.

Staying home 24/7 has consumers turning to subscription services for both entertainment and their day-to-day needs. While that’s a great opportunity for providers, it also presents a challenge — 27.4 million consumers are looking to cancel their subscriptions because of friction and cost concerns. In the latest Subscription Commerce Conversion Index, PYMNTS reveals the five key features that can help companies keep subscribers loyal despite today’s challenging economic times.