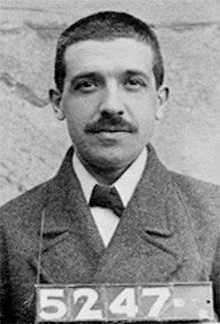 Authorities in China have reportedly arrested 27 suspects who are allegedly responsible for conducting one of the largest cryptocurrency related scams, which is now well-known as the Plus Token Ponzi scheme.

The arrests were made following extensive investigations by local agencies including China’s Ministry of Public Security, which is the nation’s main police force agency.

Chinese investigators have also taken 82 other suspected members of the multi-billion dollar crypto scam into custody. This, according to the latest report from local media outlet CLS.

The Plus Token scam had expanded to more than 3,000 pyramid scheme type layers since 2019. The fraudulent scheme reportedly targeted more than 2 million investors by luring them with seemingly lucrative cryptocurrency investments. The fraudsters had asked for payment in Bitcoin (BTC) in exchange for an opportunity to invest in profitable tokens, but it was actually just a huge scam.

Local sources confirmed that investors may have lost as much as 40 billion yuan (CNY or RMB) or $5.7 billion to the Plus Token Ponzi scheme.

Notably, this case marks the first time that Chinese officials have managed to bring down such a large-scale international Ponzi scheme that involved Bitcoin (BTC), the leading cryptocurrency with a market cap of over $200 billion at the time of writing.

Police officials in China said they began their investigations in 2019, and had initially taken six suspects into custody, as they were thought to be connected in some way with the Plus Token scam.

The 109 so-called leaders and core members that have now been arrested had actually left mainland China, presumably in an attempt to evade law enforcement. The reports released so far have not made it clear exactly where the fraudsters were arrested.

The six individuals arrested last year had been extradited to China from Vanuatu, which is one the locations from where the Plus Token scam was conducted.

Dovey Wan, a digital asset investor who regularly shares the latest developments, particularly from China, noted that there were several legal enforcement actions taken by authorities during the past 12 months. She confirmed that the Plus Token “core” team was operating from many different locations across the globe.

Wan claims that Chainalysis and another entity (@ErgoBTC on Twitter) had tracked the movement of the stolen funds. They found that the funds had been laundered and split. There was also reportedly a recent movement detected as the scammers moved their EOS / Ethereum (ETH) pool.

4 Statistics to Know Before Investing in Crypto