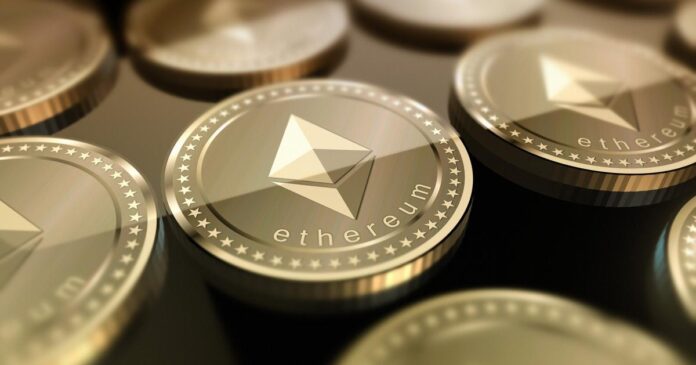 September is set to be a season of big news for many cryptocurrencies. This could prove explosive and profitable for investors who keep well informed on the best cryptocurrencies to buy.

Some investors prefer to purchase their speculative assets based on the fundamentals of the asset in question. Fundamentals come from news and developments to the technology and value provided by a cryptocurrency.

With that in mind, here are several cryptocurrencies with news and developments in September and the third and fourth quarters of 2020.

Ethereum is set to launch the first phase of its Ethereum 2.0 upgrade in the fall. This could be as early as September. Its site describes the following upgrades:

“Eth2 is a long-planned upgrade to the Ethereum network, giving it the scalability and security it needs to serve all of humanity. The first stage of Eth2, called Phase 0, is planned to launch in 2020.

Eth2 will reduce energy consumption, allow the network to process more transactions, and increase security. Technically speaking, Ethereum will become a proof-of-stake blockchain and introduce shard chains. This is a huge change to how Ethereum works and it should bring equally huge benefits.”

The huge change quoted above should spark both hope and worry in investors.

If you follow fintech news, you may already know the huge change refers to how Ethereum works in the sense of switching from Proof-of-Work to Proof-of-Stake when it comes to securing all the transactions that occur on the Ethereum blockchain.

Proof-of-Stake is a method of securing transactions simply by holding a stake in the transactions. For Ethereum 2.0, that stake will be a minimum of 32 Eth.

Currently, Ethereum runs on Proof-of-Work to secure all transactions. Thousands of computers around the world ‘mine’ Ethereum in a POW algorithm. Though this secures the blockchain it also consumes a vast amount of energy. By some measures, POW mining for Ethereum and Bitcoin consumes more energy than small countries like Austria and The Philippians.

Ethereum 2.0 claims to eliminate 99% of that energy consumption. This should prove explosive and profitable for the price for multiple reasons:

Conversely, if Ethereum 2.0 does not live up to its promises or is further delayed in deployment, then investors may see explosive moves to the downside. Either way, September should prove a new stepping stone for Ethereum, its dApp developers, and its investors.

Beam is a privacy coin developed using the Mimblewimble blockchain technology first proposed in 2018. Since Beam’s launch in 2019, the coin has seen high swings and lows, as is normal for price discovery.

If you keep updated on movements in money and cryptocurrencies, you may have noticed the popularity of DeFi in 2020. DeFi stands for Decentralized Finance. Binance Academy defines and explains DeFi in brief by stating:

“DeFi may be defined as the movement that promotes the use of decentralized networks and open source software to create multiple types of financial services and products. The idea is to develop and operate financial DApps on top of a transparent and trustless framework, such as permissionless blockchains and other peer-to-peer (P2P) protocols.

“Decentralized finance brings numerous benefits when compared to traditional financial services. Through the use of smart contracts and distributed systems, deploying a financial application or product becomes much less complex and secure. For instance, many dApps are being developed on top of the Ethereum blockchain, which provides reduced operational costs and lower entry barriers.”

The popularity of DeFi is particularly strong in the cryptocurrency space because of the new opportunities it gives to holders of cryptocurrency.

Beam is of particular interest because it combined DeFi with privacy. In September and beyond, Beam is update titled Eager Electron. This update will bring privacy to Decentralized Finance.

Financial privacy is quite important to people from all walks of life. The ability to not have your financial data sold by banks, bundled into a credit score to be judged, and simply held in confidentiality is a service that Beam offers which brings value to many.

As private DeFi and confidential assets come into the market, Beam could see more traction. This should affect the price in an explosive manner.

If, however, not as many people use this service as would be believed, then the price may not make any moves.

Enjin is an Ethereum based coin and platform. On August 28 and 29, they will be attending the Smart Contract Summit. There, they may discuss more developments from the smart contract they pioneered in-house: the ERC-1155 smart contract.

The ERC-1155 smart contract is of particular note because it helps a particularly booming industry: esports.

Esports is growing at an exceedingly rapid pace. Business Insider points out that, “Total esports viewership is expected to grow at a 9% compound annual growth rate (CAGR) between 2019 and 2023, up from 454 million in 2019 to 646 million in 2023, per Business Insider Intelligence estimates. That puts the audience on pace to nearly double over a six-year period, as the 2017 audience stood at 335 million.”

These numbers are astounding considering how new esports is as an industry.

Enjin is seeking to tap into that by using their own ENJ coin. They infuse their ENJ coin into smart contracts that govern in-game items.

When a gamer purchases a legendary sword in an esports game, they can then use it and sell it whenever they want. This turns esports game items into collectibles.

But Enjin saw how difficult it is to scale collectible items on Ethereum when Cryptokitties clogged the network. Over the years, Enjin worked to create a new type of smart contract that would allow their ENJ coin and in-game items to be purchased, sold, and swapped at faster speeds and cheaper prices than Cryptokitties. Enjin said:

“While ERC-20 and ERC-721 tokens required a new smart contract deployed for each new “class” of token, the core concept behind ERC-1155 is that a single smart contract can govern an infinite number of tokens.

“Think of this like a vending machine that holds a wide variety of soda, juices, and even snacks. A customer interacts with the machine using a single secure interface (inserting a coin, pressing a button), and the machine dispenses the goodies they have selected. In the same way, an ERC-1155 contract made for a game could contain a wide variety of items, from weapons and armor to health potions, magic scrolls, and more.”

These possibilities combine eSports games with blockchain technology to give fans new opportunities. Fans will be able to engage with their favorite characters, Twitch streamers, and game dev studios in a new way — not only through buying the game but also through collecting the items in the game and keeping or selling them to fellow fans.

Since the ENJ coin is minted directly into these items and smart contracts, it should go without saying that when more users enter the platform, more ENJ is used and locked into the items, and price should respond accordingly.

Perhaps in September after Enjin attends the Smart Contract Summit, they will have more news to share about user numbers and the ongoing improvements to their ERC-1155 smart contract.

September will be a big month for more cryptocurrencies than just these three mentioned in the article.

It will also be a big month for cryptocurrency in general since U.S. senators will be returning from recess to consider additional stimulus funds, which might trickle into Bitcoin and other cryptocurrencies.

It would behoove the wise investor to keep updated and reading about cryptocurrencies throughout the month of September.

© 2020 Benzinga.com. Benzinga does not provide investment advice. All rights reserved.